This will probably be my last pregnancy update post because I have, according to the calendar, pretty much come to the end of my pregnancy. As I write this I am 39.5 weeks pregnant and my baby is considered full term, which means that she can arrive any day and when she arrives she should be healthy and "ready". 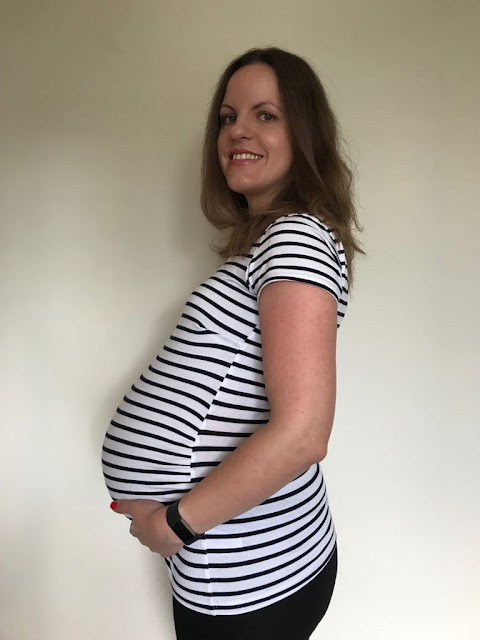 My maternity leave was supposed to start on the 22nd of March (the day after the public holiday), but at my 37 week scan the week before, my doctor said she's going to book me off on sick leave for 19-20 March because  "What are you still doing at work??" and she reckons I need to stay home and relax before the baby arrives. My boss made me go to work on the Monday for an "HR meeting" which turned out to be a surprise baby shower, so I wasn't too cross with him! I didn't know how I would fare at home alone with nothing to do except wait for the baby, so I set up something each day to keep busy. The Monday afternoon one of my good friends came to visit me at home with Seattle coffees in hand, the Tuesday I went for milkshakes after work with one of my blogger besties, and the Wednesday was the public holiday so the hubby and I spent the day at home vegging on the couch. The Thursday was our 38 week scan at the doctor after which I went grocery shopping, and on the Friday I went for lunch with two of my friends.

At the 38 week scan last Thursday the doctor said that I was already 2 cm dilated and that she would be surprised if I made my 39 week scan on the 28th of March... Her prediction was that Olive would arrive on the weekend of the 23rd, but, as you are reading this it's already past that and Olive is still snuggled up in her home of the past nine months... I went for my 39 week scan and the doctor said that not much has changed since the previous scan. So now we wait...

As far as symptoms go, the extreme tiredness has subsided, but that's probably because I can now nap whenever I want to and for how long I want to! The other day I had three naps in a ten-hour span, each lasting up to one hour. The heartburn has also subsided for the most part, probably because Olive dropped and is no longer squishing my intestines. Moving around is just a pain, and bending down even more so. My right leg is constantly in pain as Olive is pressing on some or other nerve that sometimes sends shockwaves through my right thigh and my crotch ("lightning crotch" is a real thing!). Besides that I miss being able to close my legs (sorry) as it's now pretty impossible to sit with my legs closed without it hurting. Speaking of legs hurting: I have leg pains when I sleep at night. They're not cramps, just pains. I take a SlowMag capsule every evening and that helps somewhat, but I still wake up in the early hours of the morning and have horrible leg pains around my knees and calves. Anyone else experienced this?

Olive's room is now officially finished (you can see the nursery tour here): we even got a lamp for the side table (picture below). The car seats are also ready to be installed, we just don't want to put it in our cars just yet, it is South Africa after all and I don't want my window to be smashed just for a car seat! Her carry cot is also ready to be snoozed in. The idea is that she will sleep in our room in her carry cot until she either outgrows the carry cot or she is six months old, then she can sleep in her own cot in her own room. I would like her to sleep in her own cot during the day, just to get used to her own room, but we'll see how it goes. 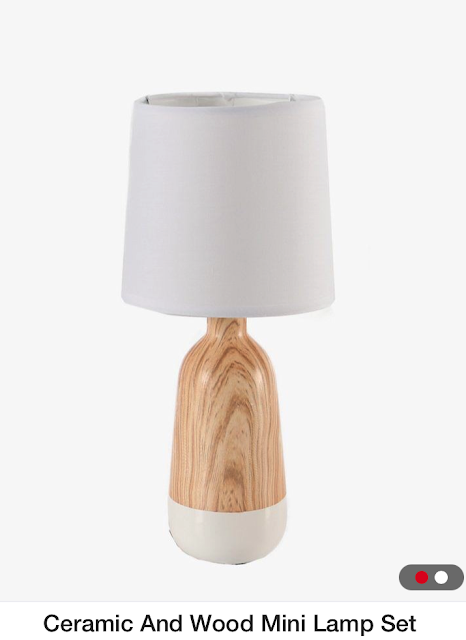 I oscillate between being very nervous and very excited: I have this fear that I'll go into labour and not know it! Not everyone's water breaks before going into labour so I'm scared that this will be me and that I won't realise the contractions are, in actual fact, contractions. The flip side to this is that every ache and pain is now scrutinised and analysed! Everyone around me is on baby watch and almost every day someone will Whatsapp me and ask if I'm still pregnant. In the beginning it was funny but now I'm getting slightly annoyed. I know everyone is excited and that they care, but really people, you'll know when I go into labour!

The one thing that is also making me very scared is the fact that my doctor is going on holiday (for a week!) a day before my due date. I want my baby to arrive when she's ready, I don't want to be induced or to fiddle with the process of starting labour, but I do wish that she'll arrive before my doctor leaves. I don't know the stand-in doctor and I feel that this is a very personal and special event and that my doctor and I have built up a good and trusting relationship over the past nine months.  That being said, I'm sure my doctor wouldn't just have any random doctor fill in for her, so I'll just have to trust the process and believe everything will work out perfectly. Otherwise I'll just have to stay in bed and "knyp" until the doctor comes back (the husband's solution)...