Today's post is about the fourth day in Italy when we were in Florence. Previous posts feature our time in Rome. 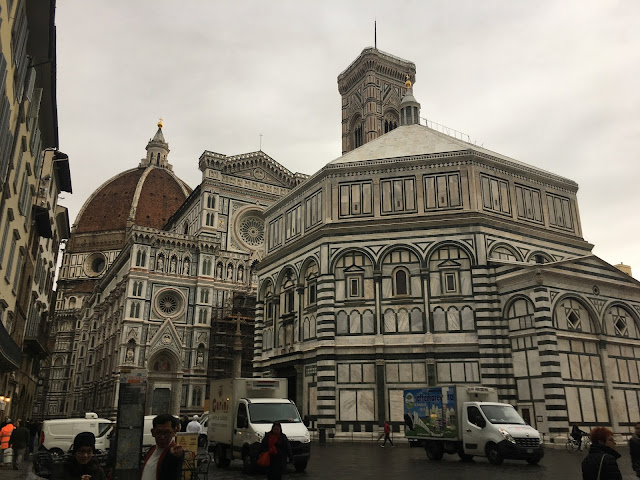 On our first morning there we had the most delicious hotel breakfast. Hotel beds and hotel breakfasts are the best, aren't they? The breakfast consisted of fresh bread rolls, cold meats, cheese, fresh fruit, yogurt, apple pie, plum cake, croissants (plain, chocolate, and croissants with a sweet citrusy syrup),  pastries, fruit juice, and coffee. 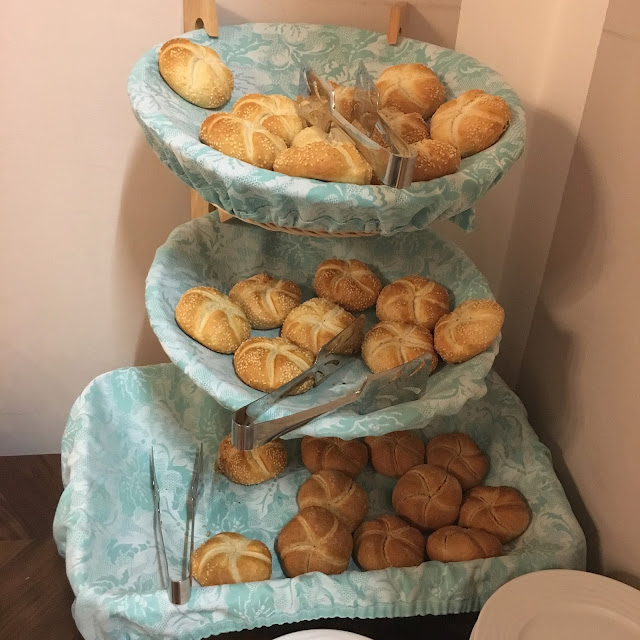 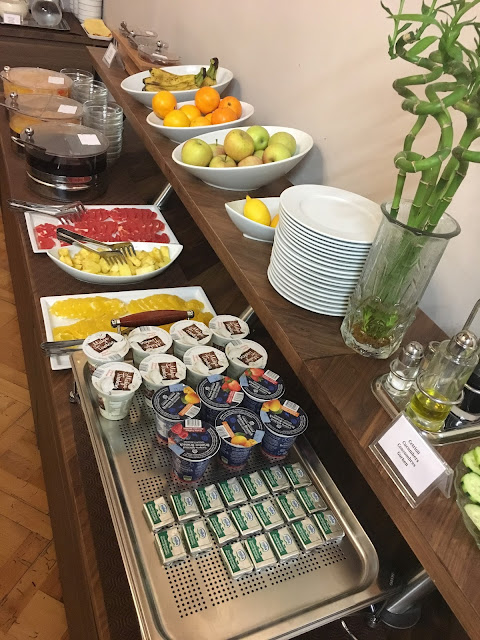 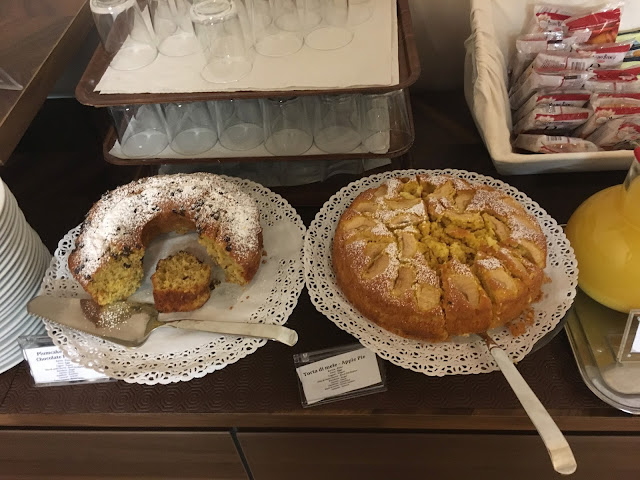 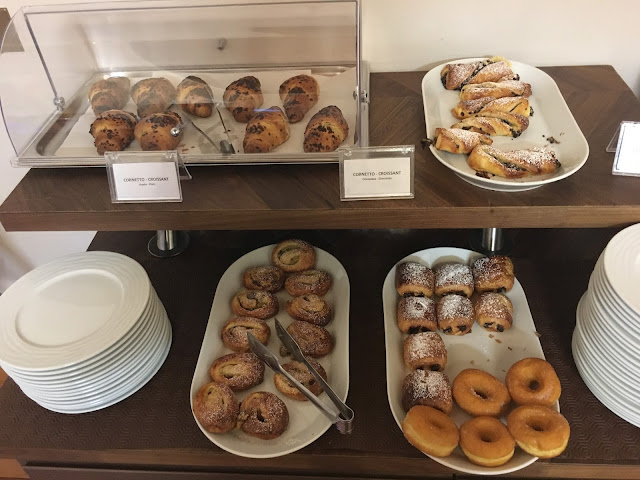 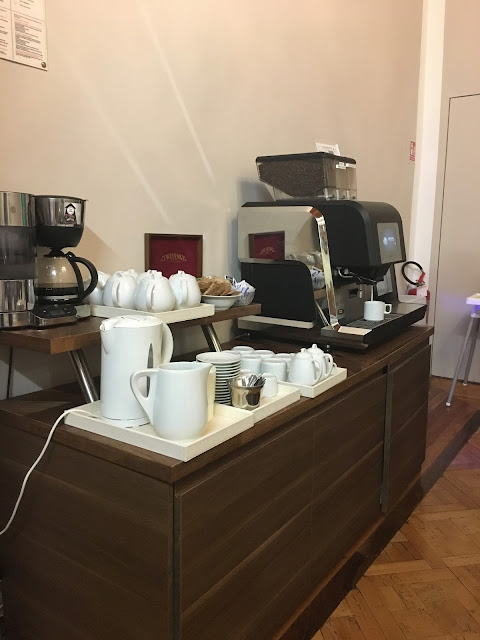 I bought tickets for us to go to the Uffizi gallery which is an art museum located in the historic centre of Florence. I have to say, compared to Galleria Borghese it wasn't that impressive (we might just have been spoiled), but I did manage to see Botticelli's "The birth of Venus" which was magical. 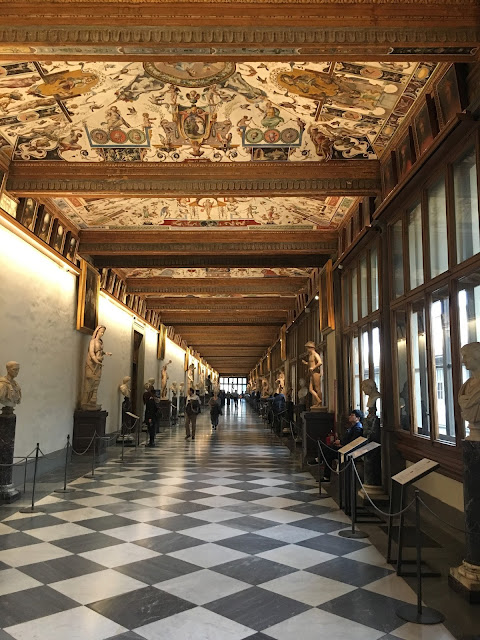 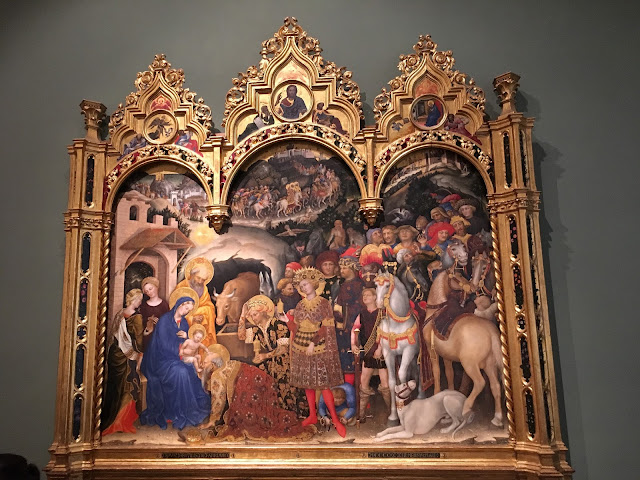 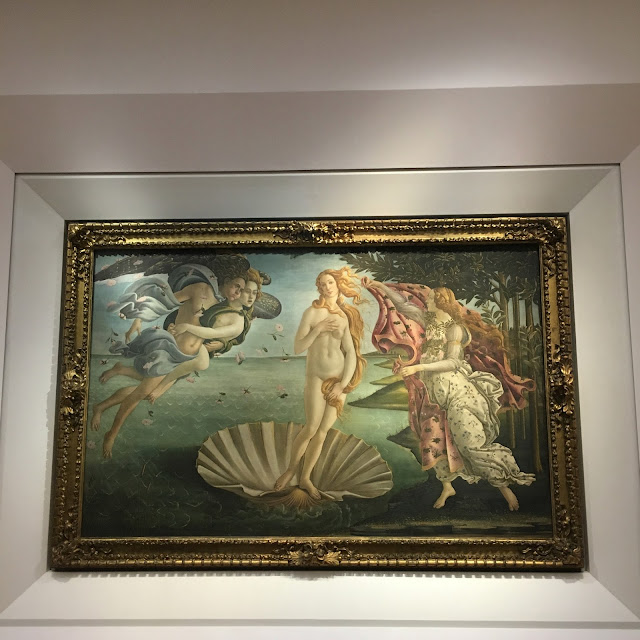 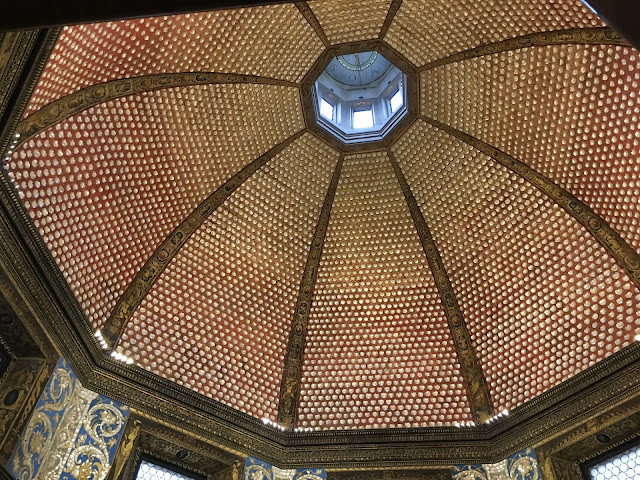 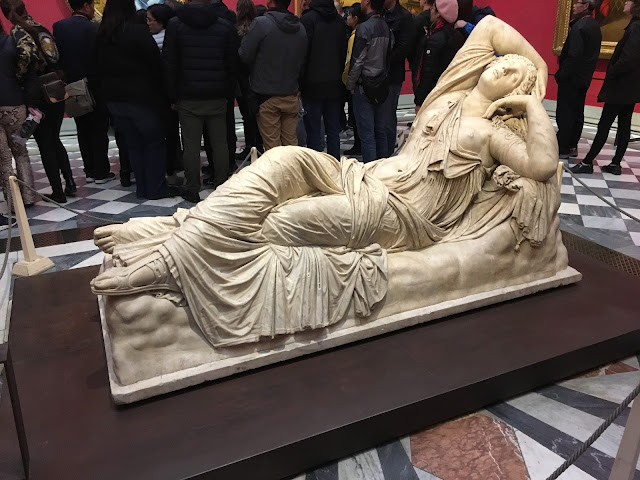 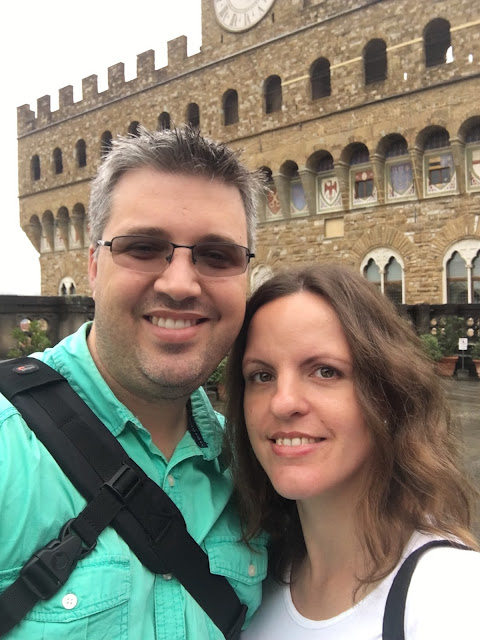 Afterwards we went to the Piazza della Signoria with its copy of Michelangelo's David statue. There is also a small outdoor gallery called the Loggia dei Lanzi where they placed statues for everyone to enjoy. 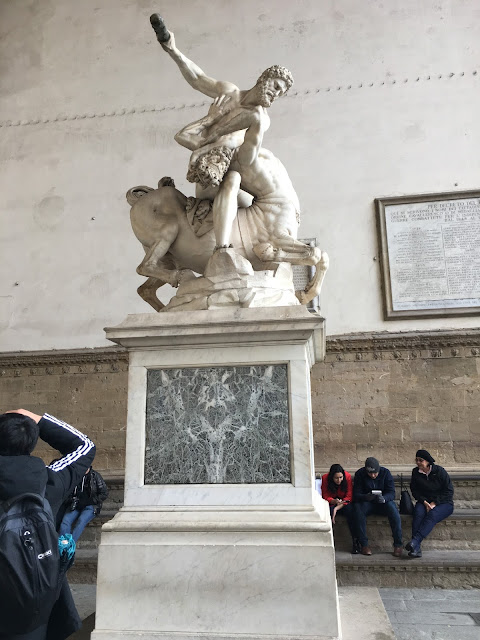 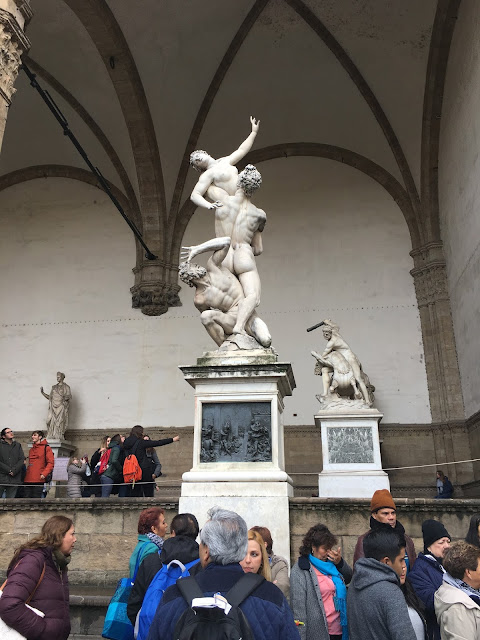 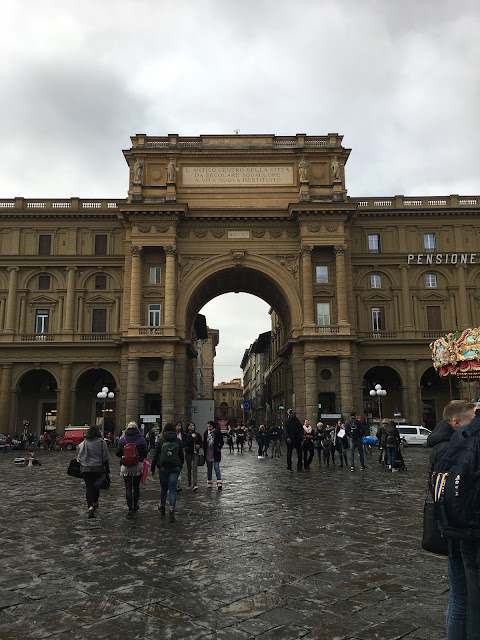 There is a bridge called the Ponte Vecchio (translated to "Old bridge") that goes over the Arno river. There are shops on the bridge and you don't really notice that you're on a bridge until you start looking around and see water on both sides! 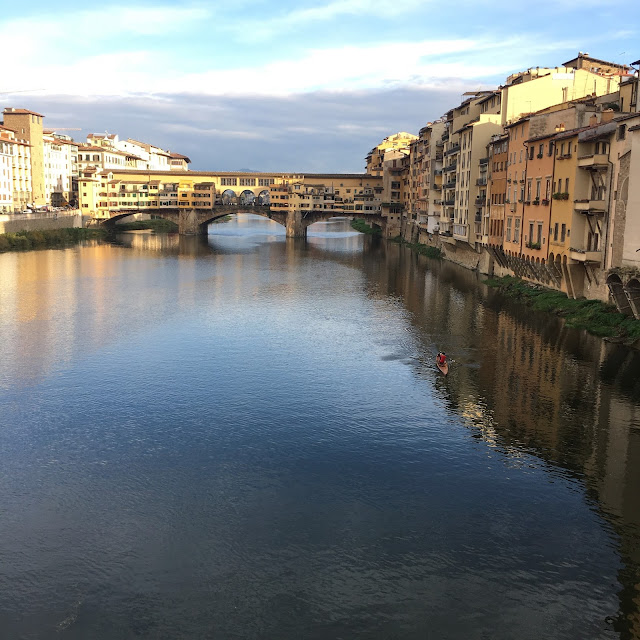 After that we walked around and bought an international sim card so that we could have better access to data and so that I could play Pokemon Go (they have different Pokemon there, ok?). We ate a delicious pizza at a small cafe with a student vibe and the late afternoon we set off to the Galleria dell'Accademia. We didn't prebook tickets so we had to stand in line, but the line moved quite fast (and it wasn't nearly as long as the one for the Colosseum!).

The main reason we went to the Galleria was to see Michelangelo's David. The original and true version. The gallery was very nice but the David statue was by far the highlight. We spent a lot of time just admiring the beauty of the statue. And yes, he is naked and they do not try to hide anything, but if you look past that, the statue is a thing of beauty. Firstly the statue is impossibly tall, much taller than I thought it would be. Secondly, the detail and thought that went into it is breathtaking. It shows the strong muscles and the expression on his face, I can't even explain how beautiful it is. 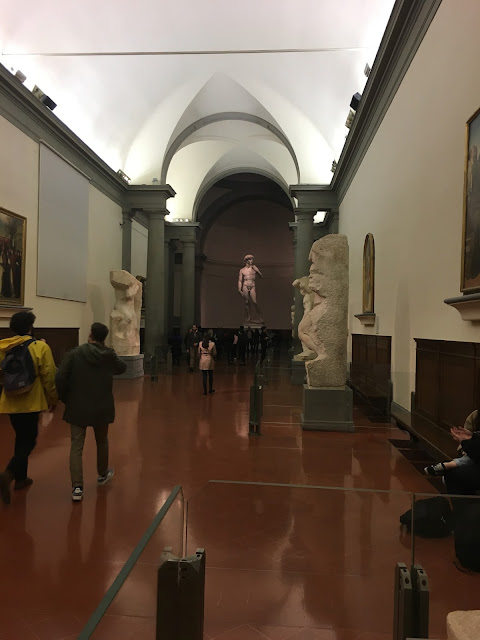 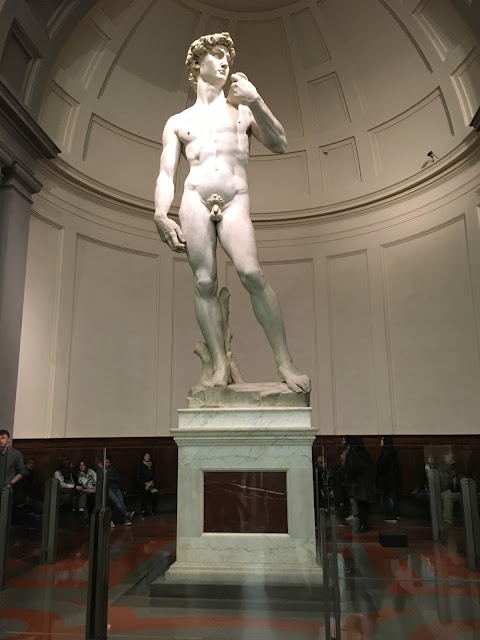 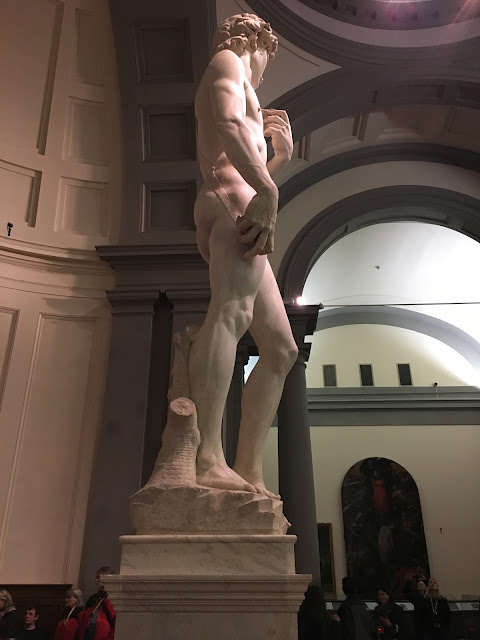 Afterwards we went for dinner. The husband had risotto with bolognese sauce and I had a type of caneloni with tiramisu for dessert. 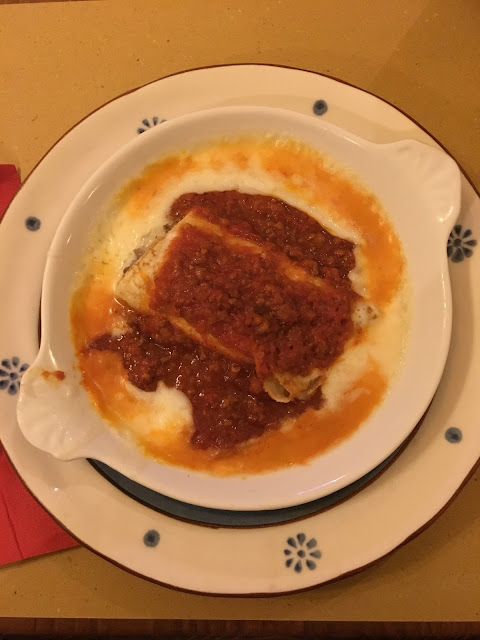 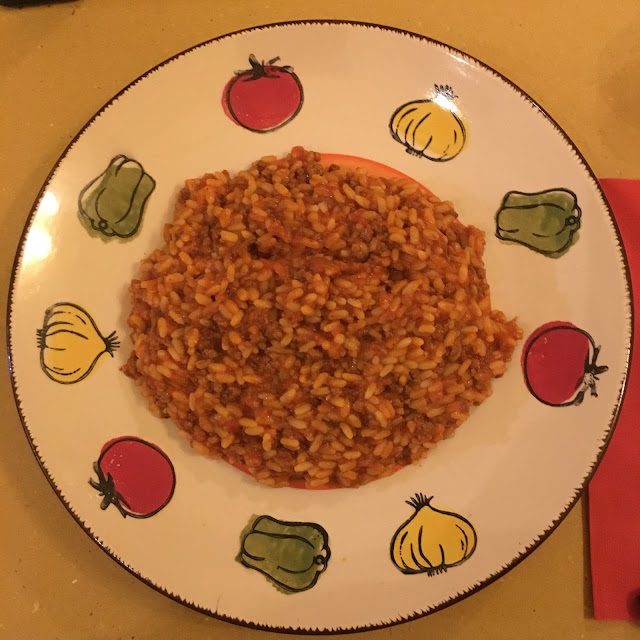 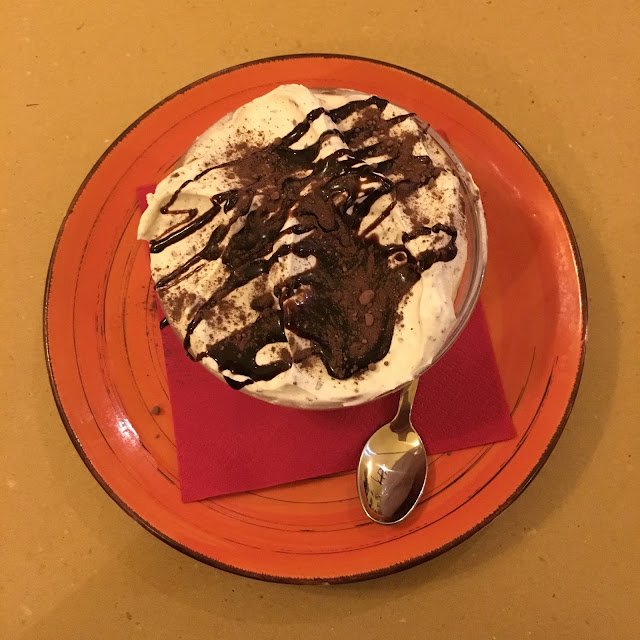 After this we returned to our hotel in the cold and enjoyed the warmth of our hotel room and lovely hotel bed. This was our fourth day in Italy, please check back in for more travel posts.