This is the third installment in my Italian travel series and today's post is about our last day in Rome as well as our first day in Florence.

On our last morning in Rome, Monika told us about a pretty cool historical sight practically just opposite the B&B: the Holy Stairs (Scala Santa) which consist of 28 white marble steps. According to Wikipedia: "According to Roman Catholic tradition, the Holy Stairs are the steps leading up to the praetorium of Pontius Pilates in Jerusalem on which Jesus Christ stepped on his way to trial during his Passion. The Stairs reputedly were brought to Rome by St. Helena in the fourth century. For centuries, the Scala Santa has attracted Christian pilgrims who wish to honor the Passion of Jesus Christ." The only way to go up the Stairs is on your knees while praying. We took the staircase on the other side of the stairs where you can walk up normally. 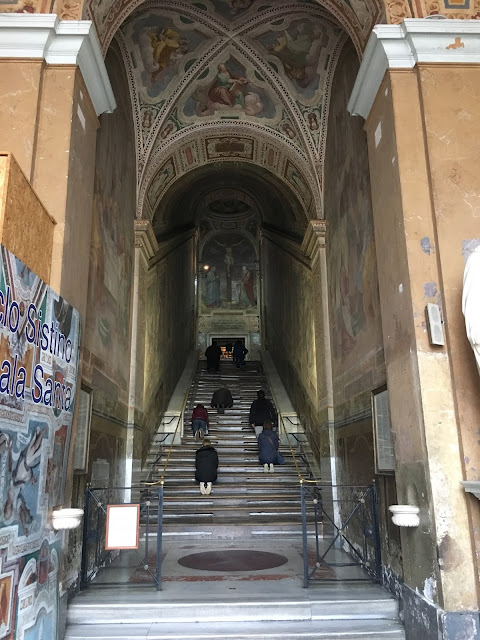 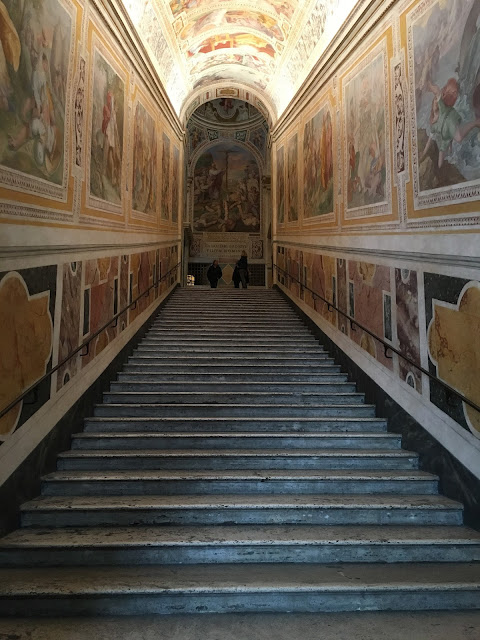 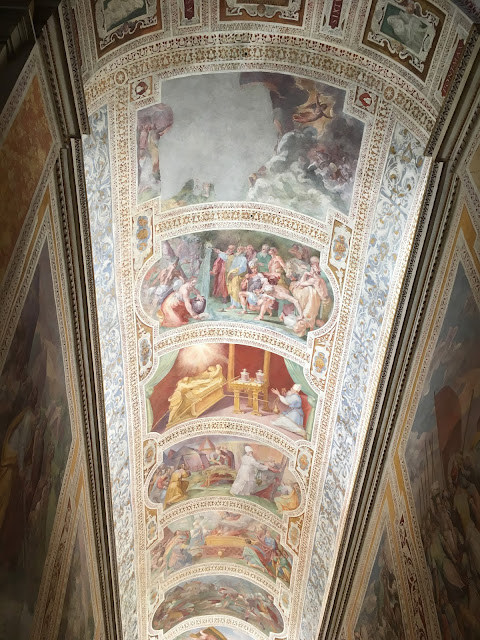 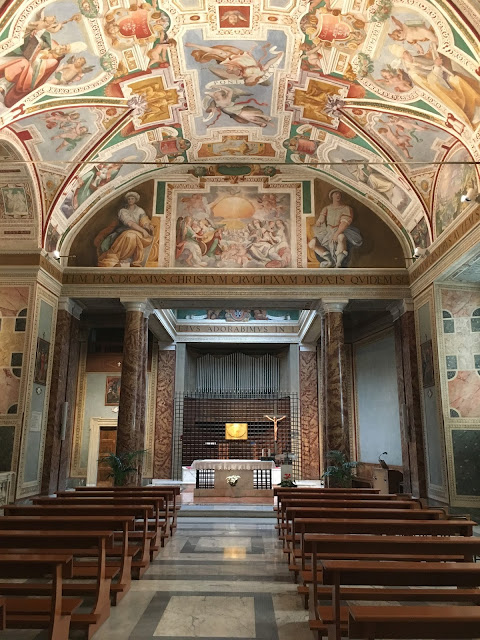 After that we went to San Giovanni in Laterano (or, St. John Lateran). This is the most exquisite church I have ever seen. It is absolutely breathtaking and I would highly recommend it to anyone. It is the oldest and the most high-ranking of all the churches in Rome. It is also referred to as THE church of Rome. It is somehow linked to the Vatican although I can't remember how. I just know that Monika said that San Giovanni is the church preferred by the Pope, although he has to operate from the Vatican. 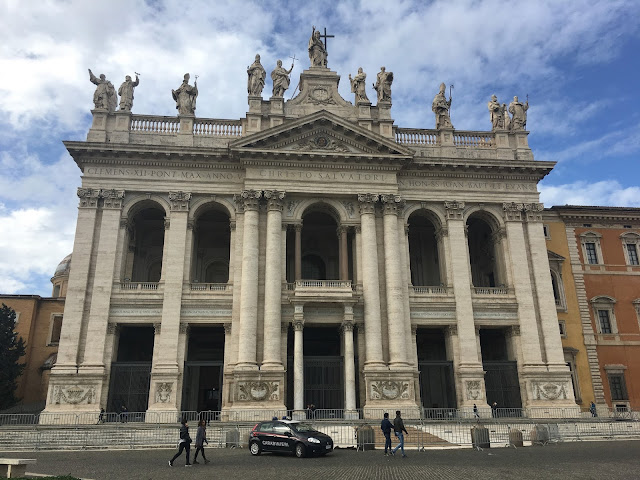 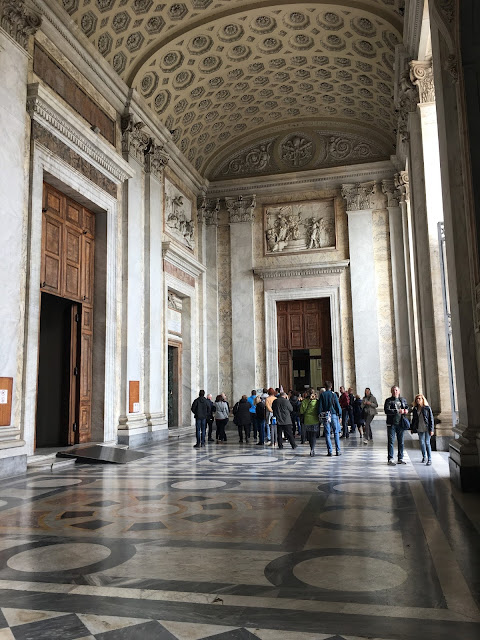 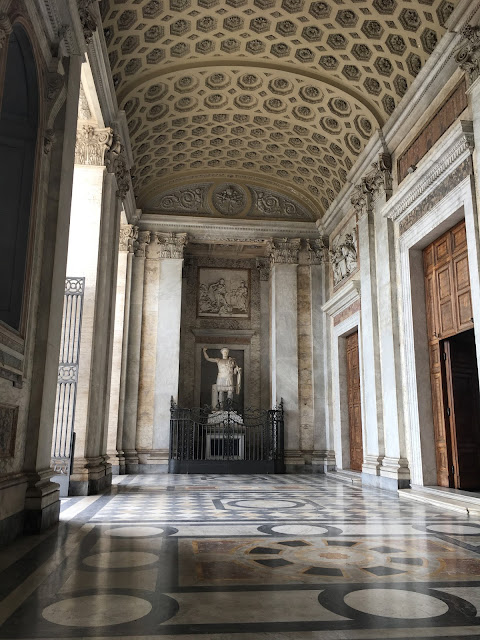 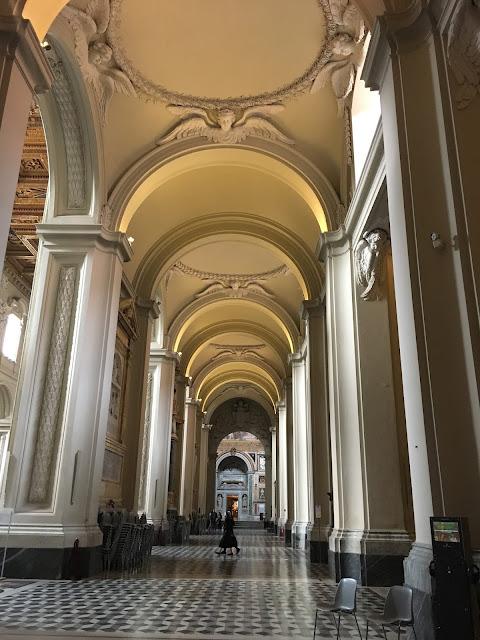 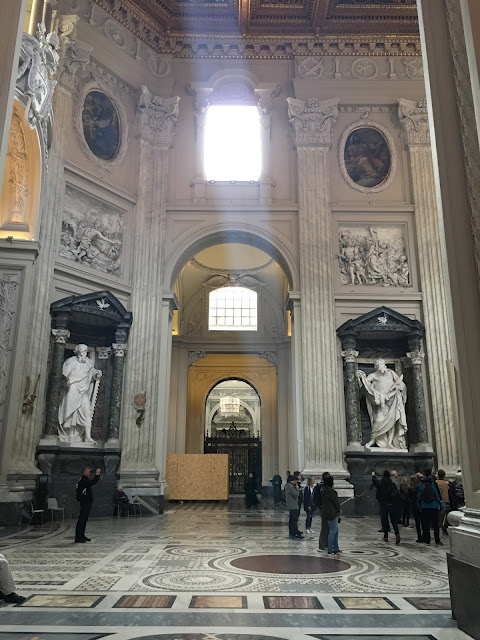 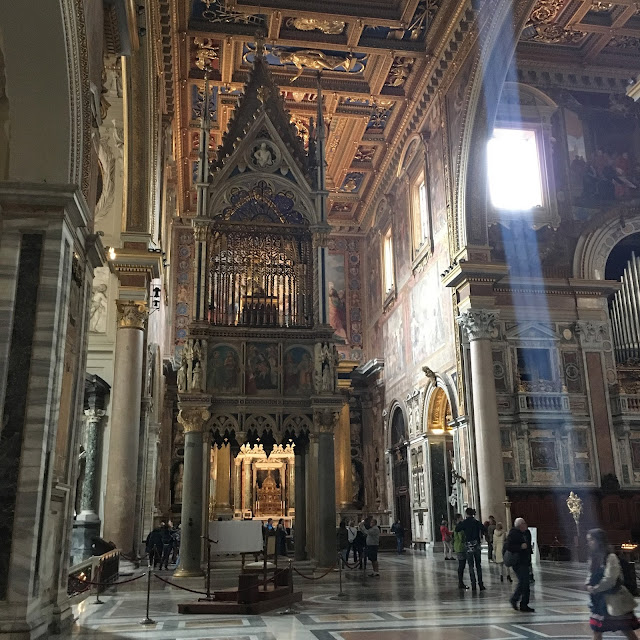 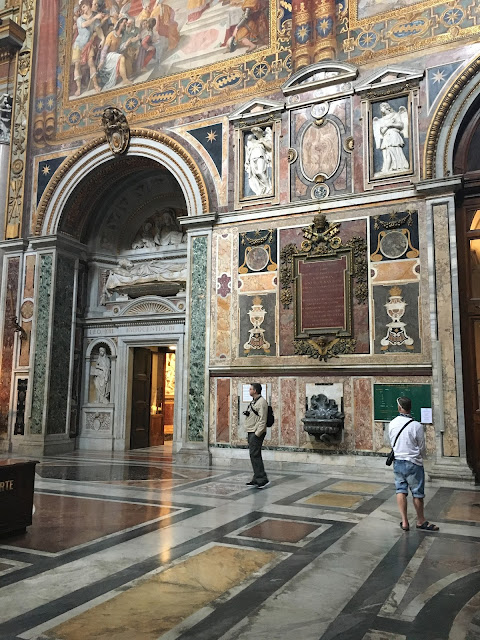 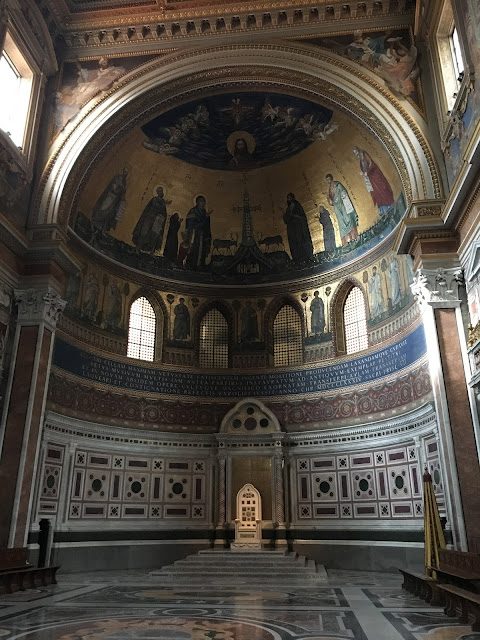 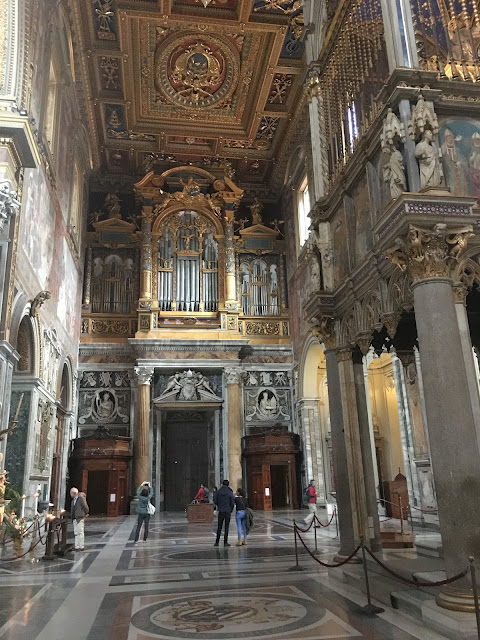 After being awestruck by this church we went in search of shoes for me and some good gelato. I bought sneakers at H&M and then we set off for gelato. I had a recommendation from a friend who lives in Britain and we found the tiny shop at the end of a quiet street. The gelato was delicious and we decided to eat it with a view of the Trevi Fountain. 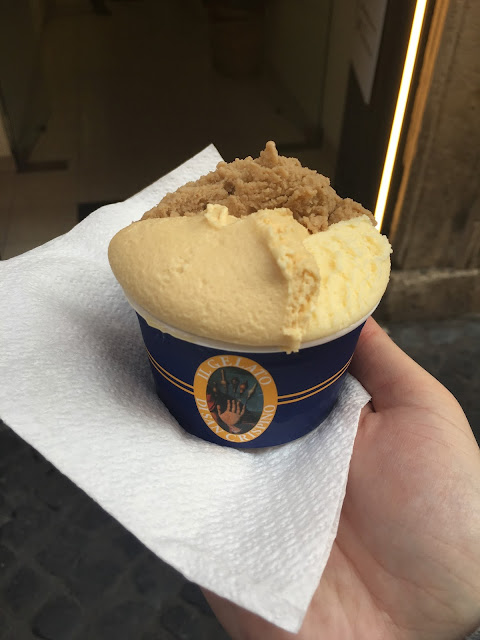 We also sat on the Spanish Steps for a few minutes before moving on. It's a bit of a letdown when you see it for the first time (it's just steps?), but once again, there is history behind it. The steps were built in the 1700s to link the Spanish embassy to a church. There is a entire story behind this, but I won't go into details here. 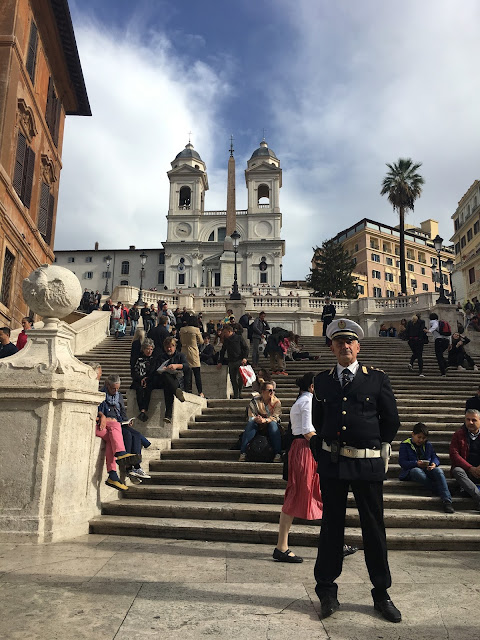 After this all we had to go get our bags at the B&B and basically run to the train station. We booked a regional train ride from Rome to Florence and we barely made the train with four minutes to spare. I hurt my foot on the second or third day, and, being nearly five months pregnant, I wasn't the fastest on my feet. I was just so glad we made it!

We arrived in Florence in the afternoon (it was a two hour ride, more or less) and it was cold! It was slightly nippy in Rome, but Florence was just plain cold. We tried but we couldn't figure out the bus system so we decided to just walk to our hotel (Hotel Royal). We were both a bit agitated at the lack of public transport and the narrow sidewalks that we had to roll two suitcases on. After about 20 minutes and with the help of my offline Google Maps we saw the signage in the distance. The hotel is stunning and I couldn't believe the incredible deal we got through Booking.com! Our room was beautiful and big and the shower was a welcome relief after a long day of sightseeing. 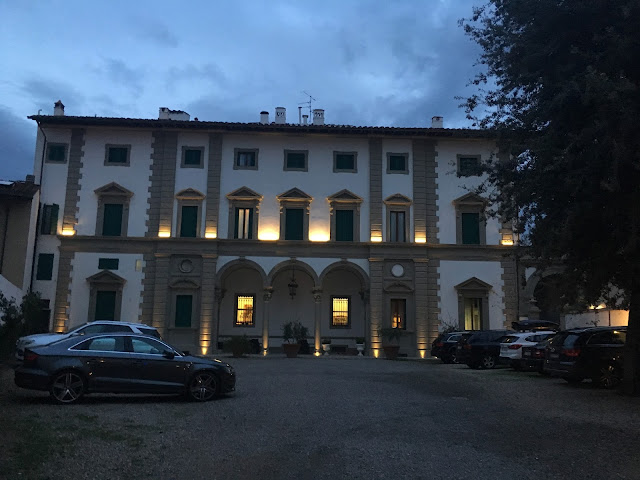 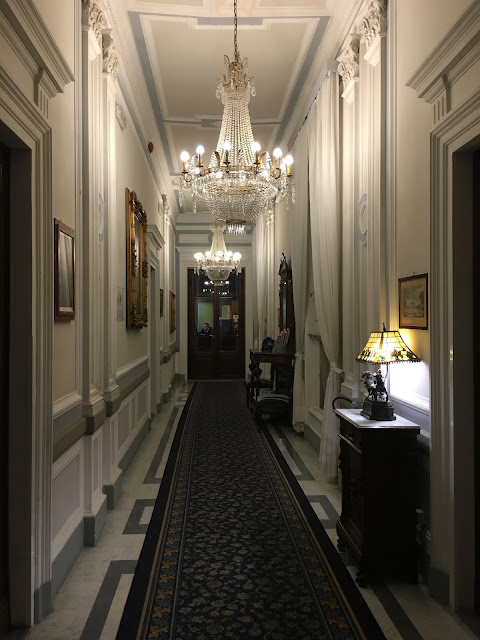 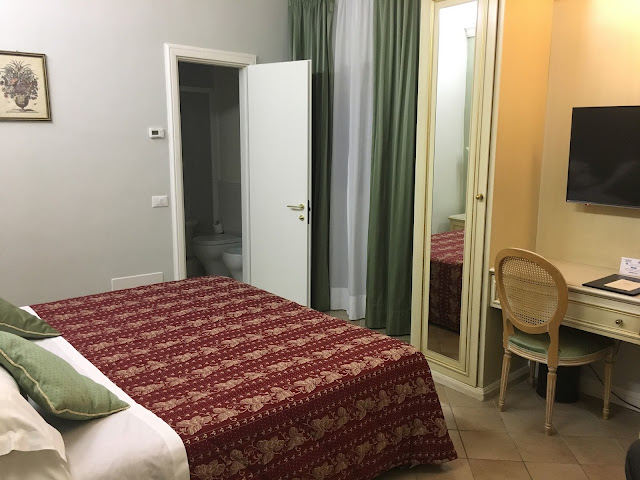 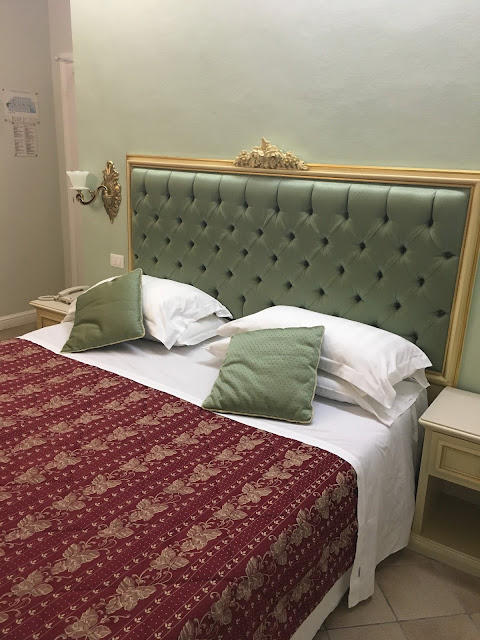 After checking in we went out for dinner. I had bacon carbonara and the husband had lasagne. It was very good and a nice welcome after the cold of the day. 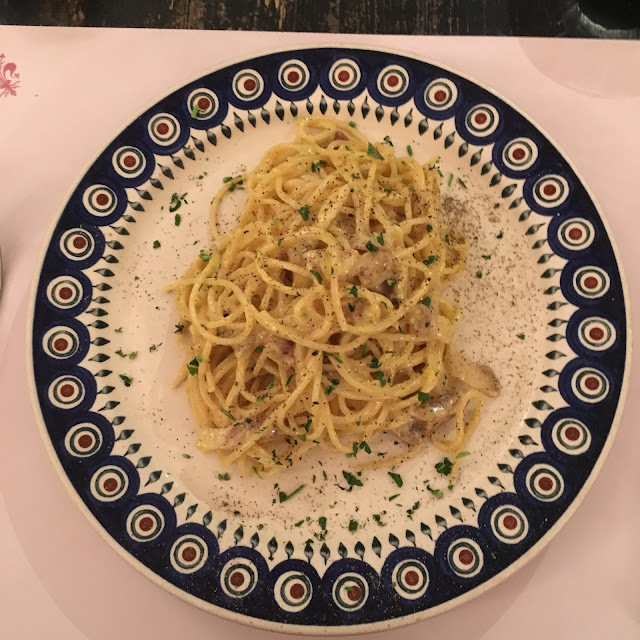 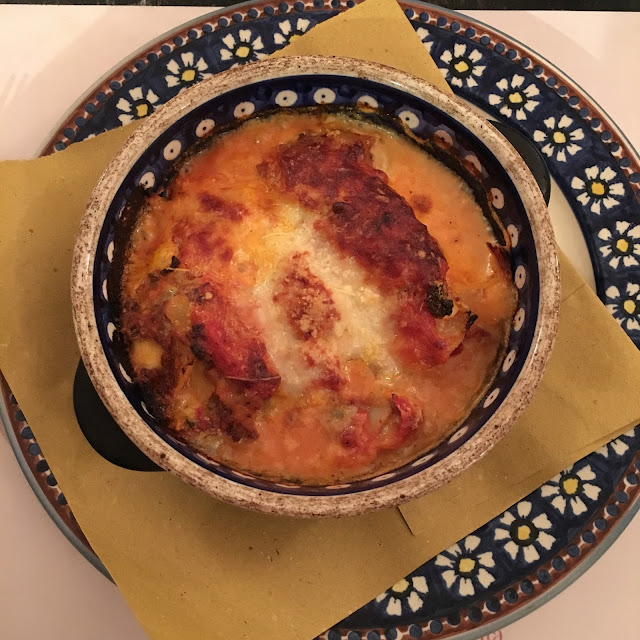 And that was our third day in Italy! Please check back in for the next installment in the series.