We got up at the ungodly hour of 03:45 (after having gone to bed at 00:00), got dressed, and packed the last of our belongings before heading down to reception to settle the bill. A taxi took us to the train station, and we got on the train headed to France. The rest of that morning and early afternoon was spent in and out of naps (or as I like to think of it: comas). At last we arrived in Hendaye just inside the French border. We spent an hour there before boarding the train to Bordeaux. At just after 15:00 we arrived in Bordeaux, took a train to Libourne (about 20 minutes), and was met at the train station by my friend, Marcelle. After about half an hour's drive we arrived at the beautiful Chateau Rigaud.

We went out to dinner at a local hangout with Marcelle and Steve (@stevecarss on Instagram, go follow him!) as well as most of the Chateau's kitchen staff, who have become like family to Marcelle and Steve during the past few years. We had a lovely three course dinner ending with amazing crème brûlée, and lots of beer and French wine.

We slept in the Chateau owners' house as they were away on holiday (score!) and I immediately fell in love with the simplicity and elegance of the French lifestyle. Their kitchen, for instance, is open plan and is just plain stunning as you can see on the photo below. Looking at my own kitchen now, I just want to throw half of everything out as my workspace is way too cluttered! 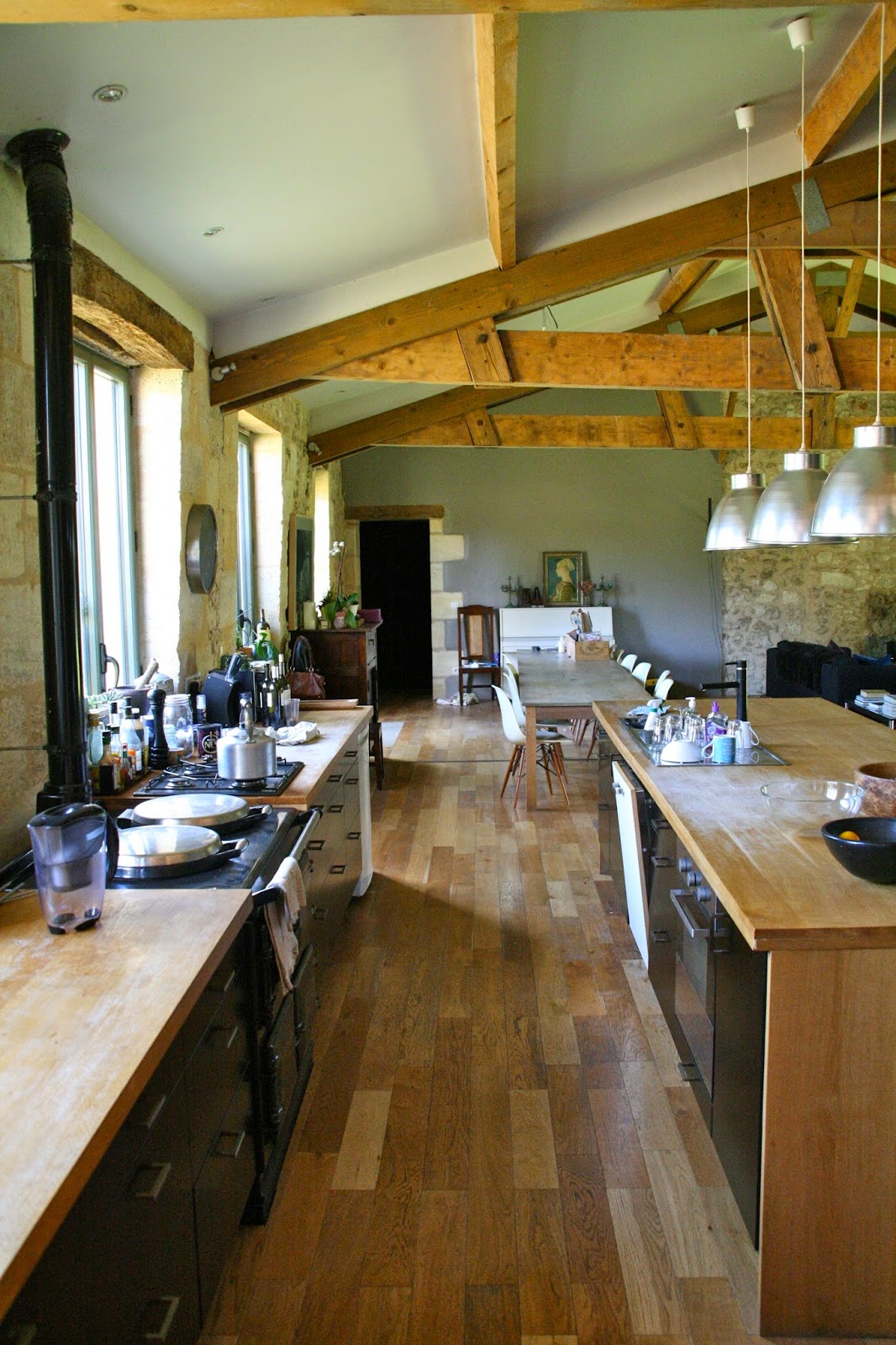 Steve had to work (he is the chef at the Chateau), so Marcelle took the husband and I out to Bordeaux for the day. It's about an hour's drive and you get to see a lot of farms and cool old buildings along the way. I had a complete misconception of Bordeaux. As someone who grew up in Cape Town's Northern Suburbs and studied in Stellenbosch, I thought Bordeaux would look like the Stellenbosch wine route: endless farms outside of town. But Bordeaux was that and so much more. Bordeaux is both a region and a town, and is the template from which Paris was designed (although the Parisians would probably not admit to that!). Yes there are large wine farms surrounding Bordeaux, but the town is really something remarkable. The part we went to is really old and historic and had the most beautiful buildings and restaurants. It was also very modern in that it had trams and beautiful shops (hello, Sephora!) as well as countless restaurants. It was in this Sephora that I bought my Too Faced eyeshadow palette. 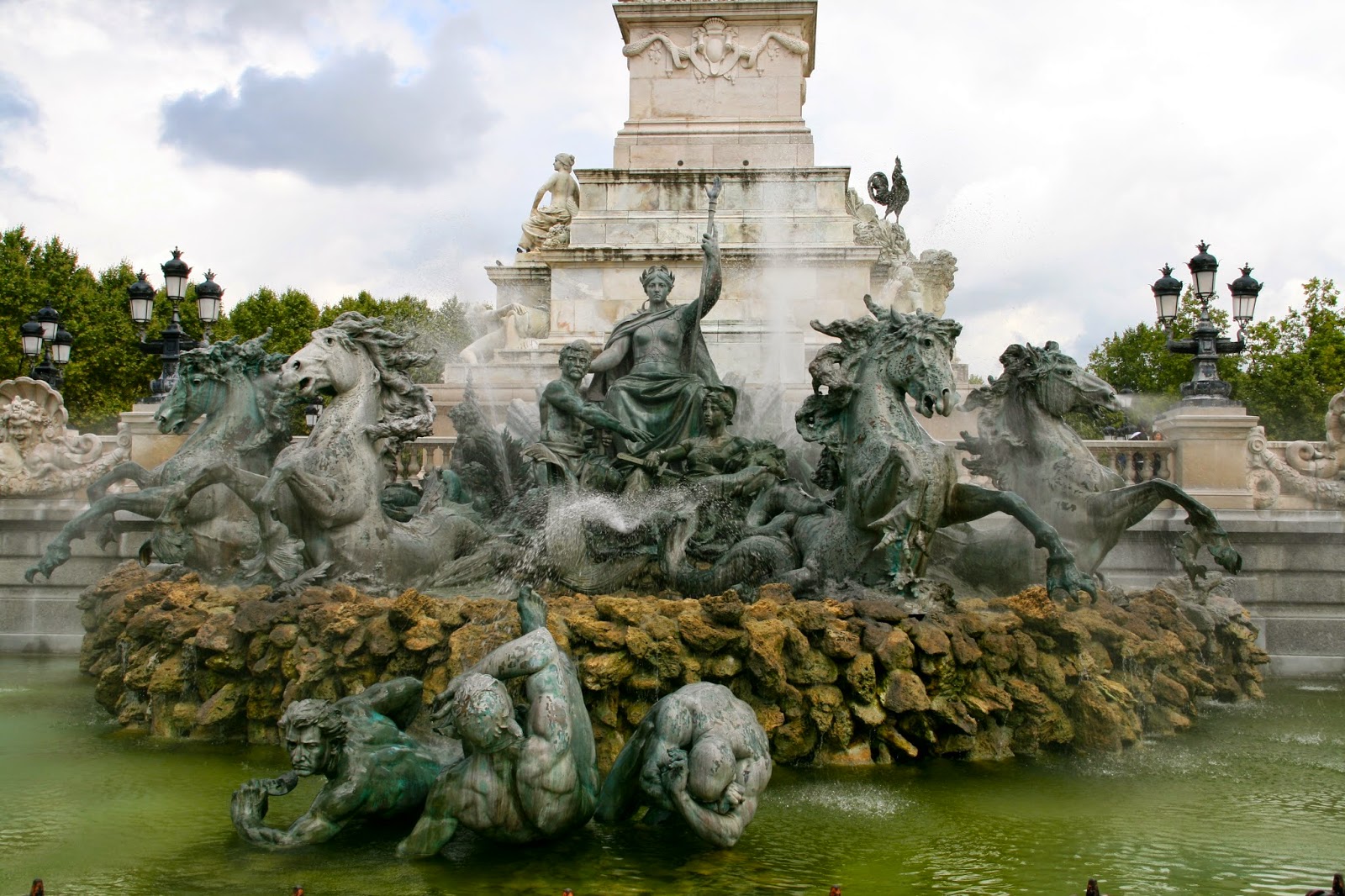 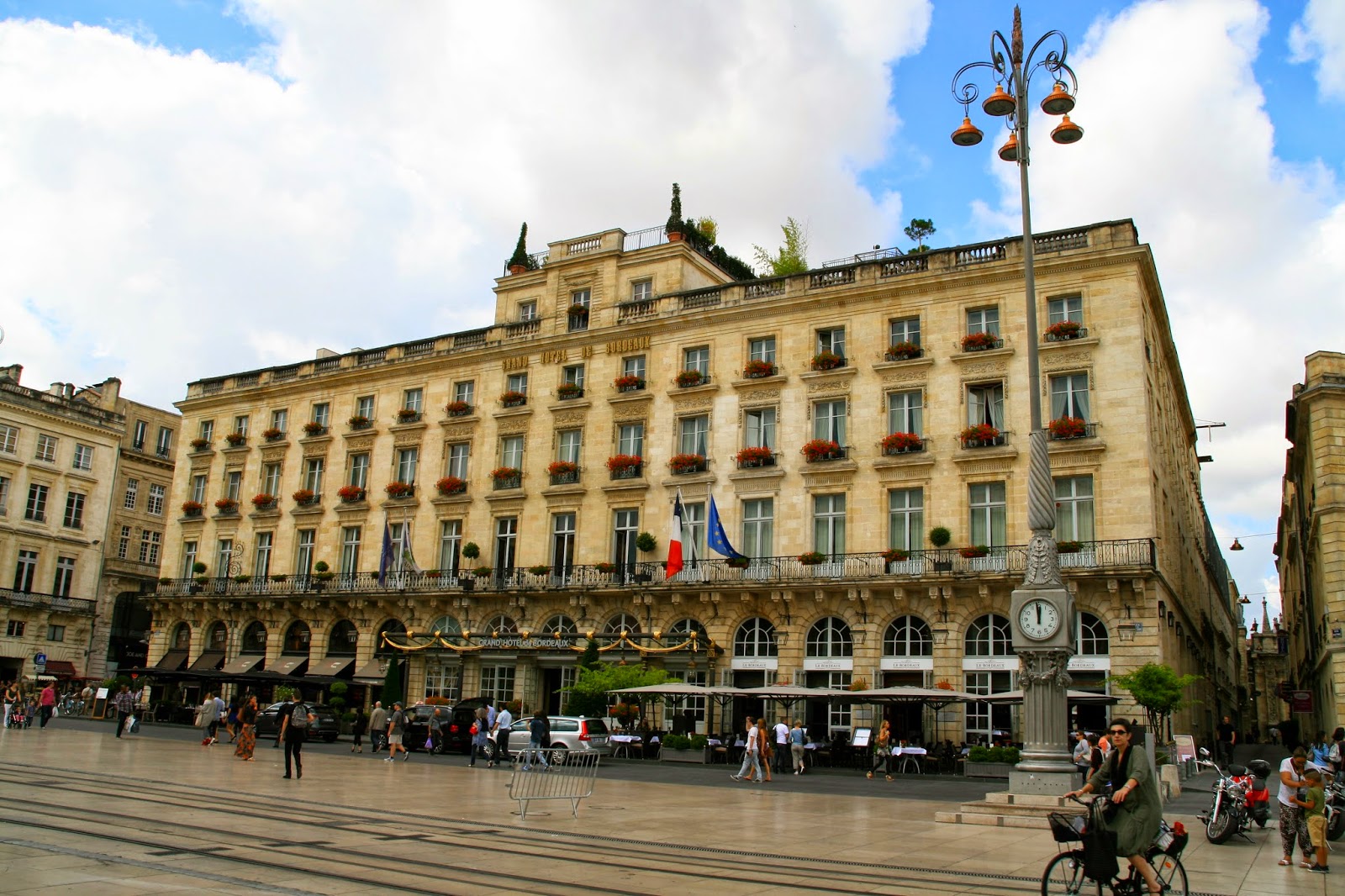 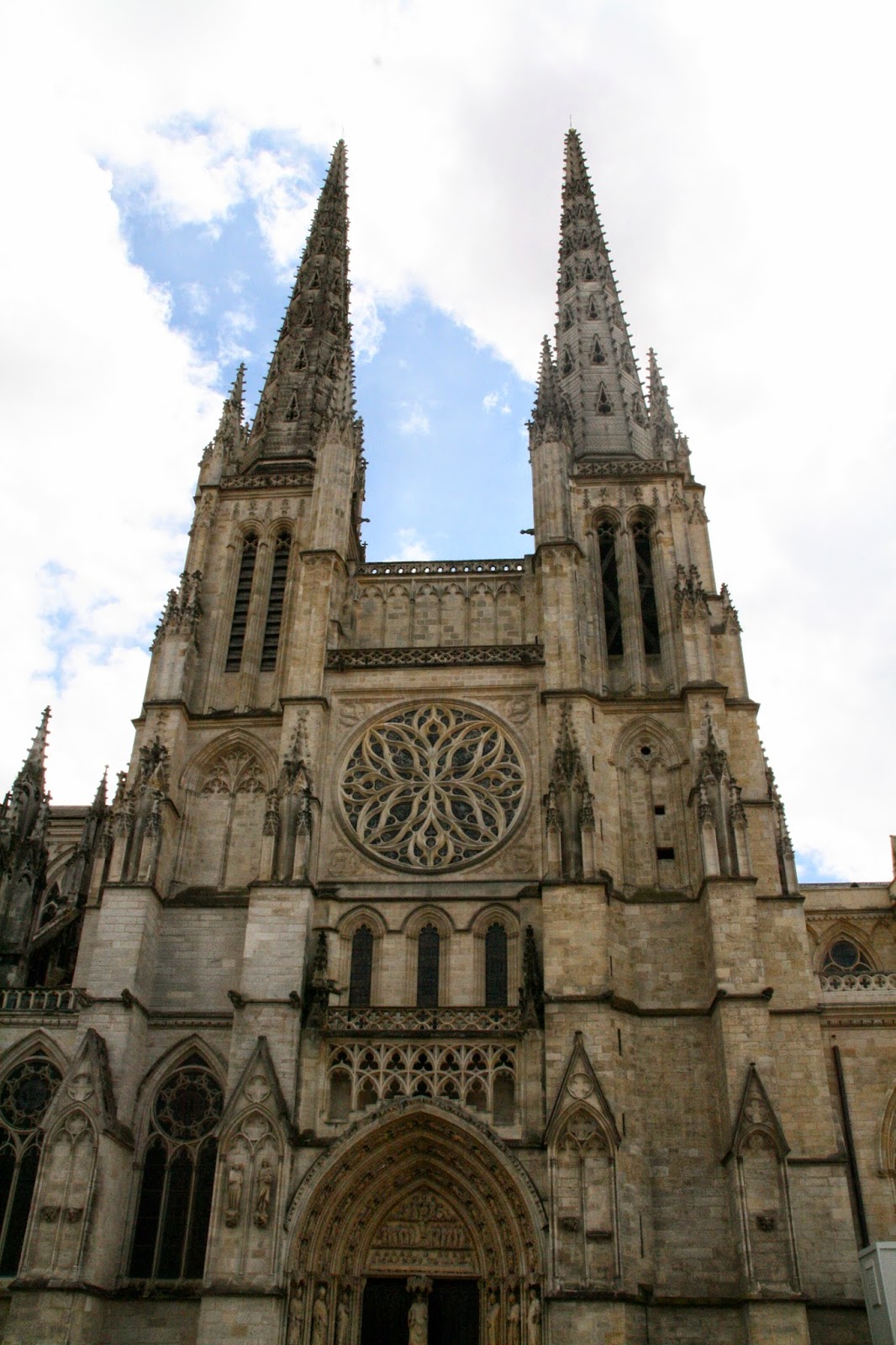 After spending hours walking through Bordeaux and taking photos, we went back to the Chateau but not before stopping at St. Emillion. I've only heard of St. Emillion but I never knew exactly what it was. From the road you only see a large church tower, which is a strange thing to see in between wine farms. Initially I thought it was just an old wine farm, but it turns out that St. Emillion is an extremely old town. The cathedral from which we took countless photos was built in the 900s! It was such a special place to go to and I'm really glad we got to see it. 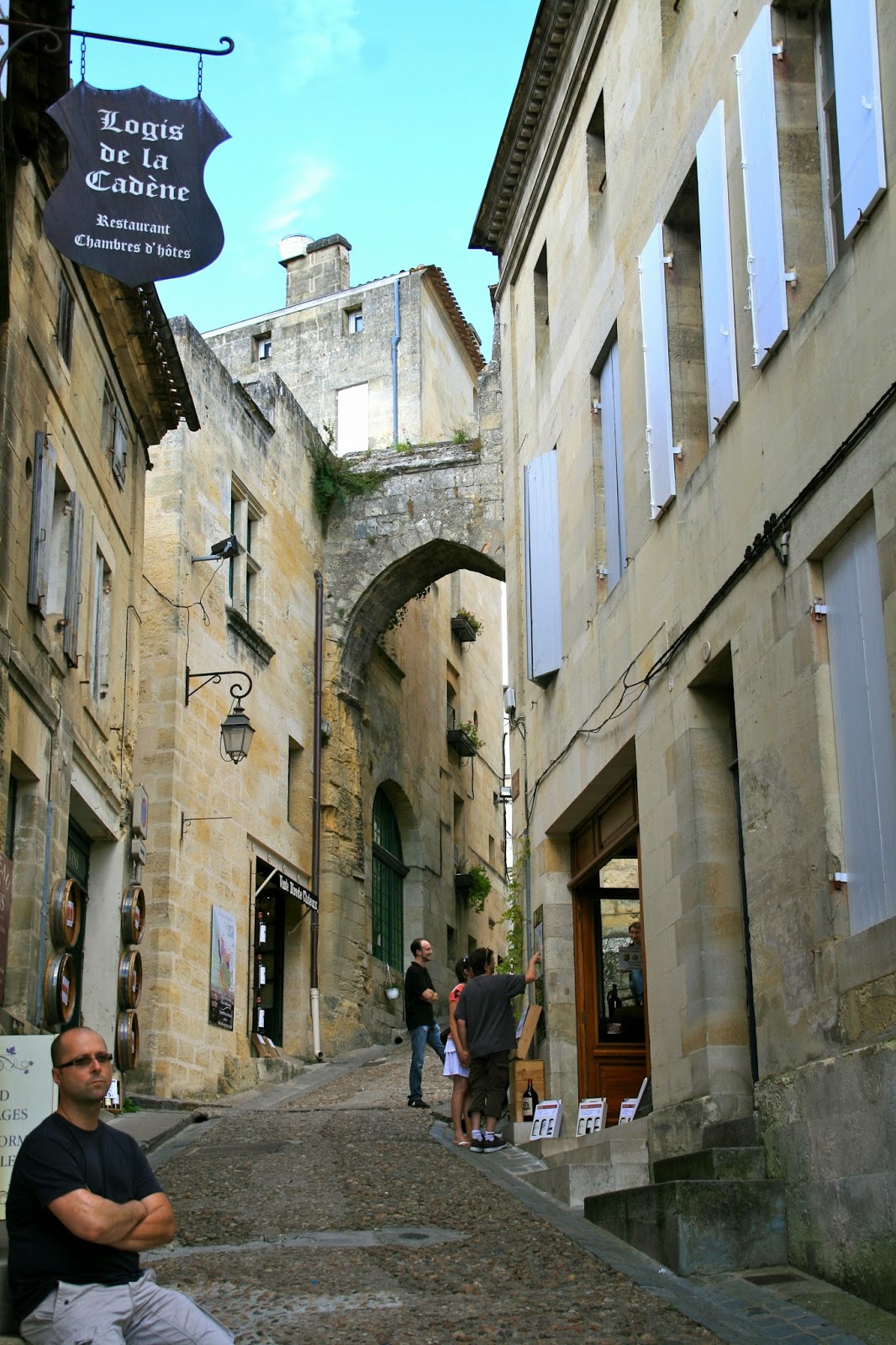 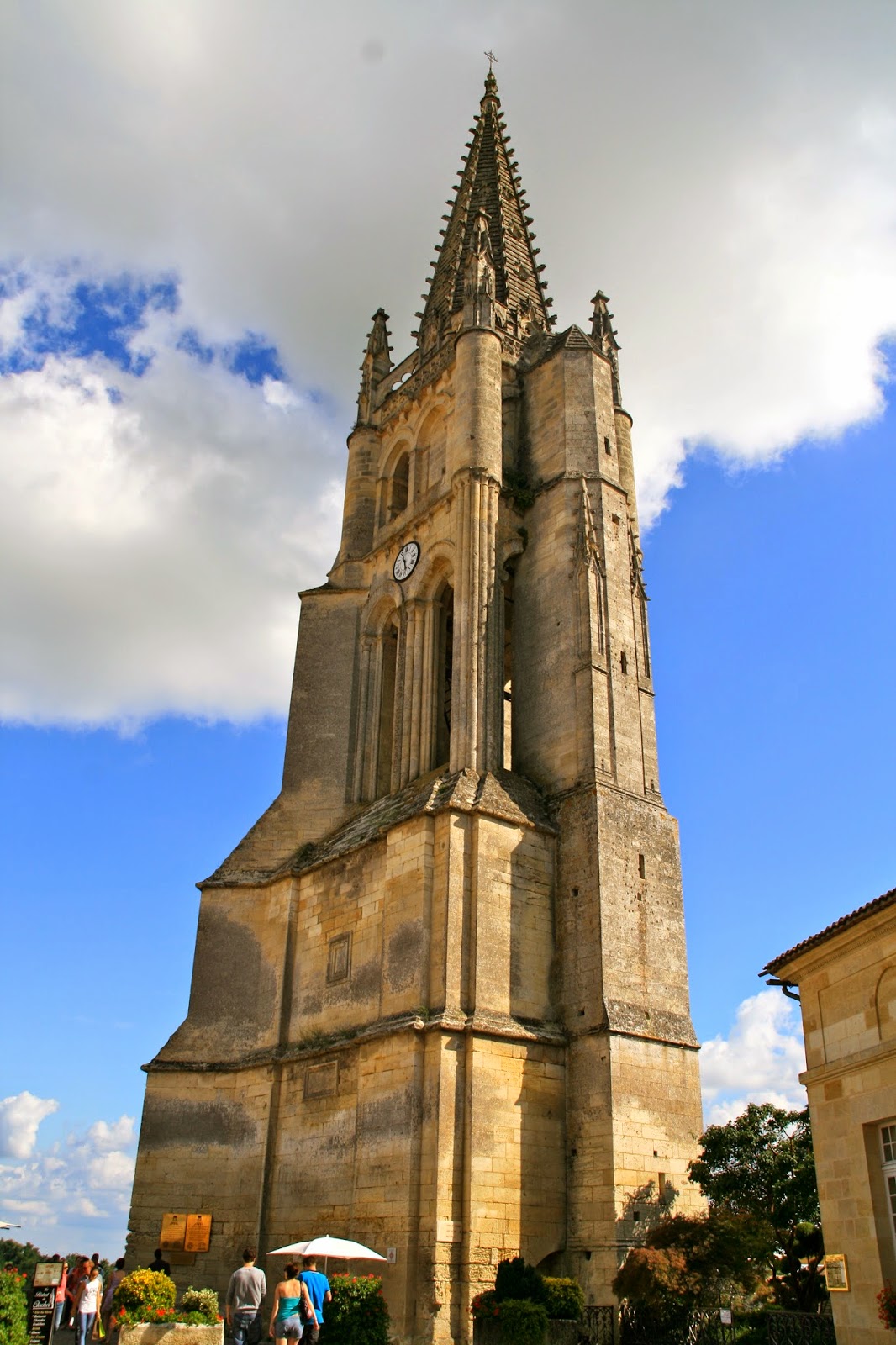 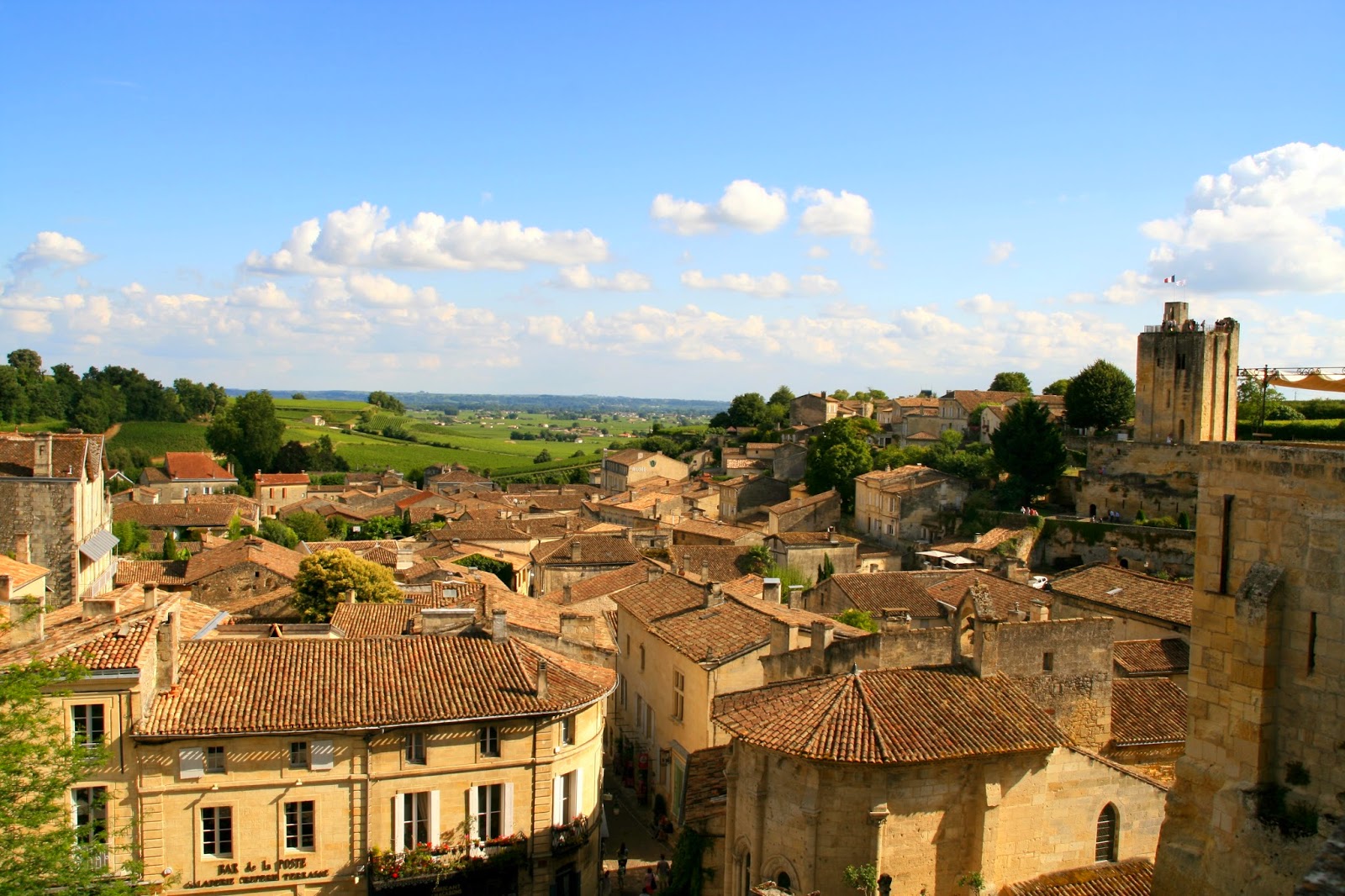 Sunday we slept in and walked around the Chateau taking photos. Oh how wonderful it would be to spend a few months working and living there! We made lunch and then Marcelle and Steve took us to Libourne train station for the next part of our trip. 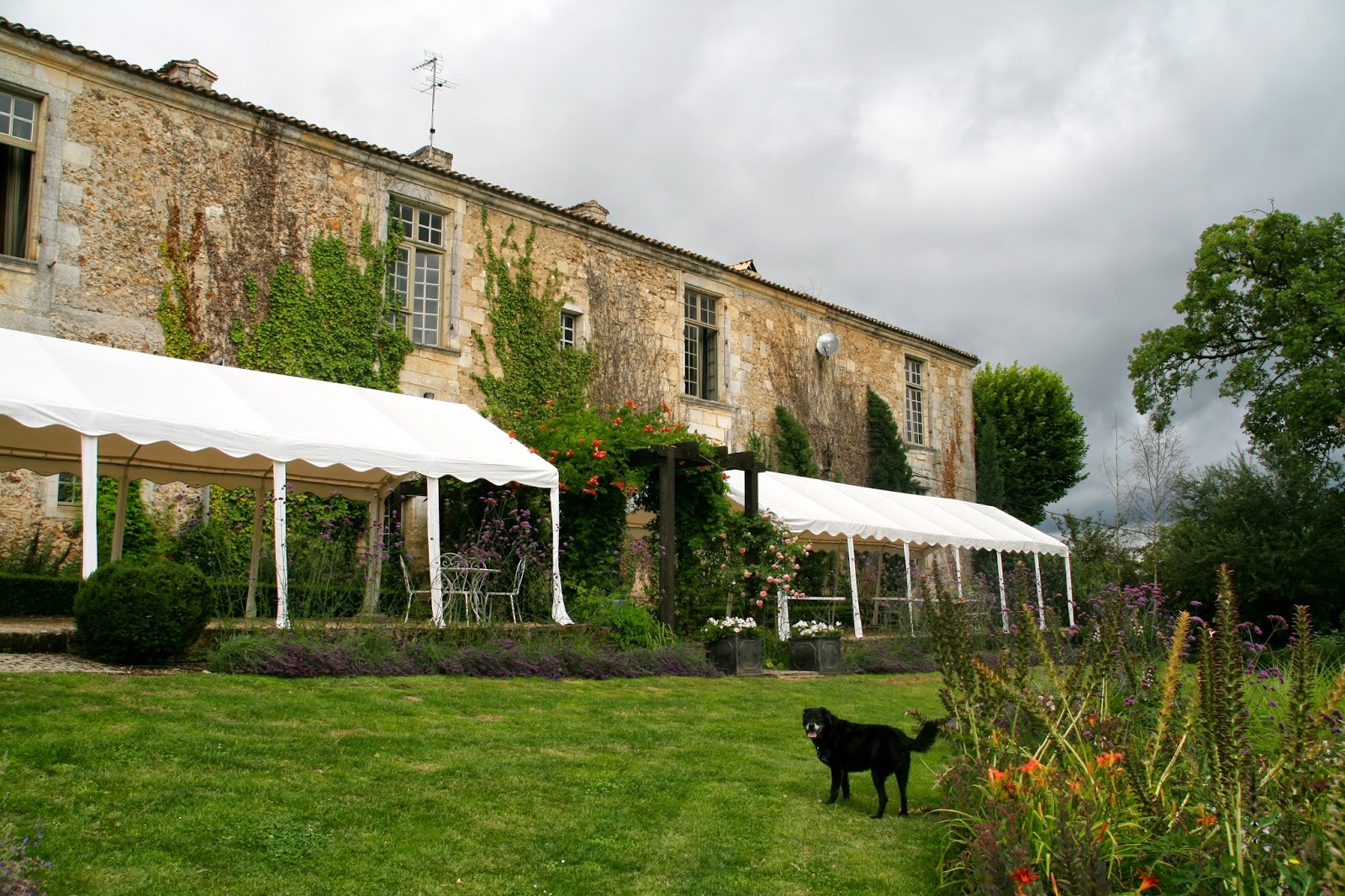 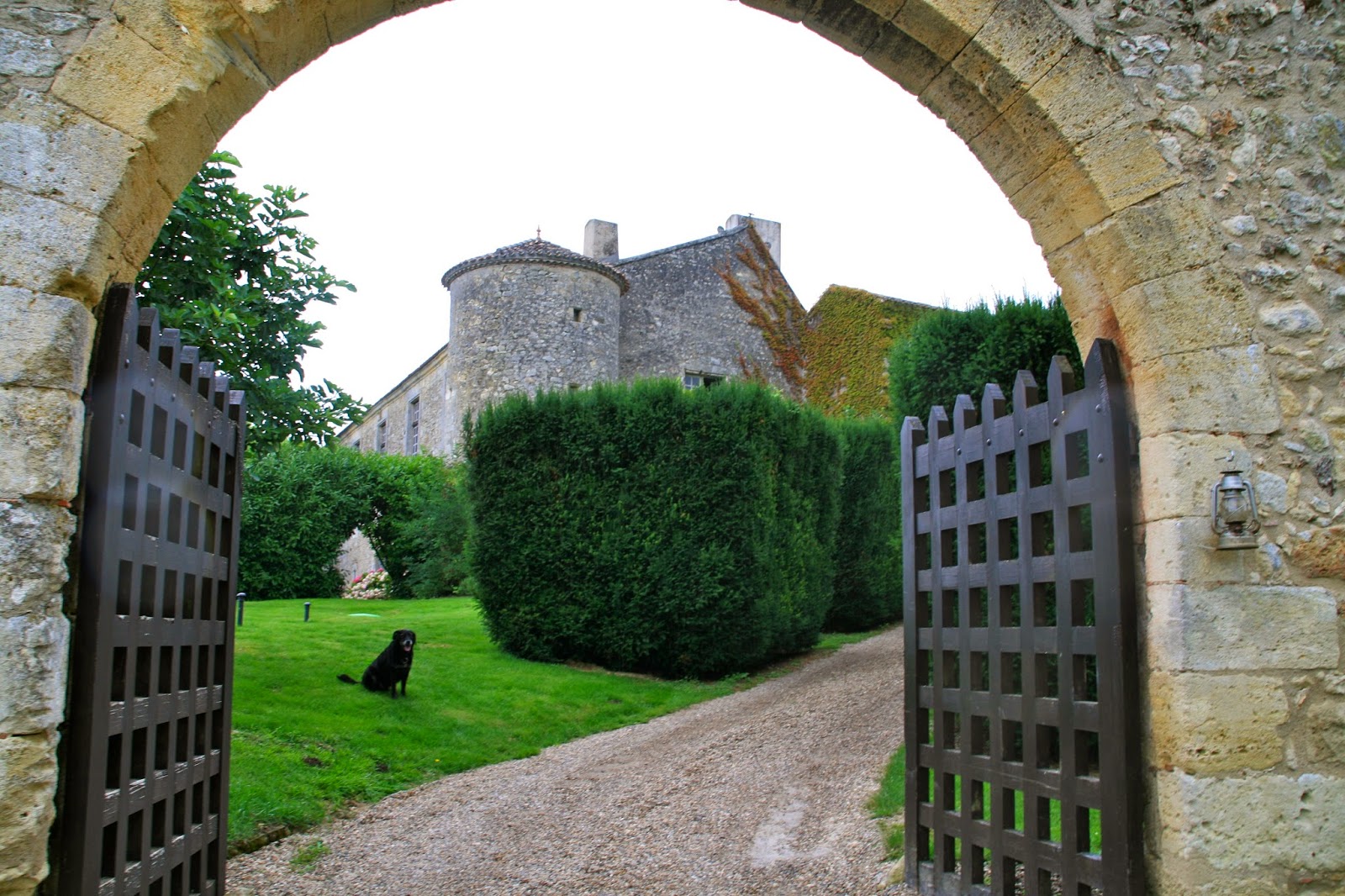 We arrived in Paris about three hours later and once again had to figure out the Metro before heading to our hotel. We stayed in Hotel Vigina, and although it was clean and sufficient, I wouldn't recommend it to anyone, or stay there again. The district we stayed in is called Montparnasse, and although it is on the "good" side of the river for sightseeing, it was still pretty far from things like the Eiffel Tower. It was about a five minute walk from the Port d'Orleans train station to our hotel, but from the Port d'Orleans station to the sights was about a fifteen minute train ride. The hotel is in a very quiet street (I actually don't know if it's a dodgy area or not, I don't think they do dodgy the same as we do, ha!), and the room, although not soundproof, was quiet. The room was incredibly small and there was an empty cooldrink bottle next to the minibar, so I'm not sure how well the rest of the room was cleaned. The bathroom was very clean and tidy, but it was a little close for comfort as the bathroom was ensuite and you could open the door completely while sitting on the bed. The staff were friendly to a point but I didn't feel extremely welcome. Another weird thing was the fact that you had to leave your room key with them when you went out… I can understand that they don't want their keys to go missing, but if I pay for my room, surely I can keep the key for the duration of my stay?

As for the breakfast: we went to the grocery store around the corner and bought brioche buns, ham, cheese, and juice. The hotel offered breakfast at the inflated price of 10.50 euros, and as far as we could see it was only porridge, corn flakes, and fruit. 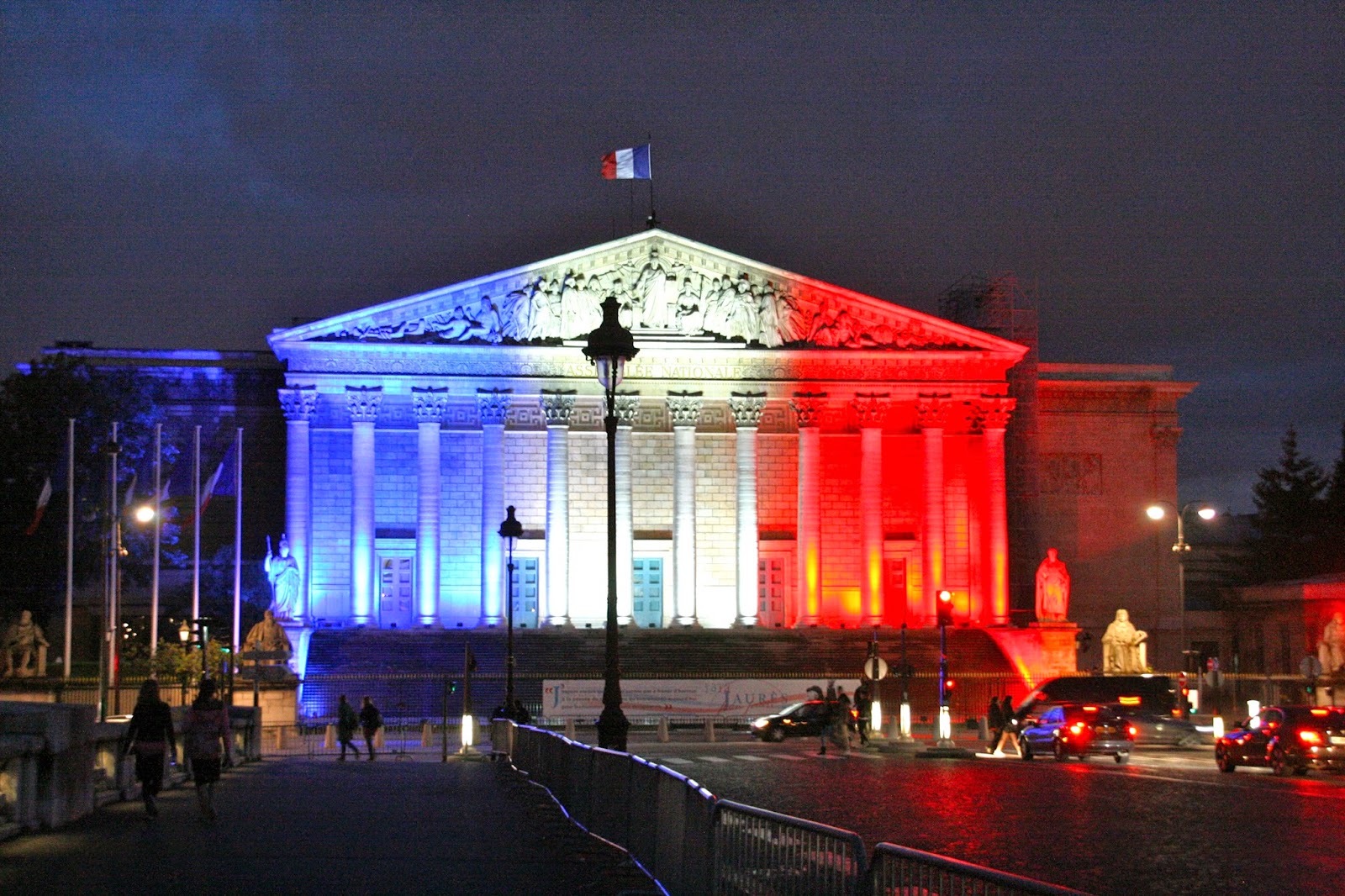 We heard that the 14th is Bastille Day in France, and although we felt very privileged to be there for this special occasion, it really messed up our plans. We initially wanted to go to the Palace of Versailles on the Monday and then do the Eiffel Tower on Tuesday, but with a lot of places in Europe, the palace is closed on Mondays.

So we took photos of the military parade and walked around for a while before setting off for the Eiffel Tower where we were told to turn around: the Eiffel Tower is now closed. We couldn't even get to the base of the Eiffel as they were busy setting up fireworks for the evening's display. Disappointed we turned around and decided to just walk around Paris, taking in the sights.

We walked around under the Arc de Triomfe, but the queue there was also hundreds of people long, so we settled for just basking in the glow of being under the Arc! 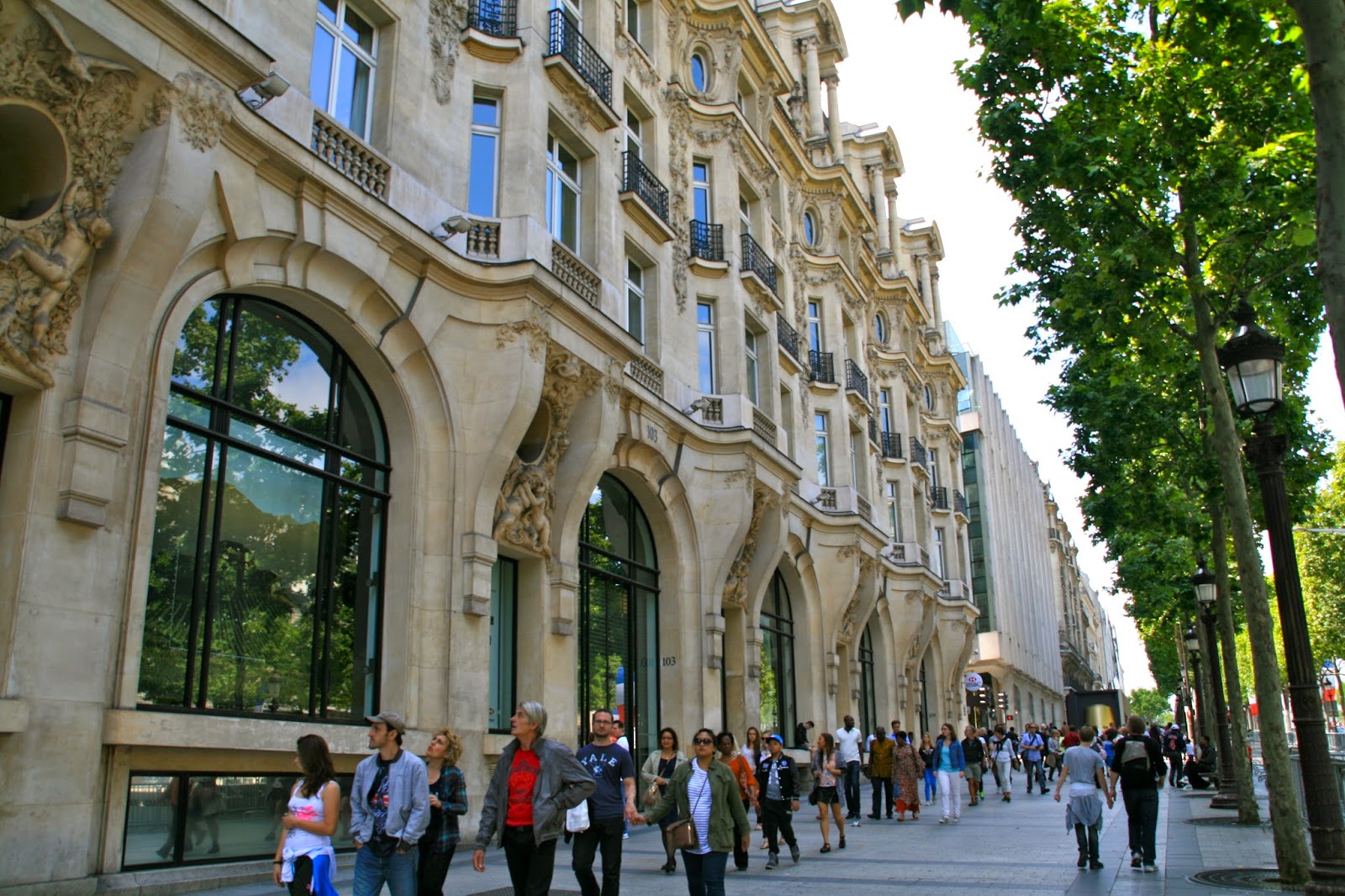 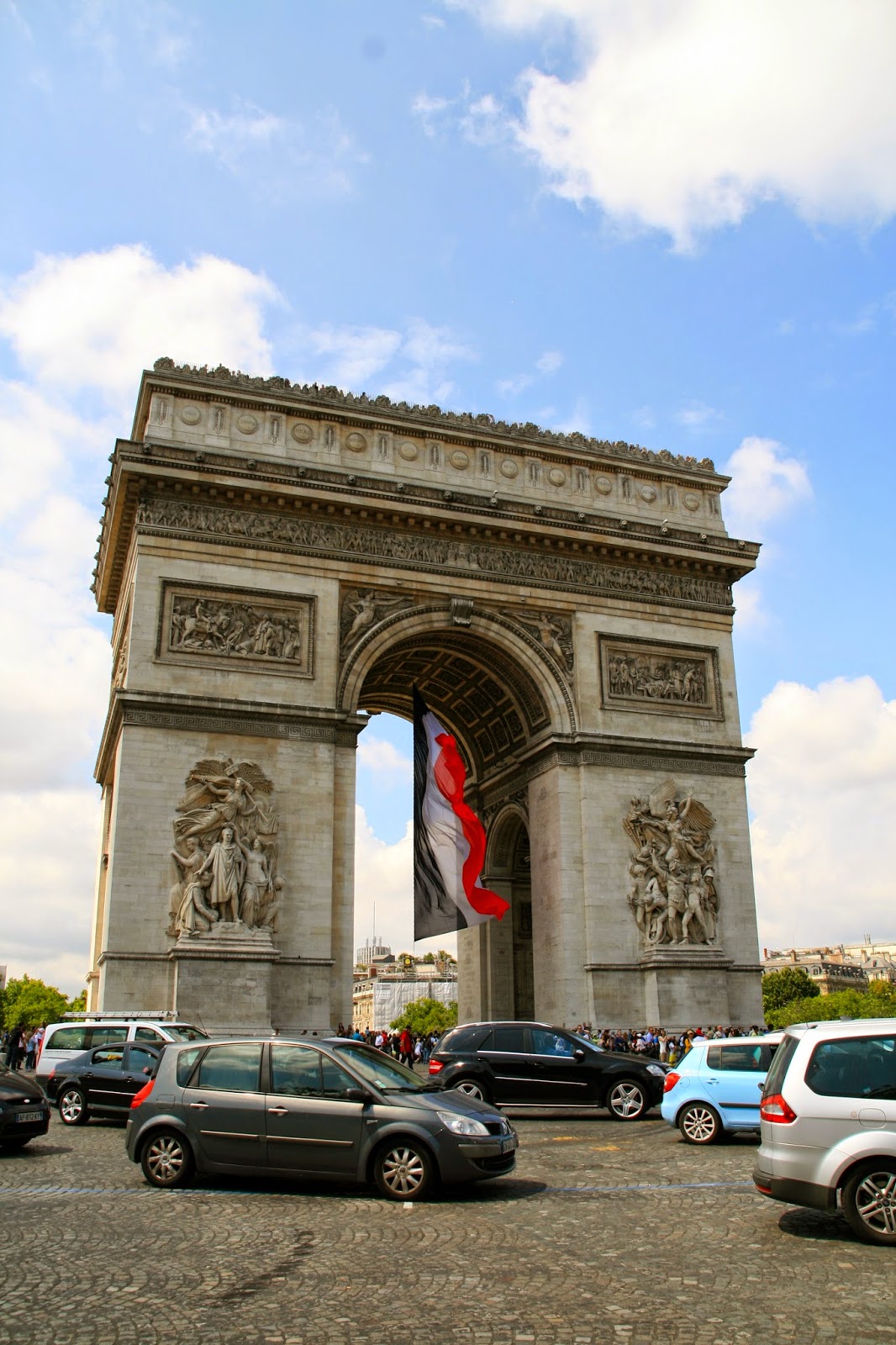 Tuesday we had to pack up and leave our bags at the hotel, so we only got to town later that morning. By that time there were thousands of people waiting to go up the Eiffel Tower (by stairs and by elevator). We also heard that the top of the Eiffel was closed due to the fireworks still being taken down. I was gutted, but told my husband that we didn't have enough time to stand in the queue (we had moved only a few meters in 45 minutes), and that we just had to return to Paris one day. 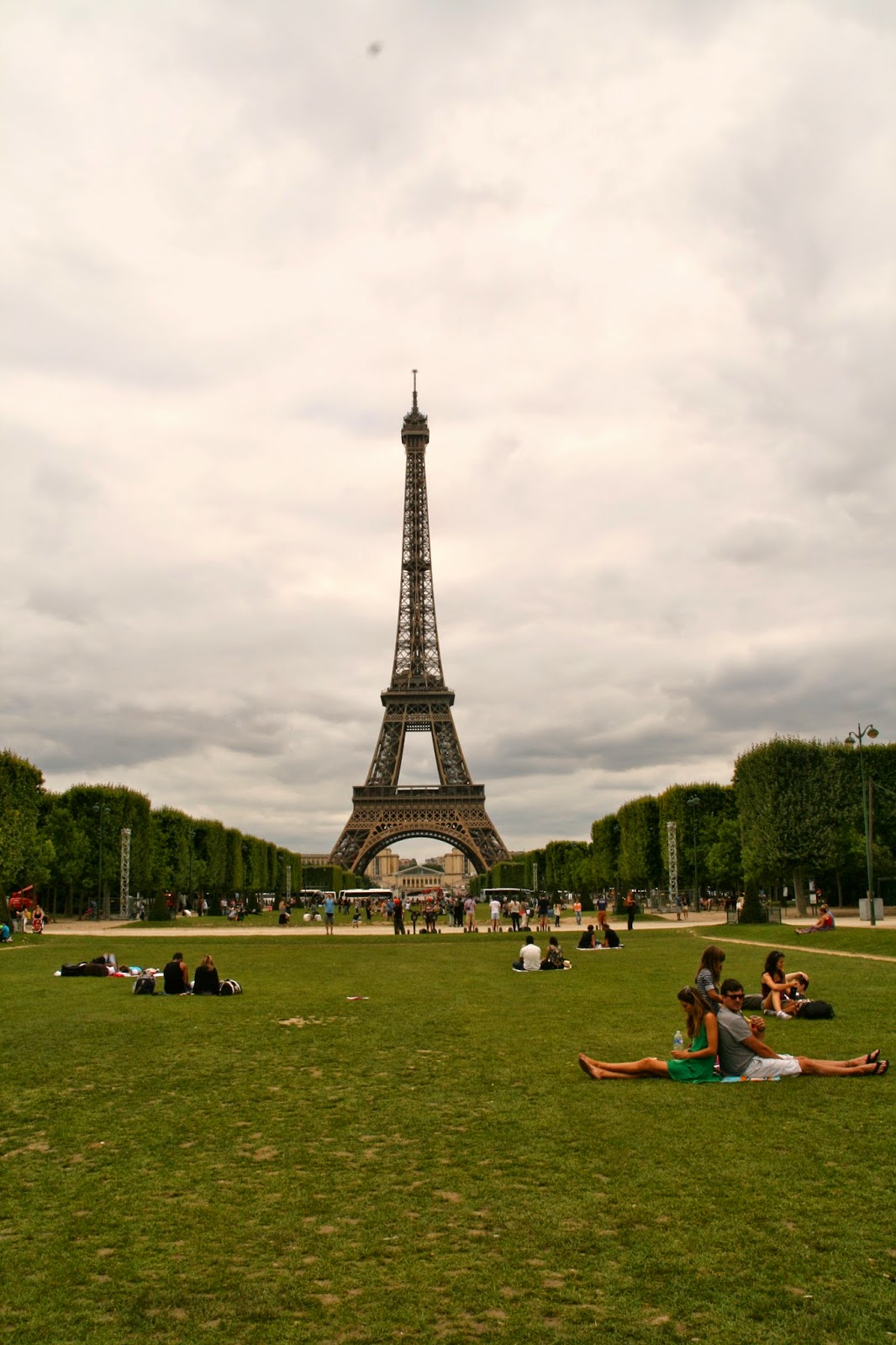 We went to the Notre Dame, but the story there was the same: hundreds of people waiting in line in the hot sun. We went to the Louvre, and as luck would have it entrance was free on Bastille Day, but they were closing early (for what absurd reason I do not know). At least I got to take the stairs up to the top of the glass pyramid! 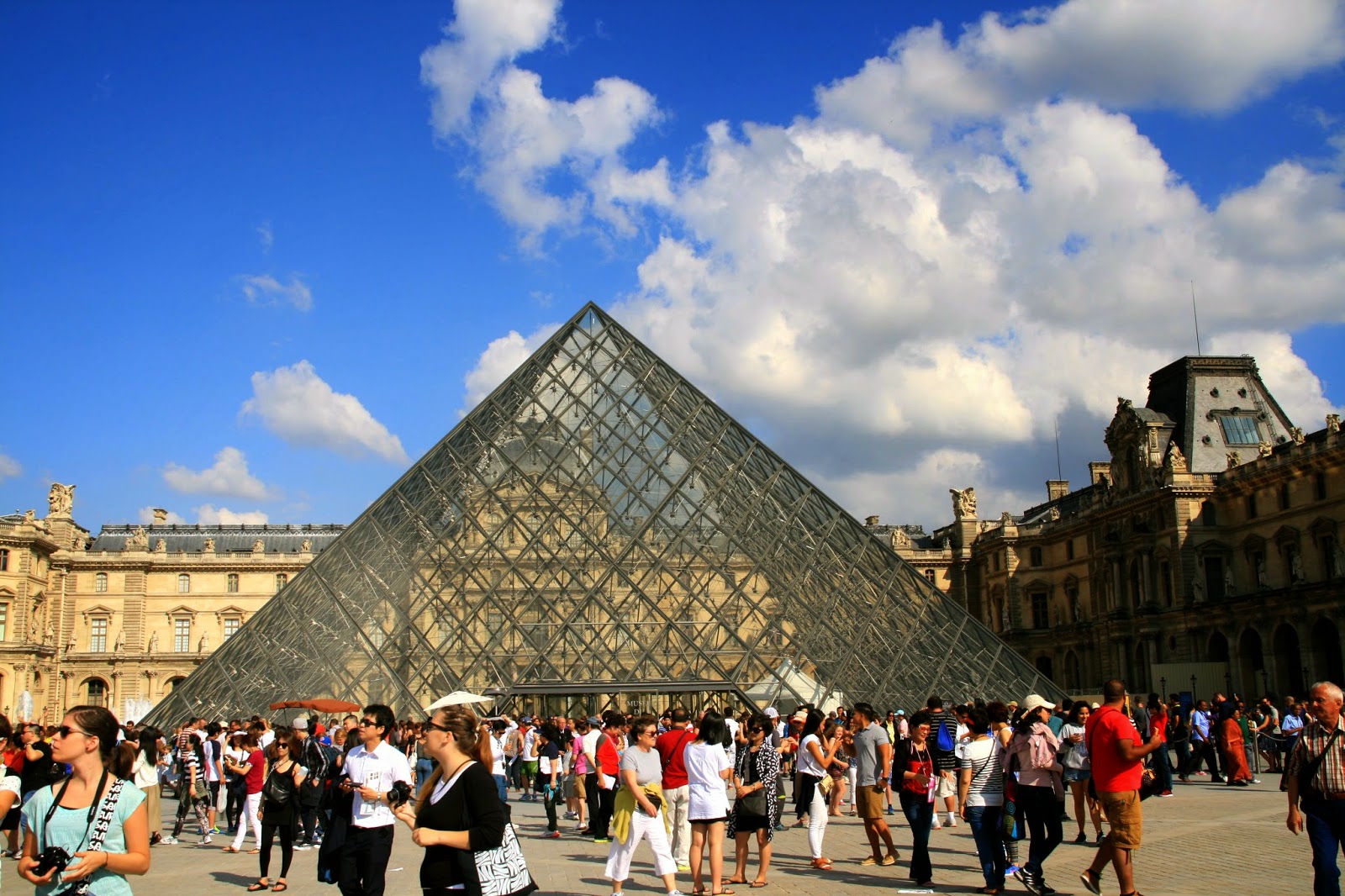 I bought some cute shoes at H&M on Champs Élysées as the ones I took with me had been walked through within a centimeter of their lives, and then we just walked around some more until it was time to get our bags and head for the train station. 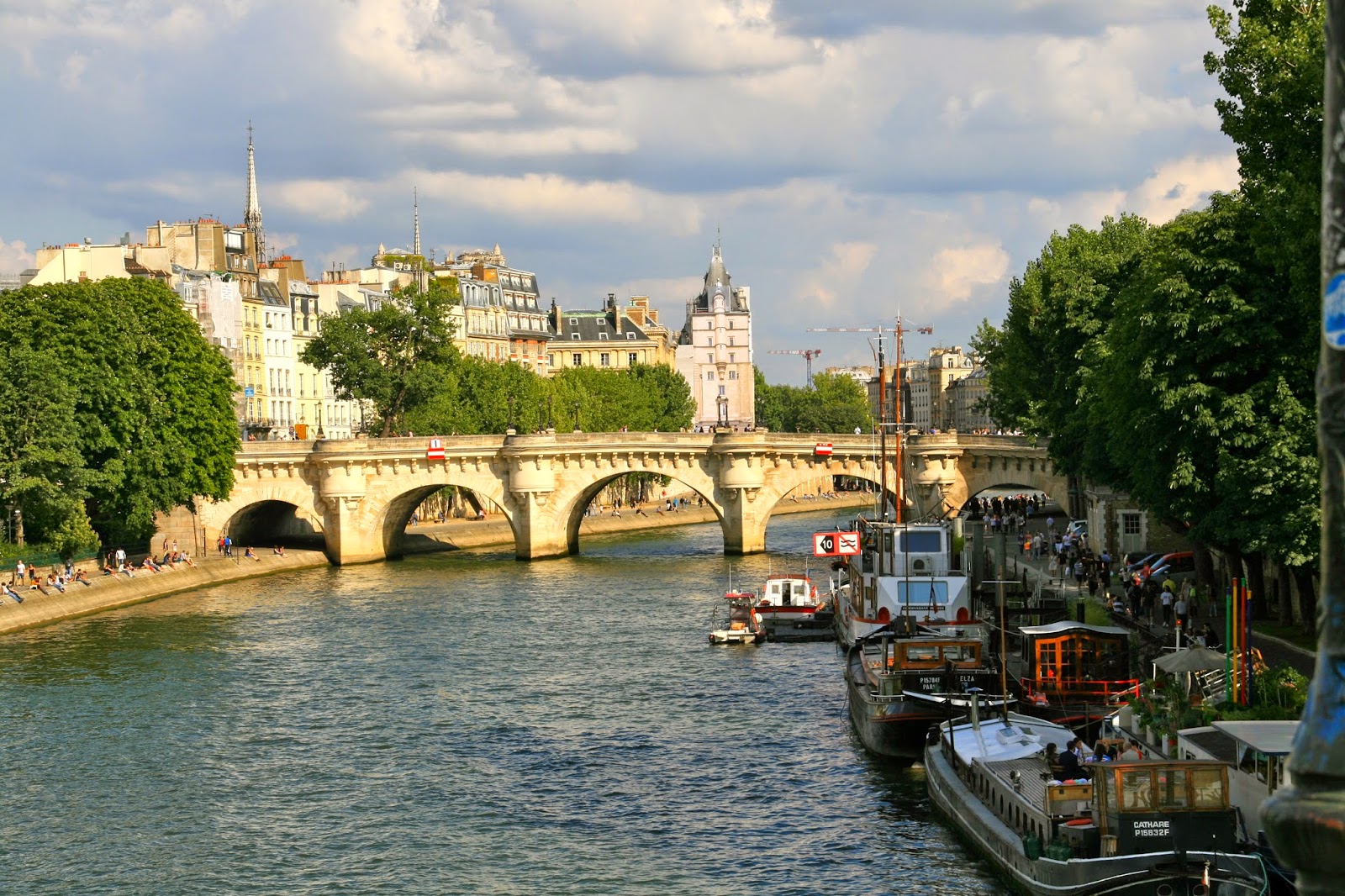 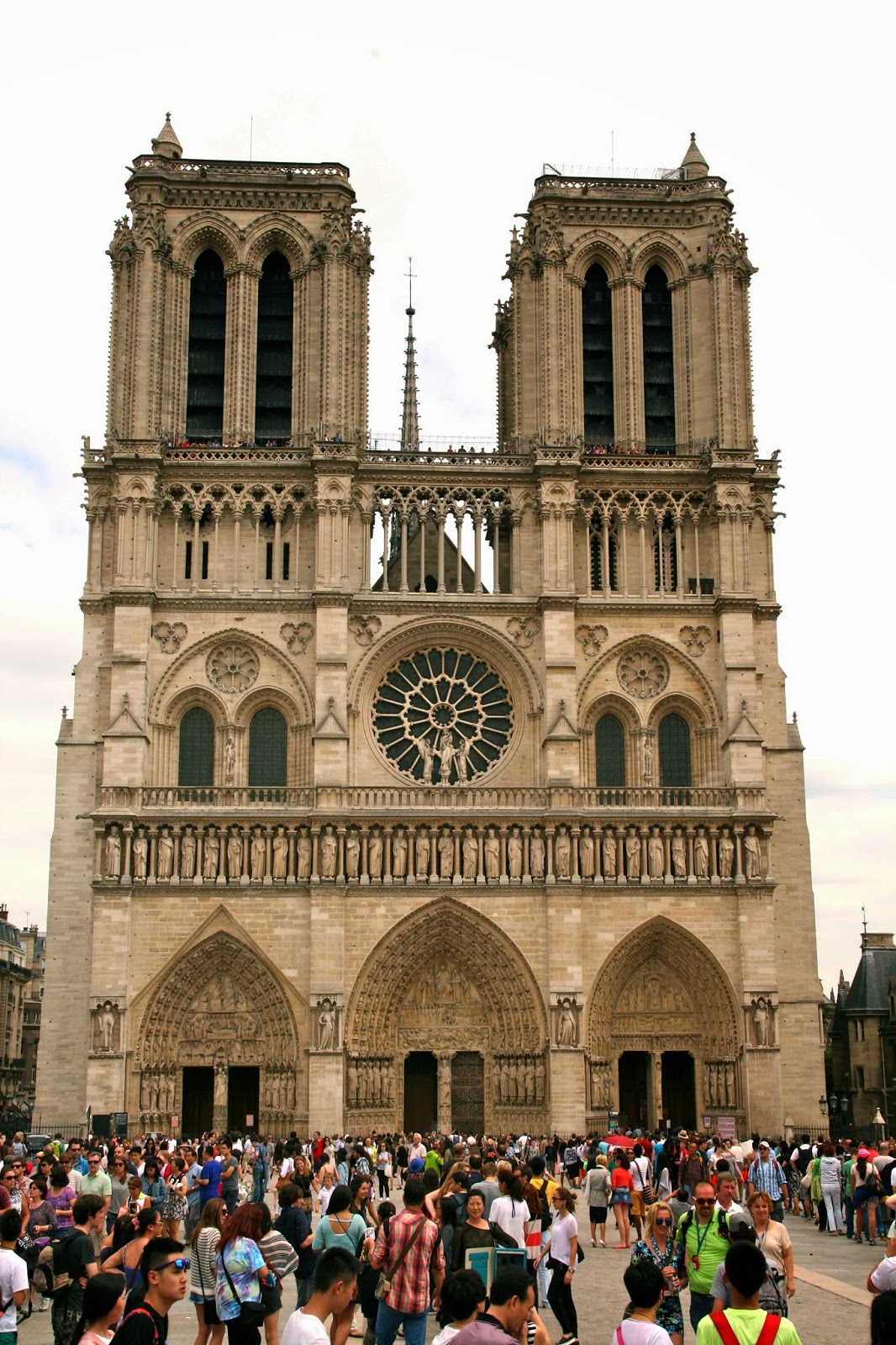 We took the overnight train from Paris to Berlin (yes, that song was sung many times on this trip!) and it started really traumatic. I'm quite a shy person, and for me to share a teeny tiny cabin with my husband and FOUR strangers for a whole night was just too much to bear. Luckily we only had to share our cabin with two quiet (and moody) French teenaged girls, and a German woman with a (surprisingly calm) baby. The night went by quickly and I was actually well-rested the next morning.

That's it for France! I hope you enjoyed hearing about our time in France. Tune in next Monday for the third and final instalment of my European travel journal.