Travel Post: One Night in Cullinan - What to do?

A week ago I blogged about our one night stay in Cullinan (you can read it here). Today's post is about what there is to do in Cullinan. There is obviously much more to do than what's in this post, but these are the kind of things that we like to do.

Oak avenue is a short street, but probably the most important (and famous) street in Cullinan. It houses everything from a jeweller to restaurants, shops, a venue, and mine tours. There's a Harrie's Pancakes, le Pate a Choux, As Greek As It Gets, Oak Guest house, Cullinan Mine Tours, Whispering Oaks Garden Cafe, Jan Harmsgat se Agterplaas (venue), Rust in White (shop), The Cockpit Brewhouse, and Studio 14 Gallery. We've spent many Sunday afternoons strolling down Oak avenue perusing all the little shops and eating at restaurants. 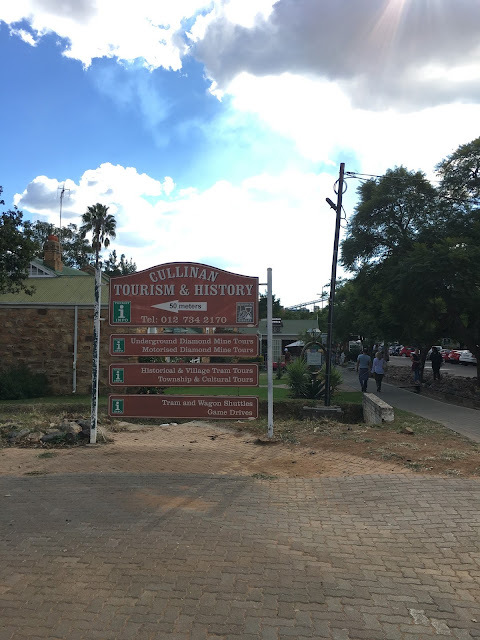 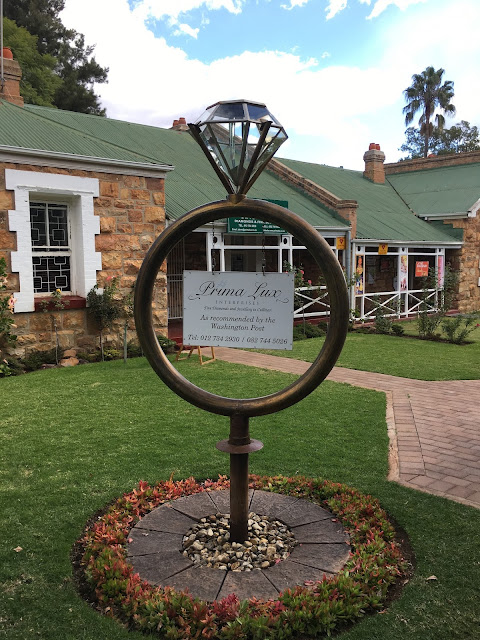 Our favourite place to eat in Cullinan has to be The Cockpit Brewhouse. Long before the days of Capital Craft (which I love dearly!) we ate beer-inspired lunches and drank delicious beers from The Cockpit's own brewery. The husband and I actually featured in the background of an interview between Valiant Swart and The Cockpit's brewmaster and owner on the Afrikaans TV show "Mooiloop" a few years ago!

Their menu consists mainly of pub lunches and I can highly recommend the beer-battered fish and chips and the burgers. They also brew six beers which you can taste for free before deciding which one you want to drink a full size of. On weekends there are live music and I've always felt right at home there. It feels like you're having a lazy lunch in someone's front yard! 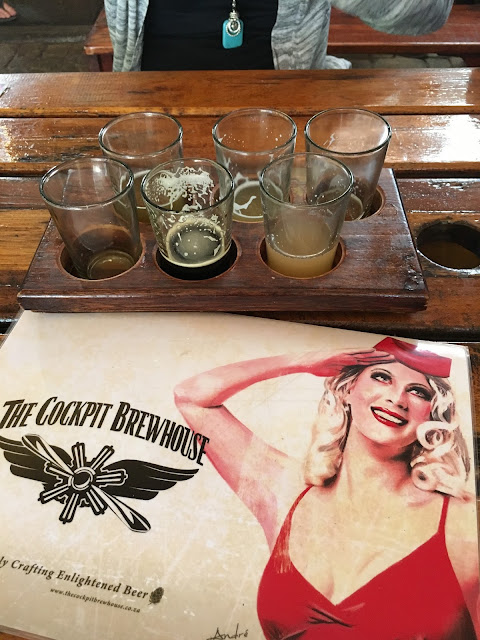 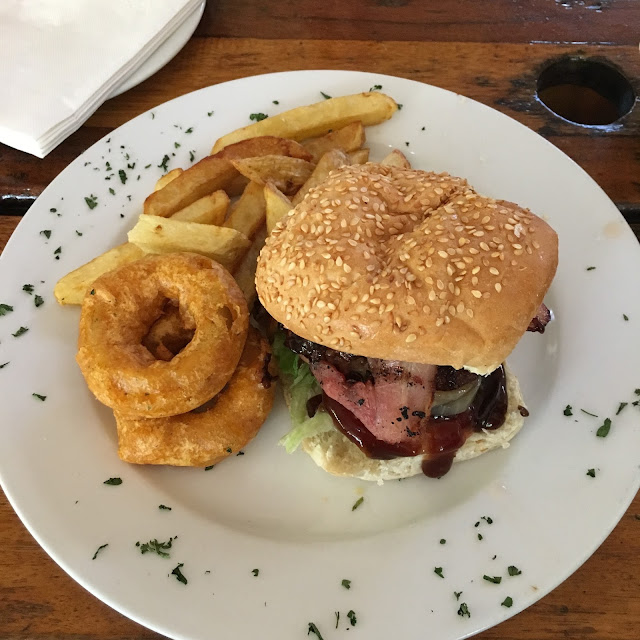 A fairly new (well, new to us) addition to Oak avenue is Cocopan Coffees. It's a tiny shop where you can buy coffee and either drink it outside on the cute stools, or inside by the coal stove that they fire up in winter. We had lunch at The Cockpit and, after wandering around Oak avenue, stopped here for cappuccinos and oats cookies. They also sell huge soft serve ice creams for something ridiculous like R10 a cone, bargain! 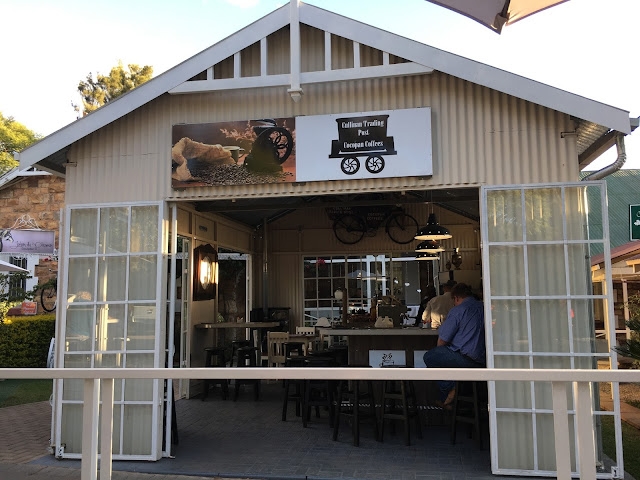 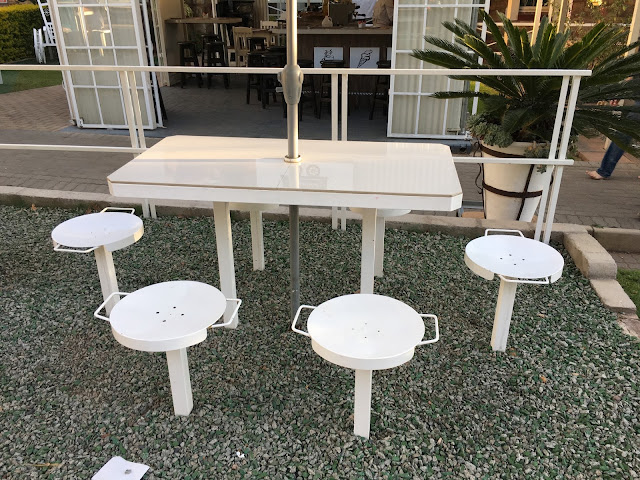 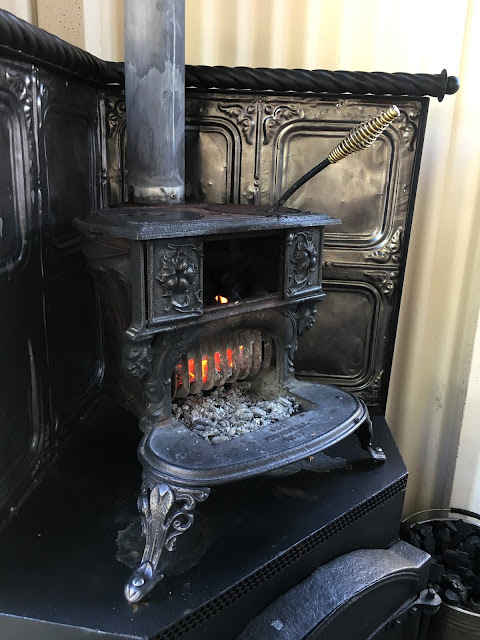 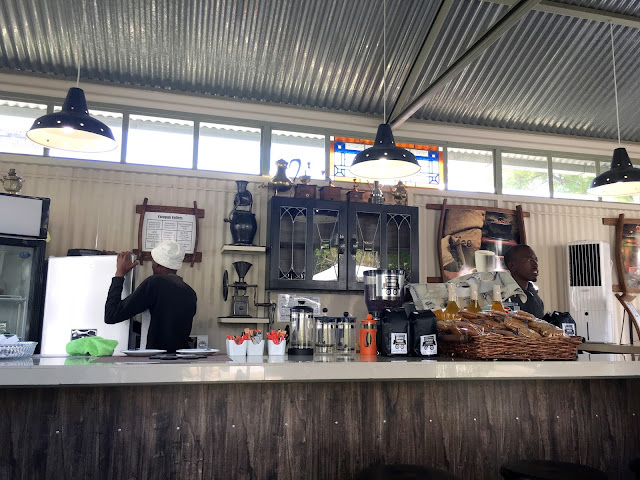 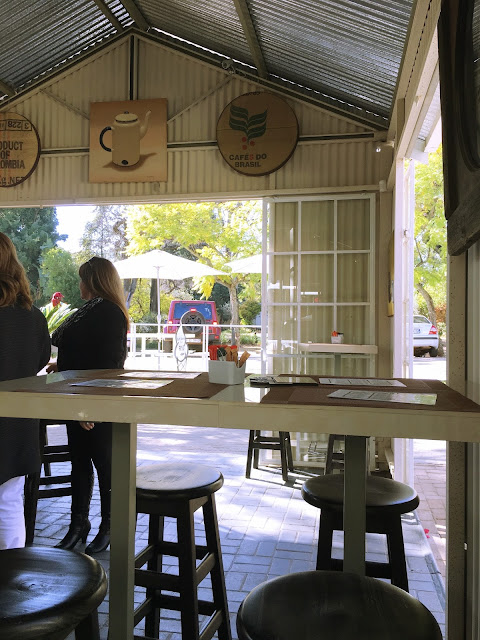 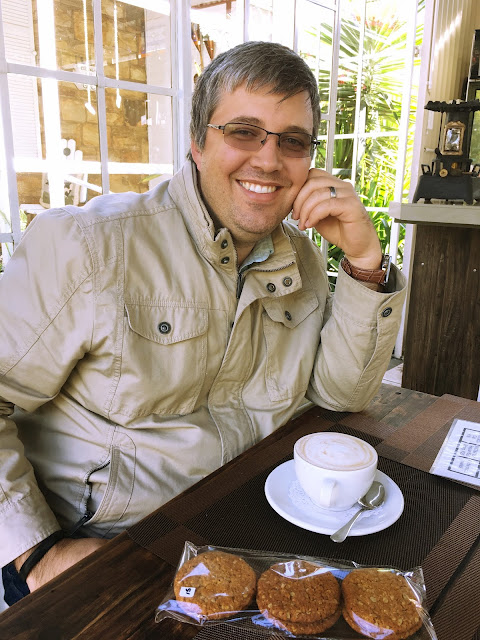 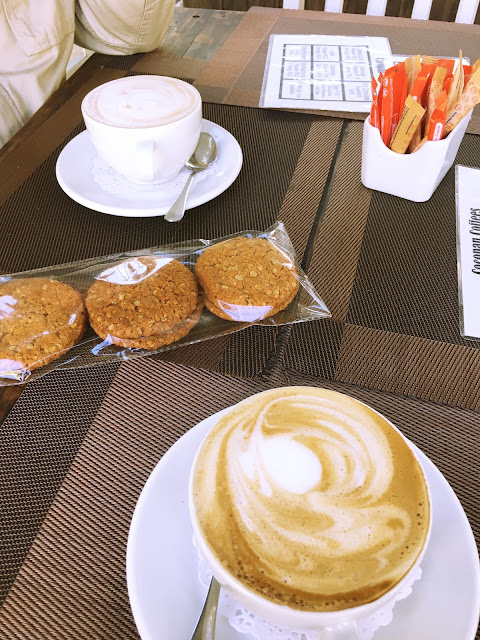 After a lazy hotel afternoon nap we wanted to try out Oppistasie as we always see their signs when entering Oak avenue and because it's one of the only restaurants that are open in the evening. It was too dark to take photos of the place, but it's out on a dirt road close to Cullinan station. Driving there in the dark we weren't certain we were on the right path, but just before we wanted to take out the GPS the restaurant appeared before us. It's very quirky and I loved the three cats roaming around the restaurant. They weren't a nuisance but it was fun watching them snoozing and playing with each other.

We were both in the mood for steaks so we ordered steaks with chips and a mushroom sauce. As you can see our steaks were buried under a mountain of homemade mushroom sauce! I've never eaten out of a shovel so this was definitely an experience! Next time I'd like to return during the day so that I can take pictures and explore the place more. 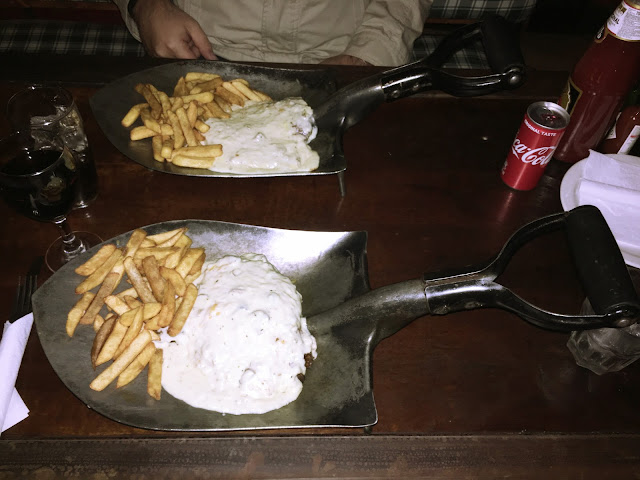 We also went to the jewellery store, the gallery, the sweet shop, the shop that sells other people's crafts, and the second hand bookstore. There truly is something for everyone!

Have you ever been to Cullinan? What can you recommend we do next? Let me know in the comments section.

Hildegarde
xoxo
Posted by Unknown at 07:00
Email ThisBlogThis!Share to TwitterShare to FacebookShare to Pinterest
Labels: Cullinan, restaurant, Travel post, what to do