This has been long overdue, but I feel like I finally have enough favourites in one month to warrant a favourites post. The past few months were spent packing in and unpacking, and setting up our new house. Someone has also since broken in and stole some of my beloved gadgets (including my Macbook), but I won't let that get me down. Between all of this I've been trying out a lot of new products since it seems that new products are being launched left, right, and centre, and there's quite a few favourites. So let's get stuck in... 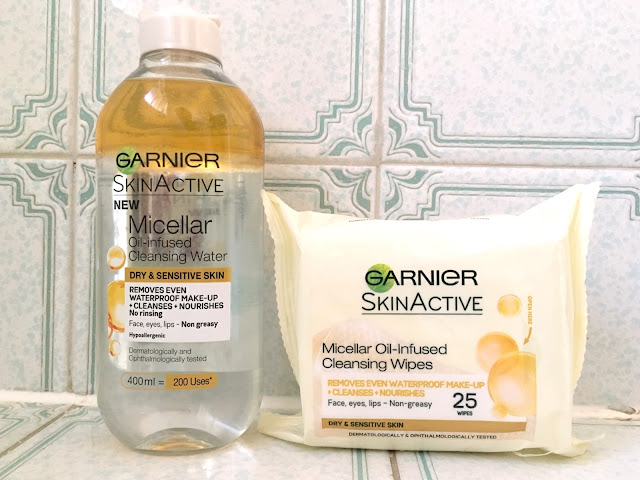 If you're a regular reader you will know that Garnier makes my favourite micellar water - the pink variant for sensitive skin. This has, however, been overtaken by their latest release which is the oil-infused one for dry and sensitive skin. I spoke about the micellar water and the wipes here. I didn't want to say anything, but from the first time I used this, I knew that it would be a firm favourite. The wipes are less economical, but still great for travelling and gym bags. The wipes are soaked through with product and are soft and gentle on the skin. I can highly, highly recommend both these products. 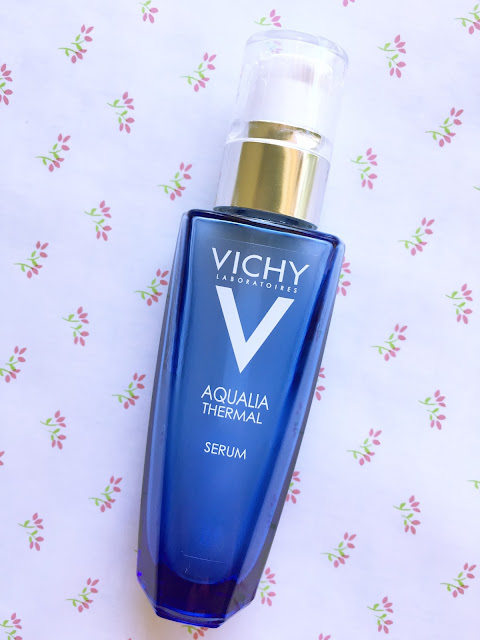 I was very excited to see this serum finally launching in SA since I already love most of the other Aqualia Thermal products in the range (night cream and day cream). At R490 for a drugstore serum it's a bit pricey, but I find that it does a great job of hydrating my skin. It's a thin gel that easily sinks into the skin and doesn't leave it feeling greasy or sticky. It also has an amazing light floral scent that doesn't linger on the skin. Clicks currently has a 3-for-2 special on all Vichy products, but I have unfortunately not seen this at any Clicks stores, only at Dischem... 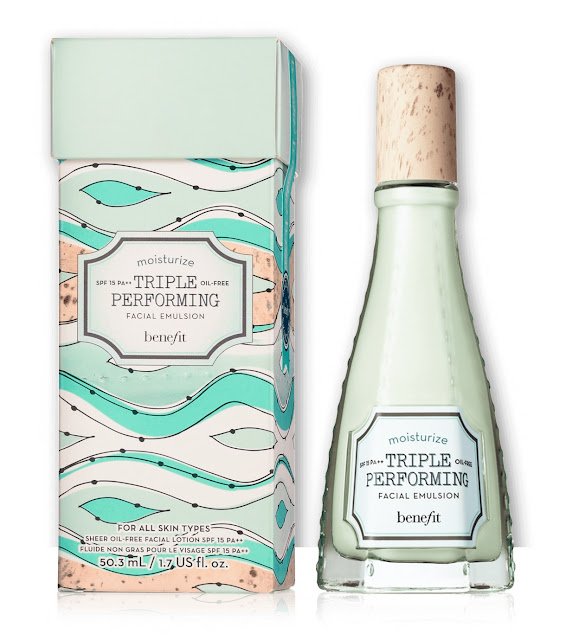 The above picture is from Benefit's website as my poor bottle looks very much worse for wear: I put the cap on too tightly so it cracked. I also have the travel size which I got in a goody bag, and not the full size.

I was a bit sceptical of using skincare products from a brand that is known for makeup. To me it feels like ordering a steak at a seafood restaurant. But, I was pleasantly surprised. The emulsion looks and feels like a sunscreen: it's not a rich cream or a cooling gel, but a thick white liquid. It's also called a "sheer oil-free broad spectrum SPF 15 facial suncreen lotion". It applies easily to the skin and sinks in quickly without leaving any film or greasiness. It feels nice and hydrating on the skin and I love the fact that it is broad spectrum SPF 15. It also doesn't break me out (even though it contains an SPF), so that's another plus. 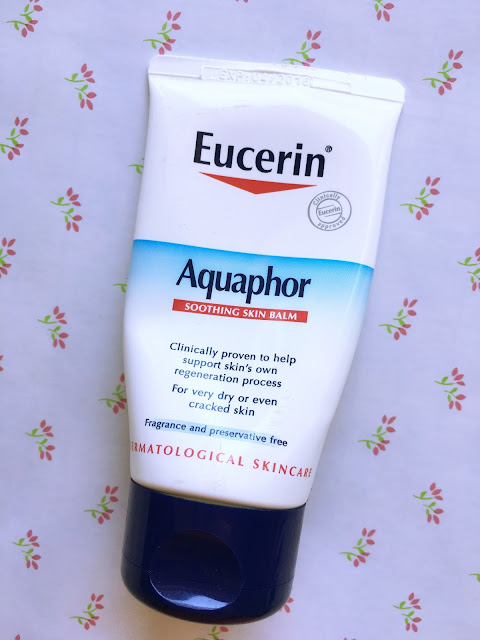 This little gem from Eucerin has done a great job of hydrating my lips, as well as my cuticles and the backs of my hands these past few months. It's a colourless, fragrance free thick balm that can be used for anything and everything. It's a small tube that can be thrown in handbags and suitcases, but mine currently lives on my bedside table. It costs R94 at Clicks and R75 at Dischem. 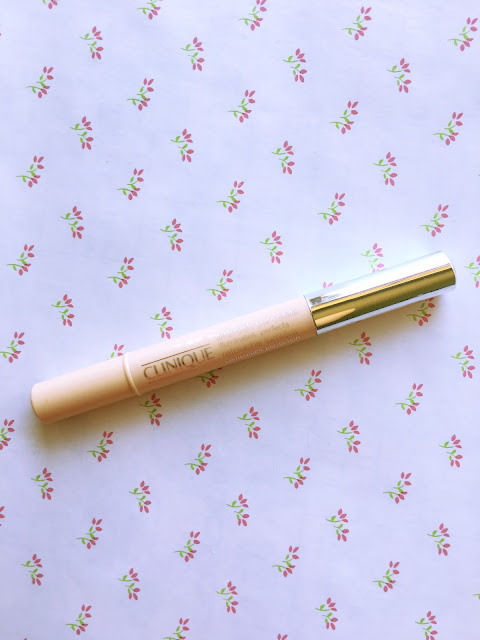 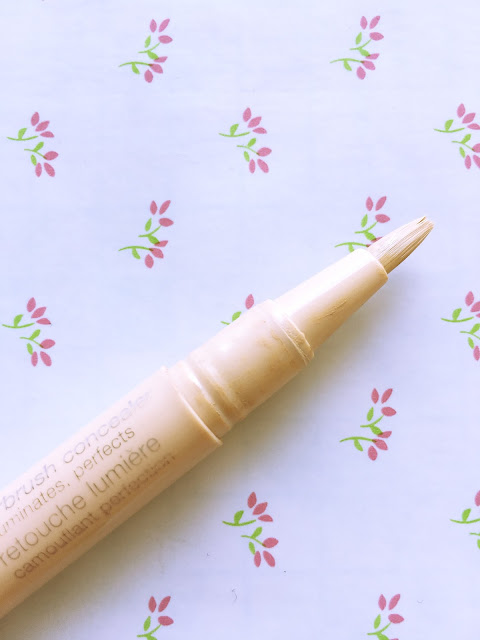 I was cleaning out my conceales when I found this Clinique Airbrush Concealer lying forgotten at the back of the drawer. I started using it again and remembered why I bought it in the first place... The concealer twists up at the back and the product is dispensed through a small pointed brush. You then paint on the concealer and blend it out. It's creamy and provides good coverage without becoming a cakey mess later on. I probably won't repurchase this as it was quite expensive as far as I remember, but I will definitely use it until the last drop. 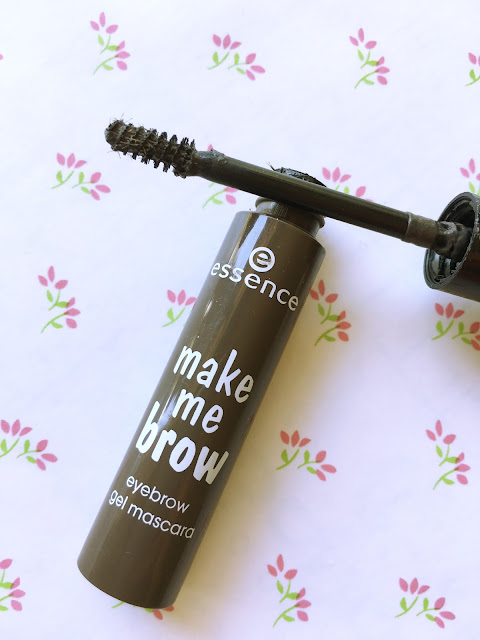 I have a feeling that this has been in a previous favourites post, but this month I have been loving combining this with my BDB universal brow pencil. I use the pencil to fill in my brows and then go over everything with this eyebrow gel mascara. It fills in any spaces I might have missed with the pencil, and sets the hairs with the gel. It's also incredibly cheap, so a total no-brainer. 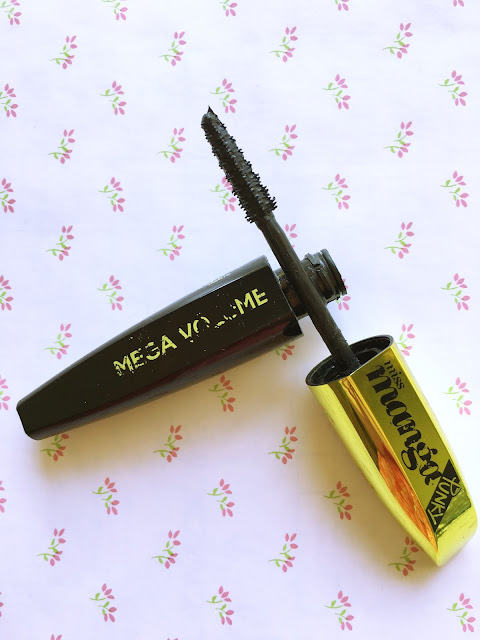 This is also a rediscovery as I've had it for a while now. I liked it the first few times I've tried it, but it seems to be getting better the more it dries out (even though it's still quite wet). I find that this mascara makes my lashes look long and pitch black. The only gripe I have with it is that after a few hours it leaves behind black smudges on my brow bone. Besides that, I think I might like this better than the original Miss Manga mascara. (I see that there is another variant being released soon and I will definitely be trying that one out).

And those were my favourites for the past month! What were your favourites? Leave me a comment down below.