I feel like I haven't gone on holiday in ages (well, that is actually true), so I was very excited to plan a little getaway for the husband and myself in the second week of October. We wanted to stay in or near Thabazimbi so that we could visit Marakele National Park and that's exactly what we did.

Thabazimbi is a small town and only recently got their own mall (Thaba Mall). It doesn't have a lot, but there's at least a small Clicks (with a pharmacy), Pick N Pay, tiny Woolworths, Mr Price, Mr Price Home, and a couple of restaurants. That's usually the problem I have with staying in guesthouses: you're sorted for breakfast, but what do you do for dinner? We ate at the Spur, Ocean Basket, and Cappuccinos (I was quite surprised that there was a Cappuccinos!). 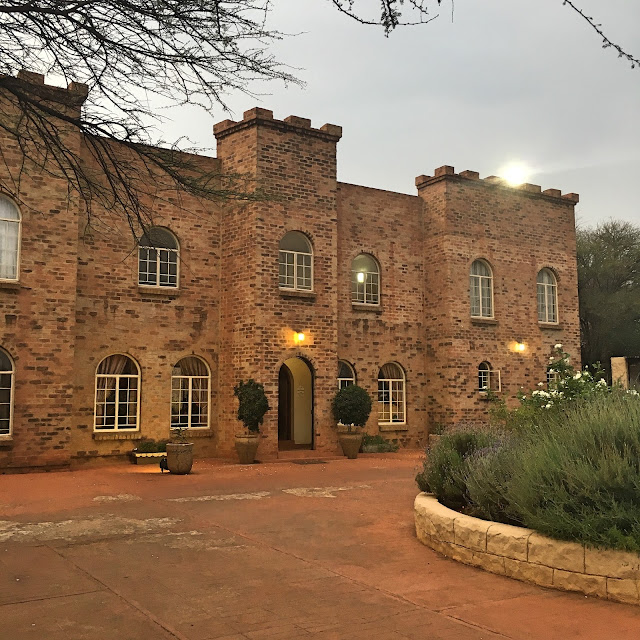 We stayed at Castle Guest House which is situated about three kilometres outside of town, and about 13 kilometres from Marakele National Park. The main reason I chose this guest house is because it looks like a castle, I mean, come on! Unfortunately it's only the front that looks like a castle. The room we stayed in was nice and big with a queen sized bed, full DSTV, airconditioning, wifi, lots of closet space, and a separate bathroom with a shower. The second day we were there the temperature was a whopping 38 degrees Celsius and the aircon wasn't working properly... Luckily the manager sorted it out for us and I think the aircon/extreme heat is what made me ill on Saturday evening and lead to me getting laryngitis. 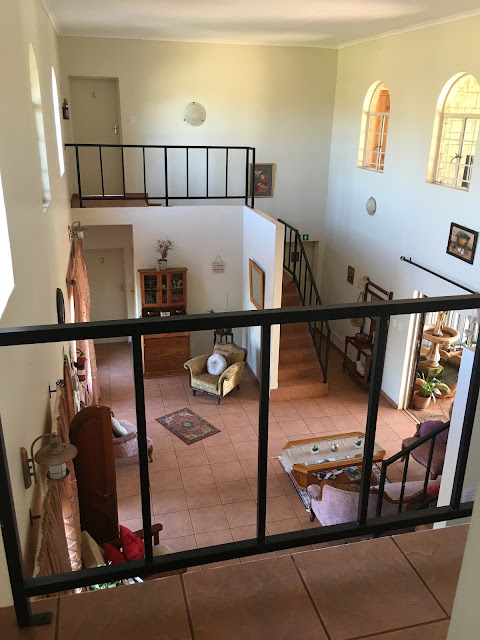 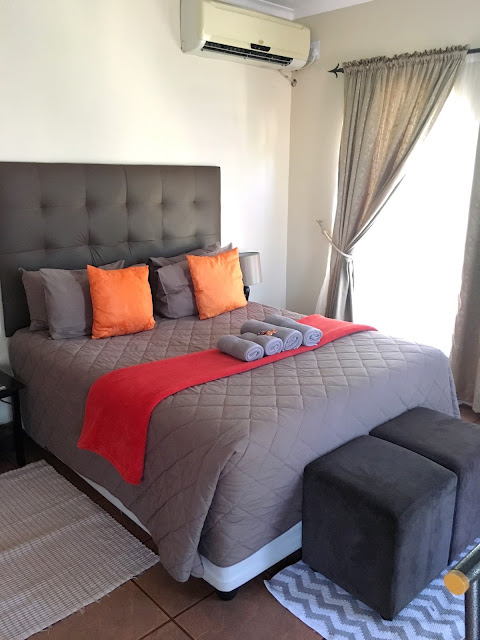 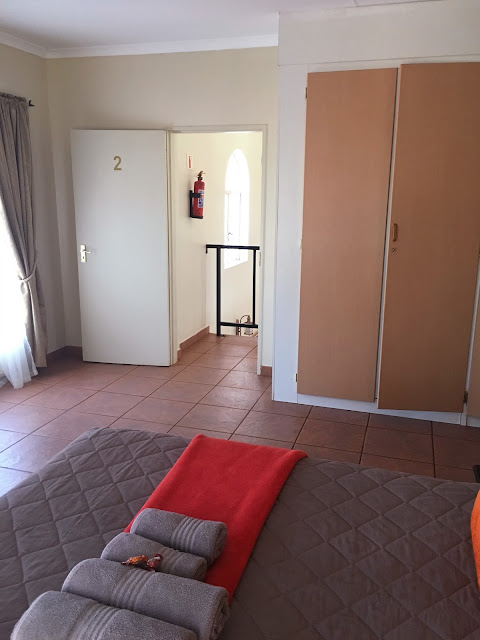 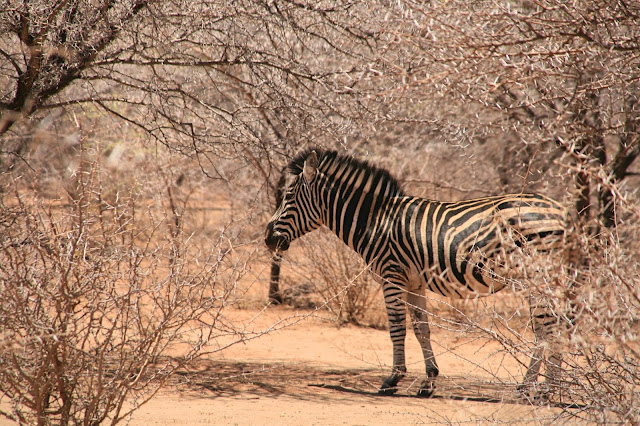 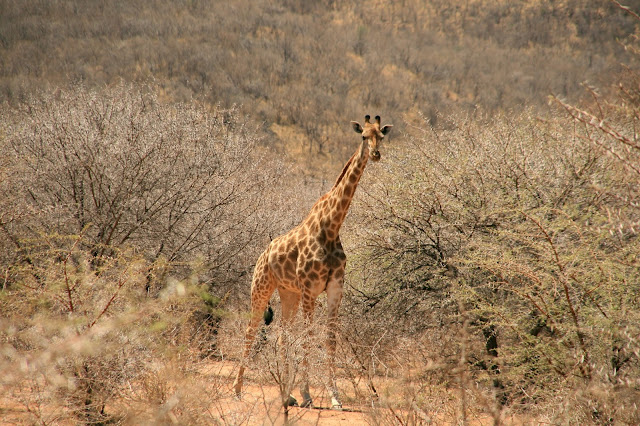 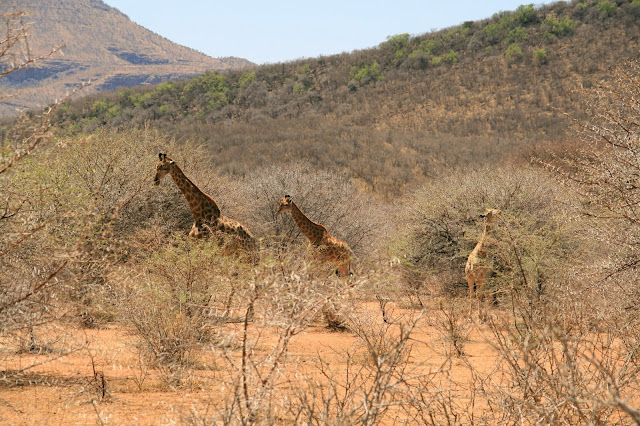 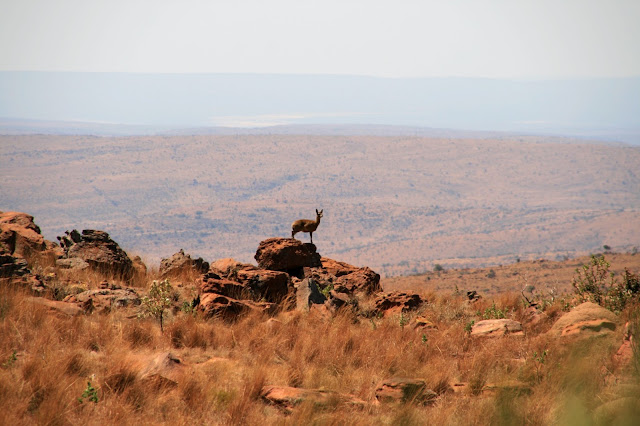 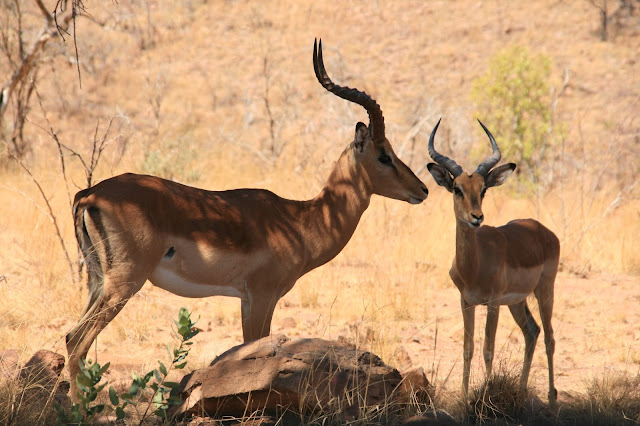 We were so excited to go to Marakele, as everything we read online seemed so promising. A big park less than three hours drive from us with the Big 5 as well as loads of other animal and bird species. What we didn't bargain on, however, is how dry it was going to be. I don't know what their normal rain pattern looks like, but they haven't had rain since 2014... We drove around for hours and only managed to see giraffes, zebras, and an assortment of bucks. The day after that we went back early in the morning before breakfast, but that didn't prove to be any better. Apart from the heat and the absence of rain, Marakele is a huge park with not too many roads, thus there are lots of areas where the animals can be where we simply just can't see them.

The views, however, are quite spectacular. There's a long winding uphill road that leads to the most magnificent views over the Marakele from the Lenong view point. That alone makes it worth going to Marakele, in my opinion. 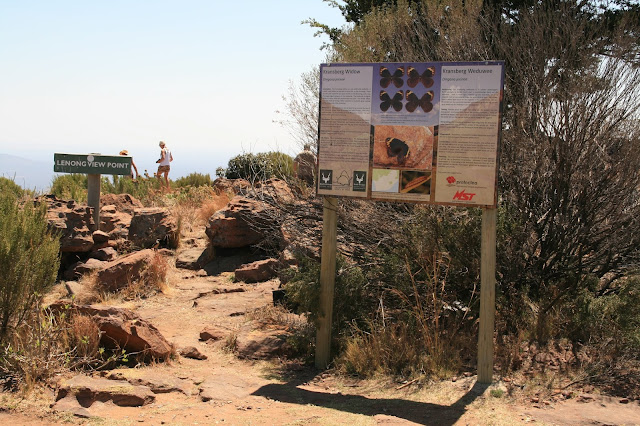 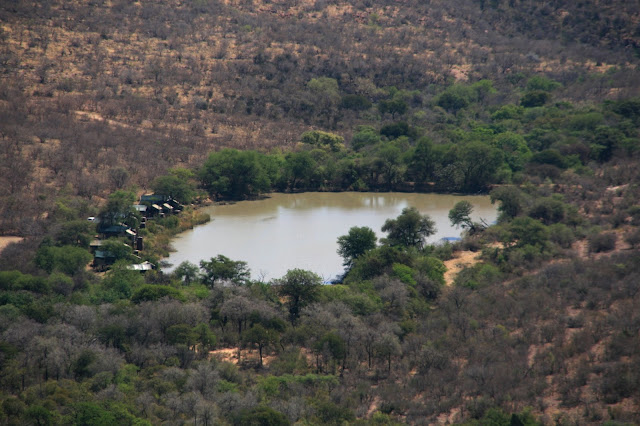 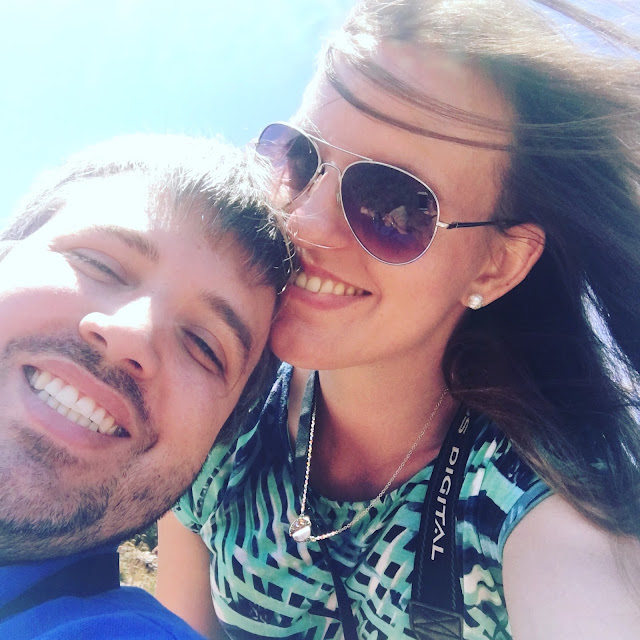 What else is there to do in Thabazimbi? Not much, I'm afraid. There's a Marakele Predator Sanctuary that costs R120 per person, but we didn't get around to going there. There's also a place called Zabula where you can participate in elephant-related activities, but at R550 per person, I'd much rather go do something else. After being a bit disappointed in Marakele we decided to just take the rest of the weekend to catch up on rest and reading, and that was really the best part of the mini holiday. "A change is as good as a holiday", and we had both...

Have you ever been to Thabazimbi or Marakele? What were your thoughts? Let me know in the comments section.