Travel Post: A Week in the Kruger National Park (Part I)

I feel like I haven't written a travel post in ages. This is partly due to the fact that I didn't document our Cape Town Christmas holiday (I was too pre-occupied with the break-in(s)) and then I had to do Phd corrections, my defence, my graduation, etcetera. A holiday was just never a priority, but luckily we decided to take a week off from work at the end of May and spend it in one of my favourite places: the Kruger National Park (KNP). Now this was special for multiple reasons: my PhD was finished (no more worrying about it, yay!), we had a friend staying in our house and taking care of our dog, and I got to go back to the place that was basically the background to my PhD thesis. I won't go into detail here but it felt very special going back there after my PhD was completed and actually just relaxing for a change!

We went for a week and stayed at four different places so I'm going to break the trip up into two parts just so it doesn't get super long and boring. For the first part we stayed at Tamboti (two nights) and Satara (two nights), and for the second part we stayed at Skukuza (one night) and at Pretoriuskop (two nights). I'm also going to let you in on prices and a few tips, because it can be very expensive having a holiday in the KNP and we tried to keep it as cheap as possible while also relaxing and having a comfortable trip.

We left home late on Sunday morning and drove the five hours to Orpen gate (south of Phalaborwa but still almost in the middle of the park) and checked into Tamboti Tented Camp. Tamboti is what is referred to as a "satellite" camp. You check into Orpen rest camp and drive to Tamboti which is about four kilometers further into the park. Tamboti only has tented camps and these aren't your normal safari tents that have already been set up for you: these are more like tree houses. Each unit is a large safari tent with a proper wooden door, set on a wooden base above the ground with a deck and a braai (barbecue). The deck also has a lockable "cage" with shelves where you can store anything from food to utensils to cooler boxes, and next to it, also in a lockable cage, a fridge with a freezer. The reason for these being in cages is because the monkeys and the badger have learned how to open doors.... 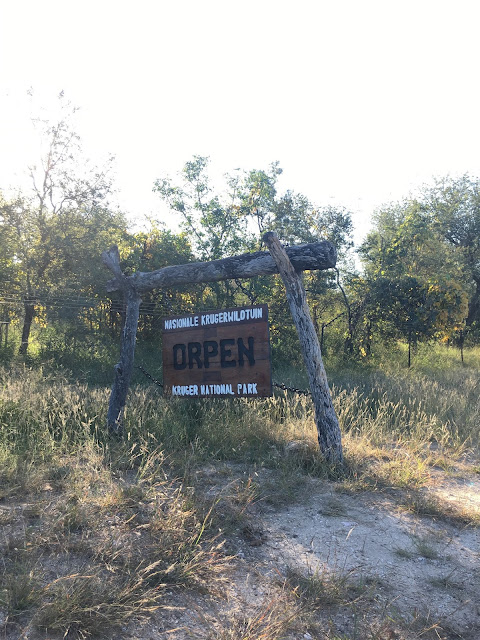 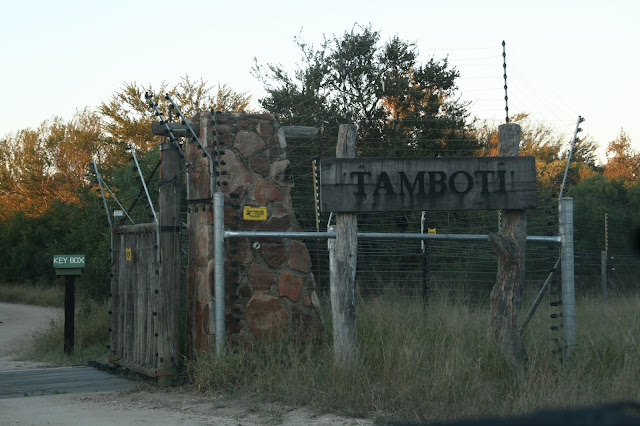 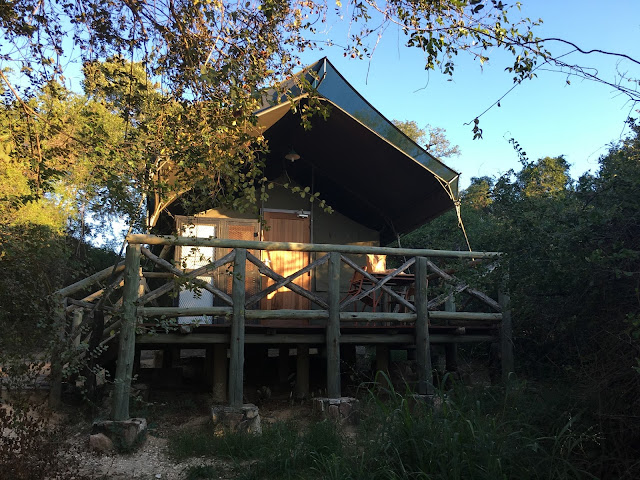 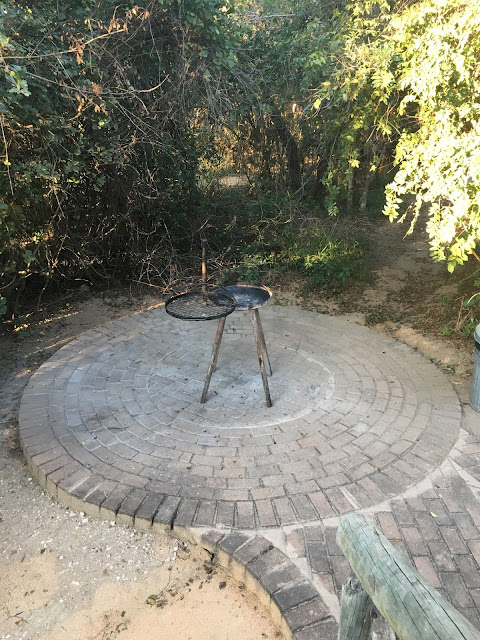 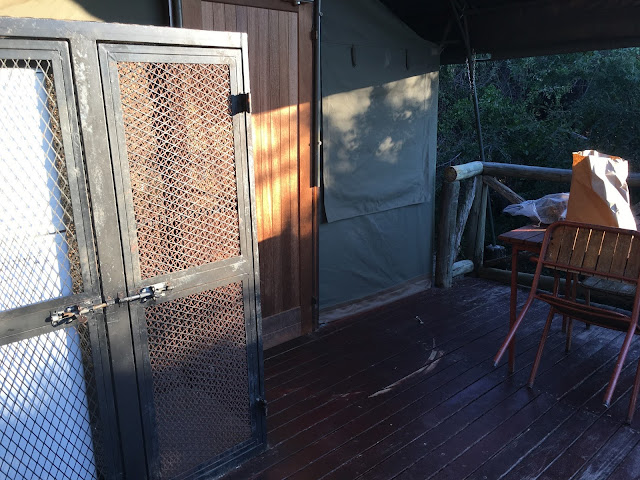 Each unit is situated overlooking the river. Now, the river hasn't had water in it for a long time nor can you see anything through the dense foliage of all the trees growing there, but at night you can hear lions roar in the distance and the first evening we heard an elephant walking along the dry river bed, breaking trees as he went along. There is also a resident honey badger that runs between the units at night, scavenging for food, and a beautiful spotted genet (looks almost like a cat but with a long thin body and a very long tail). The genet made herself comfortable next to our camp fire and we weren't sure if she was there for the heat or in the hope that she could get a piece of meat... 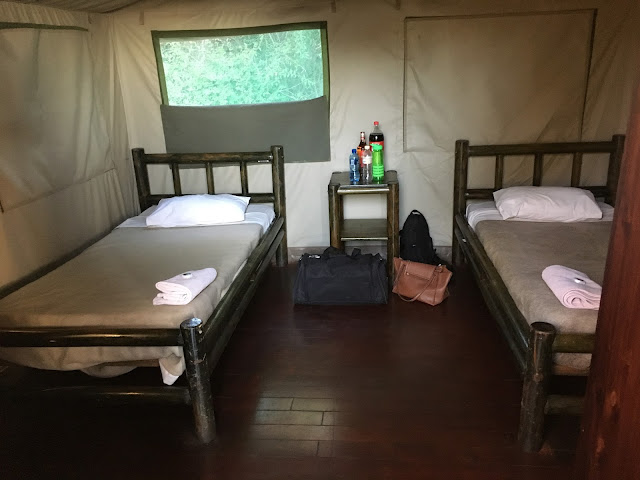 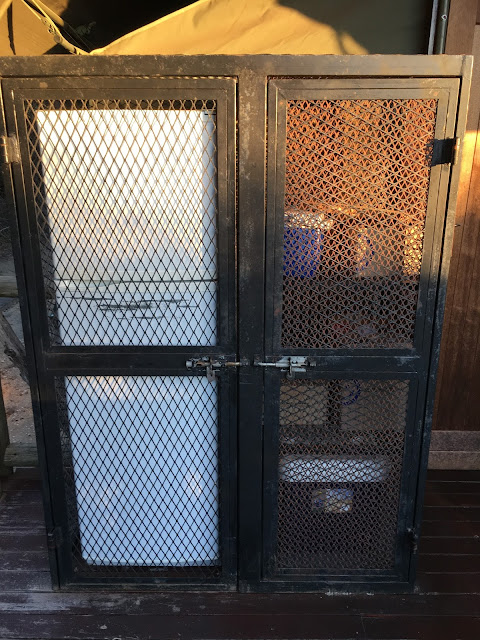 The tent itself is nicely furnished with two single beds, a bedside table, a large wardrobe, and a fan. The beds themselves were a bit rickety and my husband complained that the slats hurt his back. The first night I was really cold and had trouble sleeping even though the blankets they gave were very nice and snug. I did however thoroughly enjoy the night sounds and our neighbours on both sides were very quiet, adding to the bush experience.

Monday morning we woke up early to go on a self-drive and when we came back we tried to make breakfast. We had to make breakfast at the communal kitchen and our first attempt didn't go too well. I think we were both struggling to adjust to the fact that we didn't have a (our!) kitchen where everything we need is nice and close together. Our safari tent was also far away from the kitchen and the ablution blocks, which didn't help the situation.

Highlights of the day include seeing a white rhino (!) and two elephants swimming. One of the elephants was actually completely submerged and it was incredibly cool. We also saw giraffes and zebras, buffalos, elephants, the list goes on. 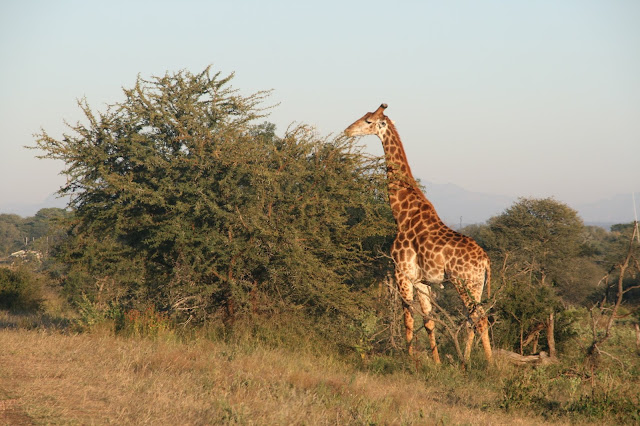 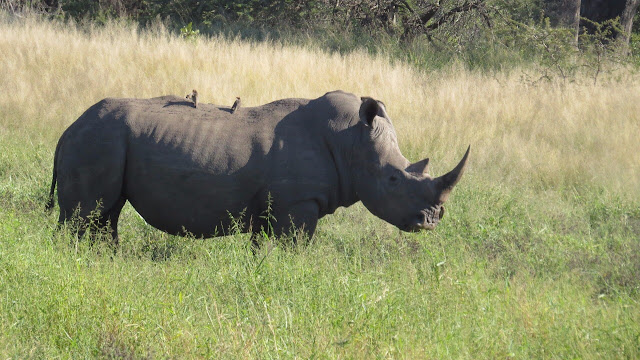 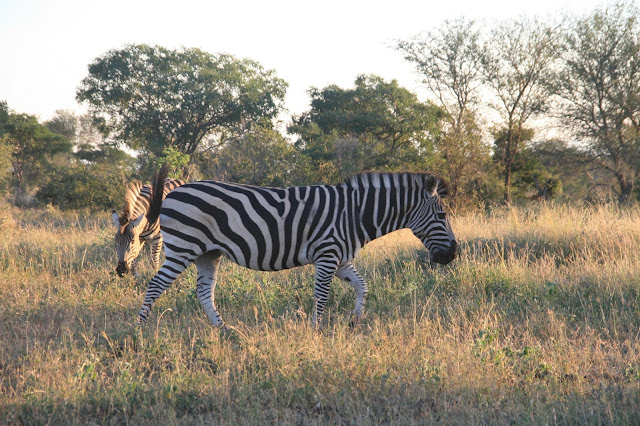 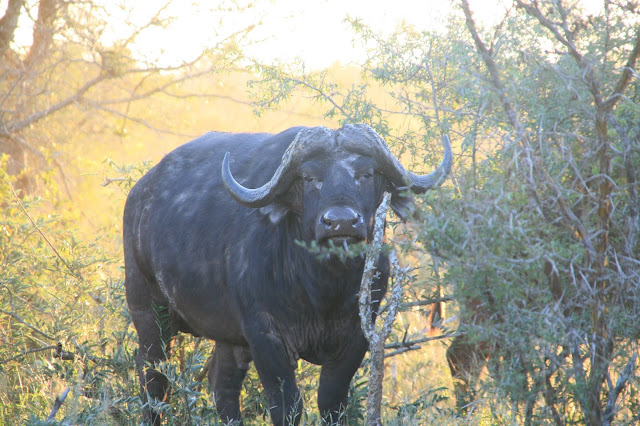 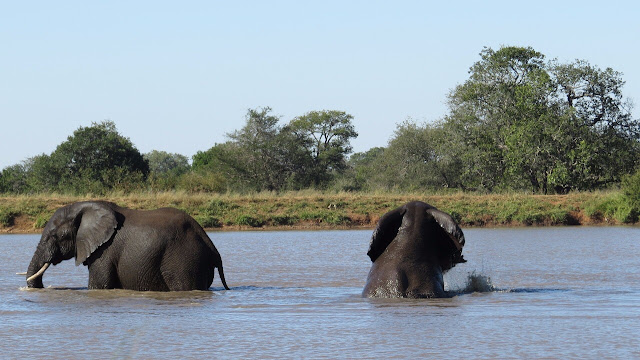 We slept in Tamboti for a second night and this time I thought I was going to freeze to death. Never have I ever been that cold while in winter pyjamas, in bed, and with an extra blanket. I was very happy when morning arrived and it started getting warmer.

After a quick breakfast we packed up and left the camp and started on our journey to the next camp which was Satara (about an hour and 10 minutes to the east of Tamboti). 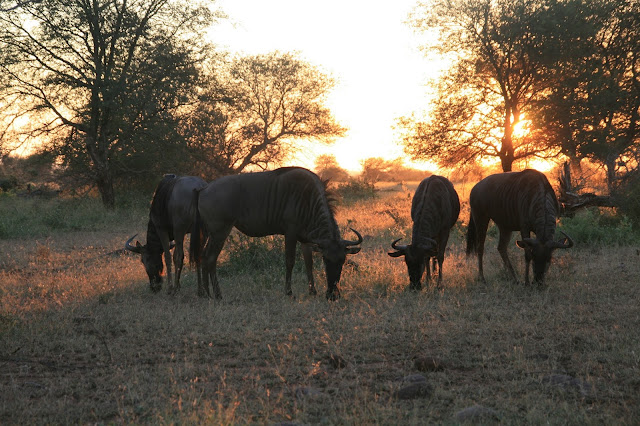 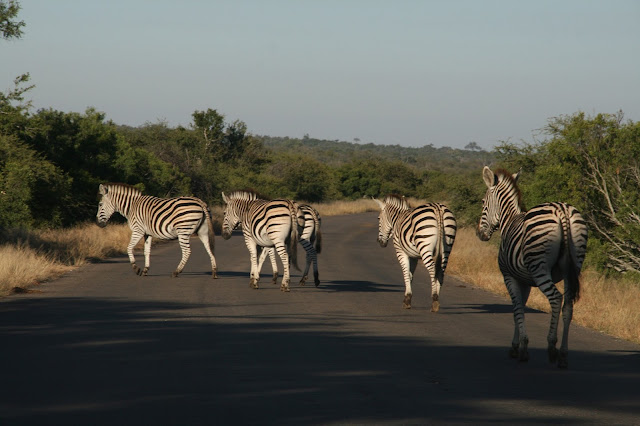 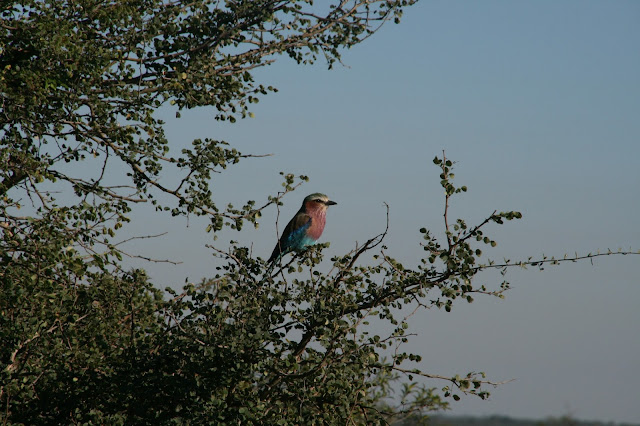 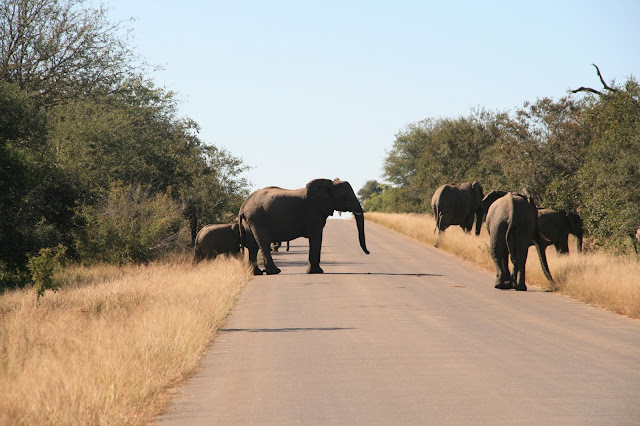 We got to Satara around lunch time and hung around until we could check in. The bungalow has a little porch with a table and chairs as well as a fridge and a cupboard for storing your food. All the bungalows are built in a large circle so that everyone's braais look out onto the same grassy area. 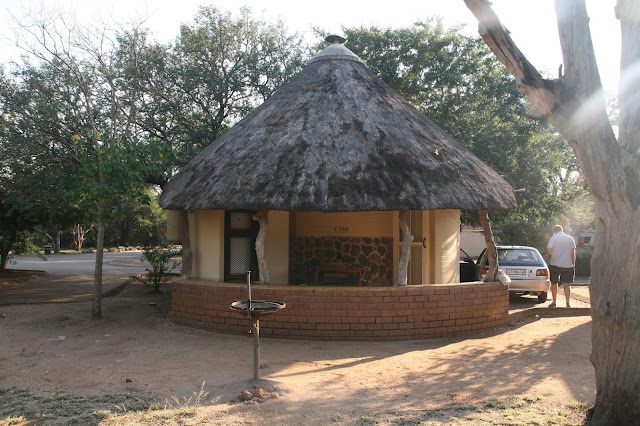 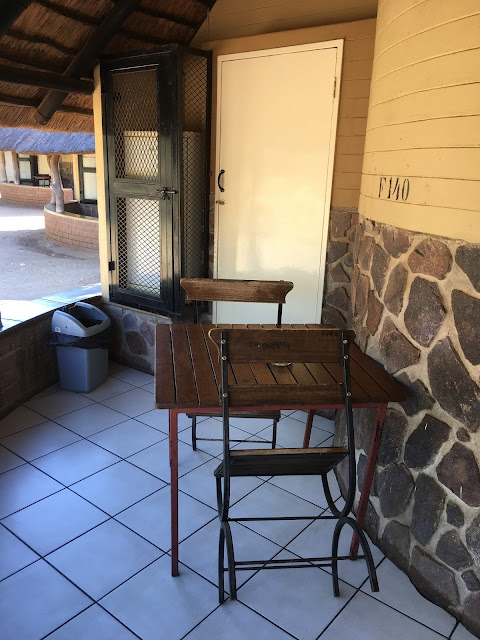 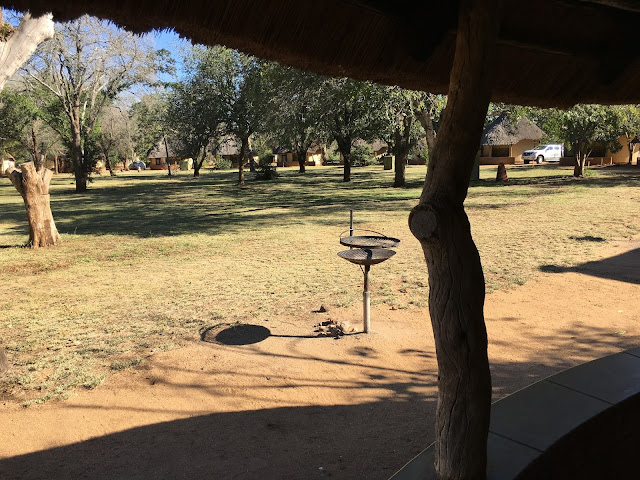 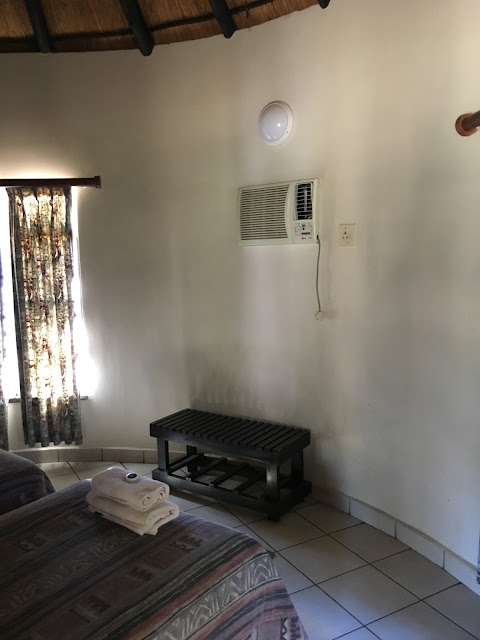 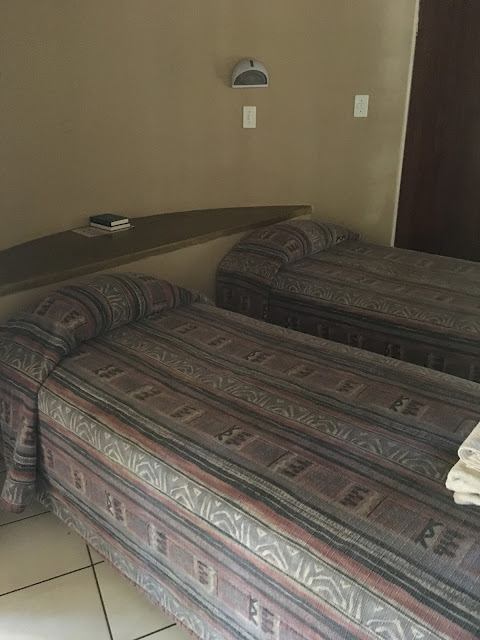 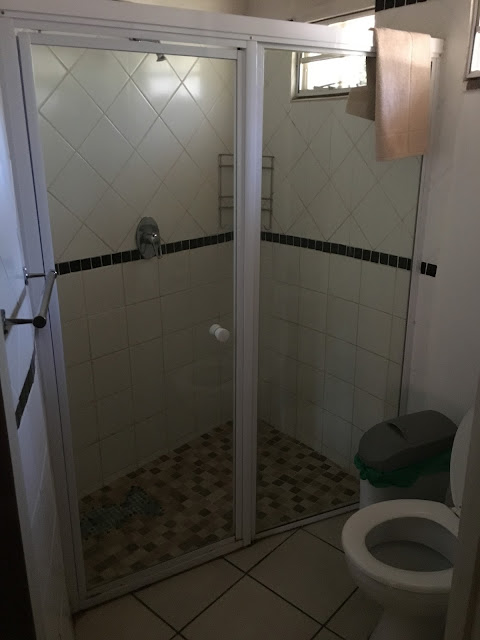 After spending two nights staying very far from our kitchen and bathroom, I was quite excited to get to Satara as we had a bathroom inside the unit. It's not because I'm fancy, but if your aim is to get up at 5:30 am and go on a self-drive by 06:00 am, then it's just nicer to roll out of bed and into the bathroom. Also, if you want to go shower at night you don't have to carry a flashlight and be on the lookout for snakes on your way to the ablution blocks...

As with the other mornings we went on a self-drive early the morning. A big highlight was seeing two cheetahs walking beside the road just after dawn. What a sight! We also saw hyenas crossing the road, and lots of other great animals. 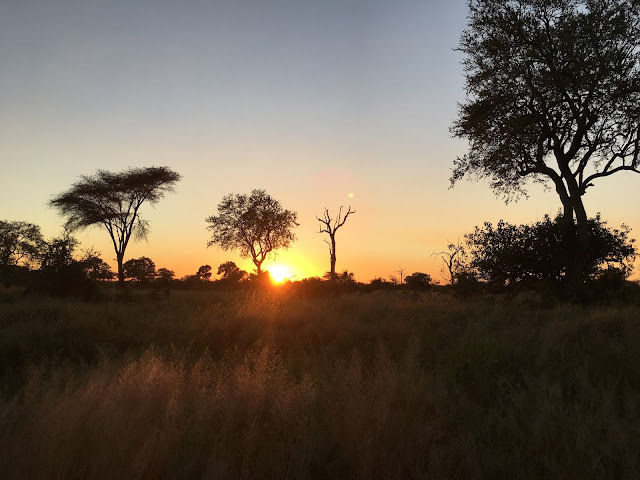 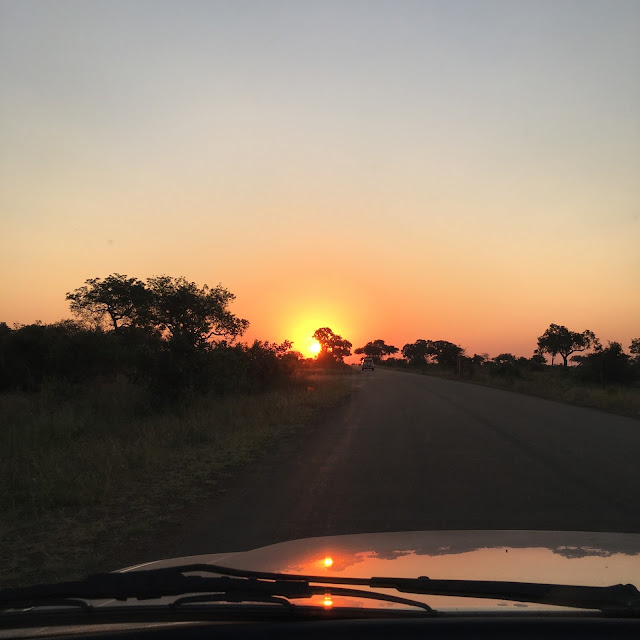 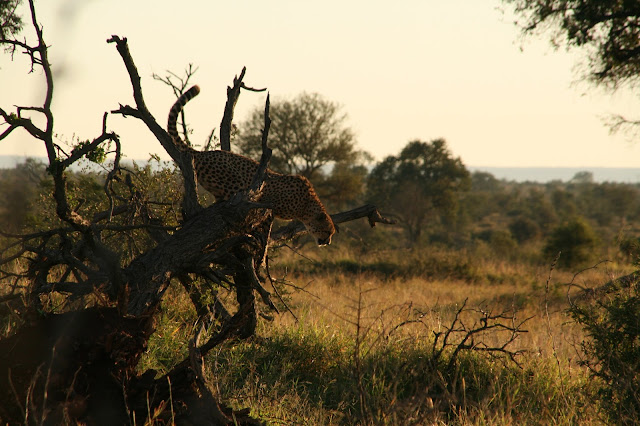 After the excitement of seeing cheetahs we went to a picnic spot for breakfast. I can't remember the name of the picnic spot, but there's a couple of them dotted around the KNP. You can bring your own food and utensils, but most of the picnic spots have "skottelbraais" (gas cookers) for rent: R25-R40 (depending on where you go) and then they set it up for you and take it away as soon as you're done, which means that you don't need to clean it. Bargain! This particular picnic spot also has a fantastic lookout point where you can sit and look out over the landscape. We enjoyed the view and also managed to spot a gigantic alligator on the bank of the river. 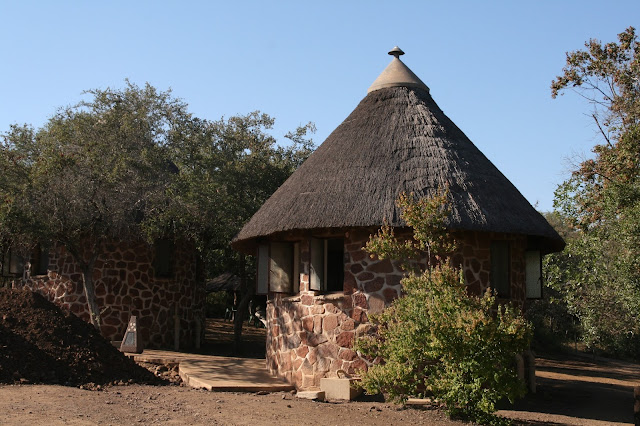 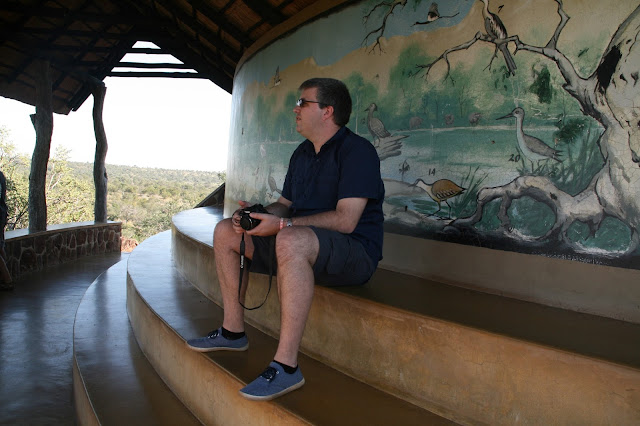 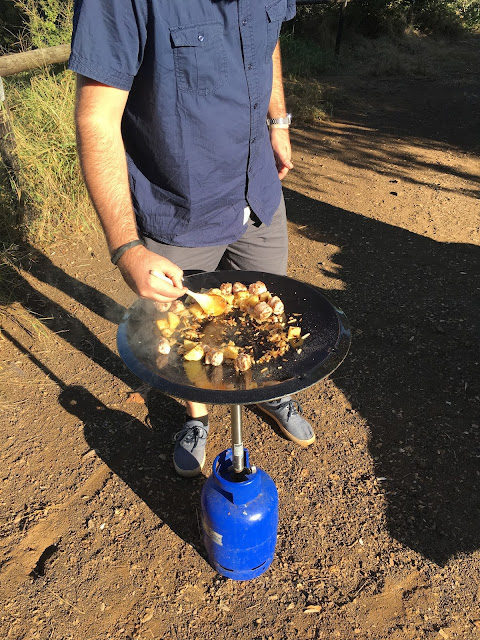 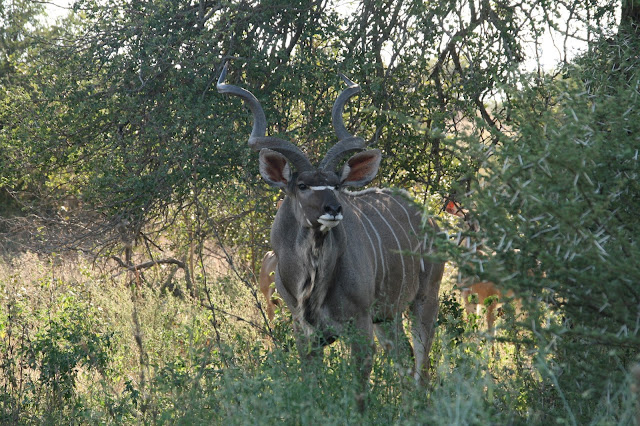 We stayed at Satara a second night and I have to say, these two nights at Satara were honestly the best sleep I've had the entire trip.

And just like that we were halfway through our magical trip through the KNP. Check in next week when I'll be blogging about the rest of our trip. In the meantime there will be a favourites post on Thursday for those more makeup and beauty inclined...