I heard about Konjac sponges for the first time from my friend in France. At the time it was big news in Europe and shortly after it rippled across the waters to South Africa. When we went to visit in France, my friend gifted me a white Konjac sponge (the one for all skin types).

I have a bit of an obsession with facial cleansers, so I wanted to use up a few before starting out on the Konjac sponge. That resolve didn't last long, and before going away for a night I decided that the Konjac sponge was going to be easier to travel with than a decanted cleanser and a face cloth or two. 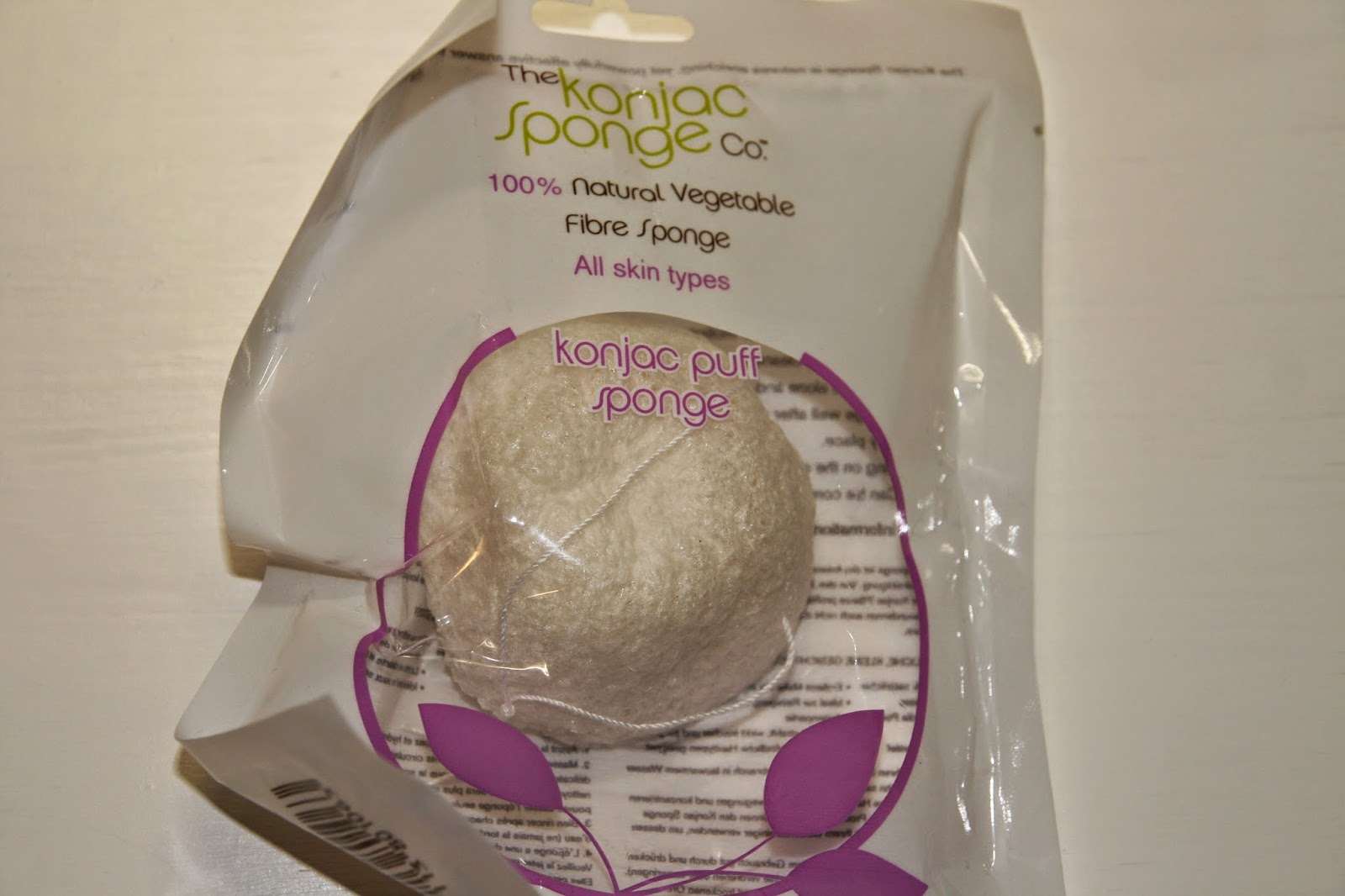 The sponge comes in clear plastic wrapping with detailed instructions. It does not look like a sponge at all: it looks like those air popped chips from Woolworths, except that it's harder and has its own string. You place it in hot water until it puffs up and starts to resemble a dome-shaped sponge. The texture is also unlike normal sponges, as it is made entirely of vegetable fibres. This also makes the sponge biodegradable and you can chuck it on the compost heap after you've used it. The sponge is good to use for three months, or until it starts looking a bit worse for wear. After using it you rinse it with clean hot water and squeeze the water out (don't wring it). You then hang it up on its string somewhere where it can air dry. I'm not sure if direct sunlight is OK, but I hang mine on a little hook in the bathroom that the hubby made especially for my Konjac sponge.

To use the sponge, you wet it with clean hot water, squeeze the excess out, and start washing your face in circular motions. I always remove my eye makeup beforehand, as I don't want my sponge to become too dirty too quickly. I also have sensitive eyes so I like to make sure I get everything off. They say you can use the sponge just with water, but if my face is feeling particularly icky after the end of a long day, I like using a bit of facial cleanser with the sponge. I like using the REN Mayblossom T-Zone Cleansing Gel or the REN ClearCalm 3 Clay Cleanser. I apply the cleanser directly to dry skin and massage it in, then go in with the sponge as I would with a face cloth. After everything is off, I rinse the sponge under hot water and clean my face again with just the wet sponge. In the mornings I normally just use the wet sponge on its own. 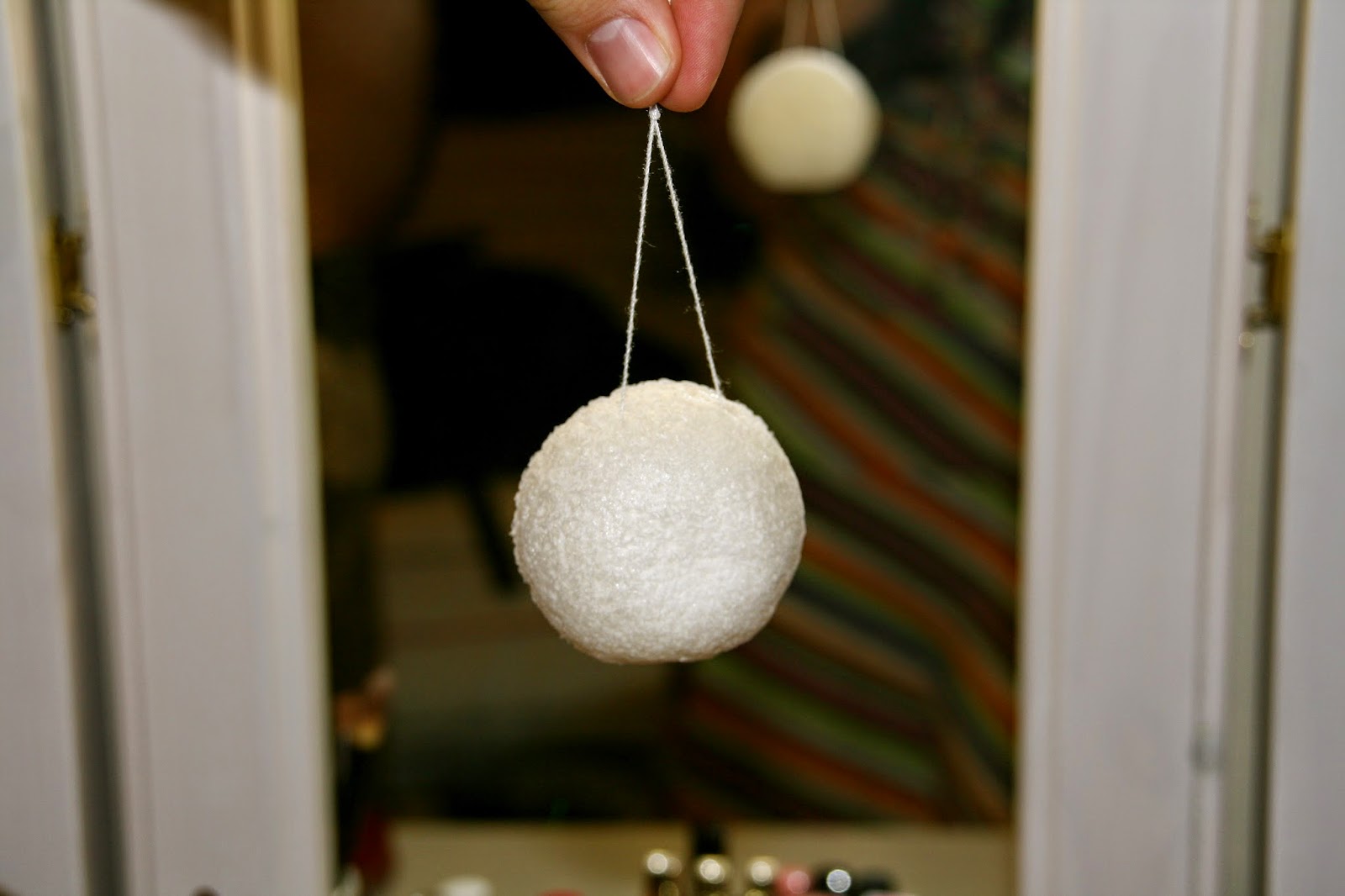 After using the sponge for about four consecutive days (twice a day), I noticed a vast improvement in my skin. Now, my skin was reasonably well-behaved to start with, but it was like my skin was glowing and much smoother and softer! It was incredible! That being said…after about 10 days I could see my skin starting to get slightly less-behaved, and it was as if my skin was suddenly more oily. I don't know if this was hormonal, environmental, or cosmetic, but I started going back to my face cloths and alternated them with the sponge, and things went back to normal. I can't see why you shouldn't use the sponge every day, in my opinion it has pretty much the same function as a face cloth.

The sponge costs about R200 in South Africa, which is extortion for a small sponge, but if it replaces your facial cleanser for three months, twice a day, that's a pretty sweet deal... Plus, it travels like a dream!

Have you ever used a Konjac sponge? I'd love to know your thoughts!