I am always on the lookout for a new primer, and I love browsing the Catrice counter at Dischem. I was delighted to see two new products on the shelves, namely the Prime and Fine Anti-Red Base and the Prime and Fine Pore Refining Anti-Shine Base. 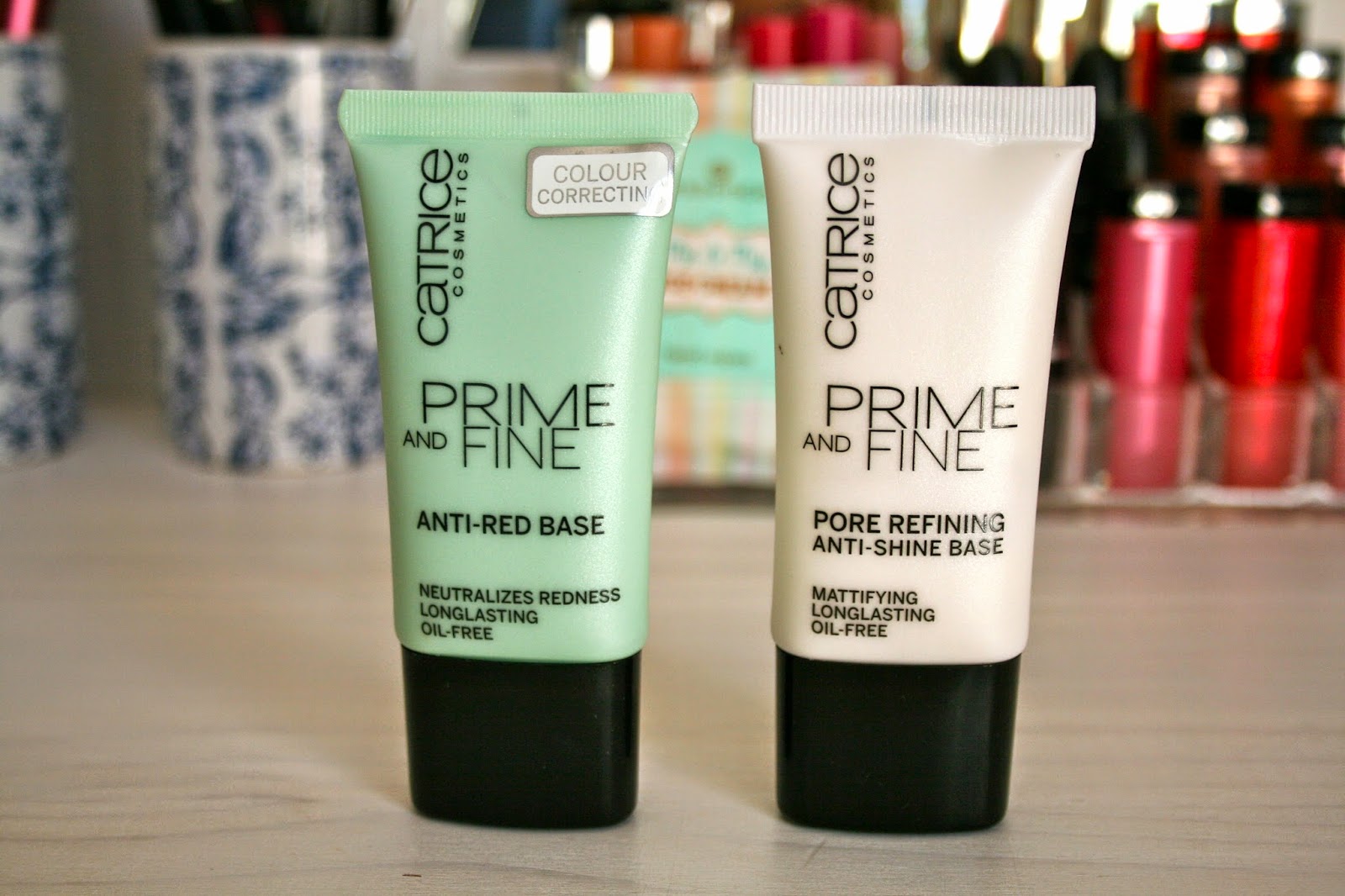 I started with the green bottle, the Prime and Fine Anti-Red Base. The packaging reminds me of the Smashbox primers. The texture is a gel cream and it applies easily, but not with as much slip as the Smashbox or Stila primers. I had high hopes for this primer, as I need something to cover the redness on my cheeks. I was unfortunately quite disappointed to discover the amount of glitter in it. Yes ladies, I said "glitter". It's not a radiant shimmer or a glow, it's glitter. In the name of research I applied it all over my face, just as I would with any other primer. For the rest of the day I looked like a character from Twilight filmed in the sun. Ok so it's not quite that bad, but you get the idea. Below are two photos of the anti-red base. The first shows the colour and the texture of the primer, the second shows the glittery blended result. 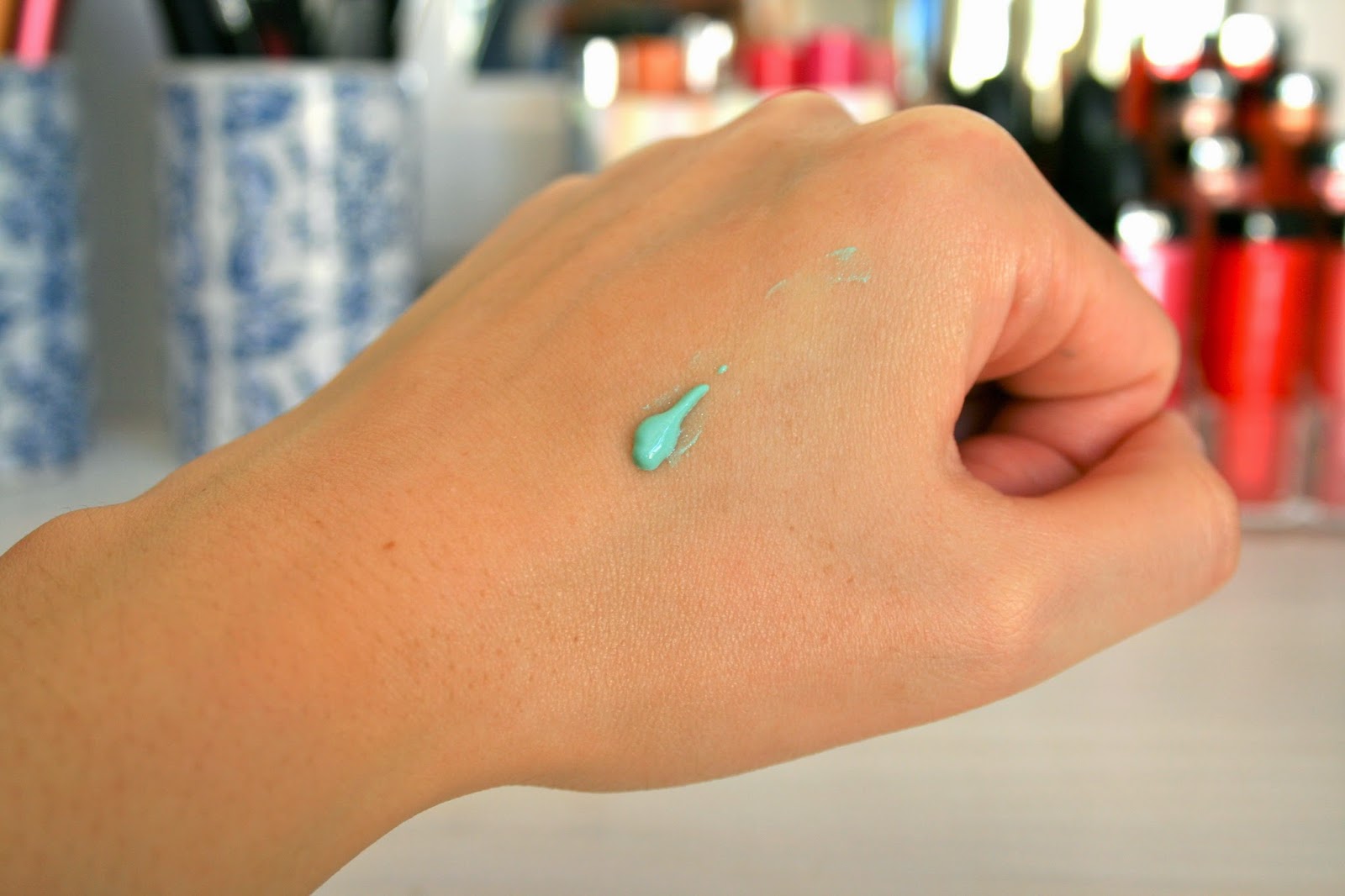 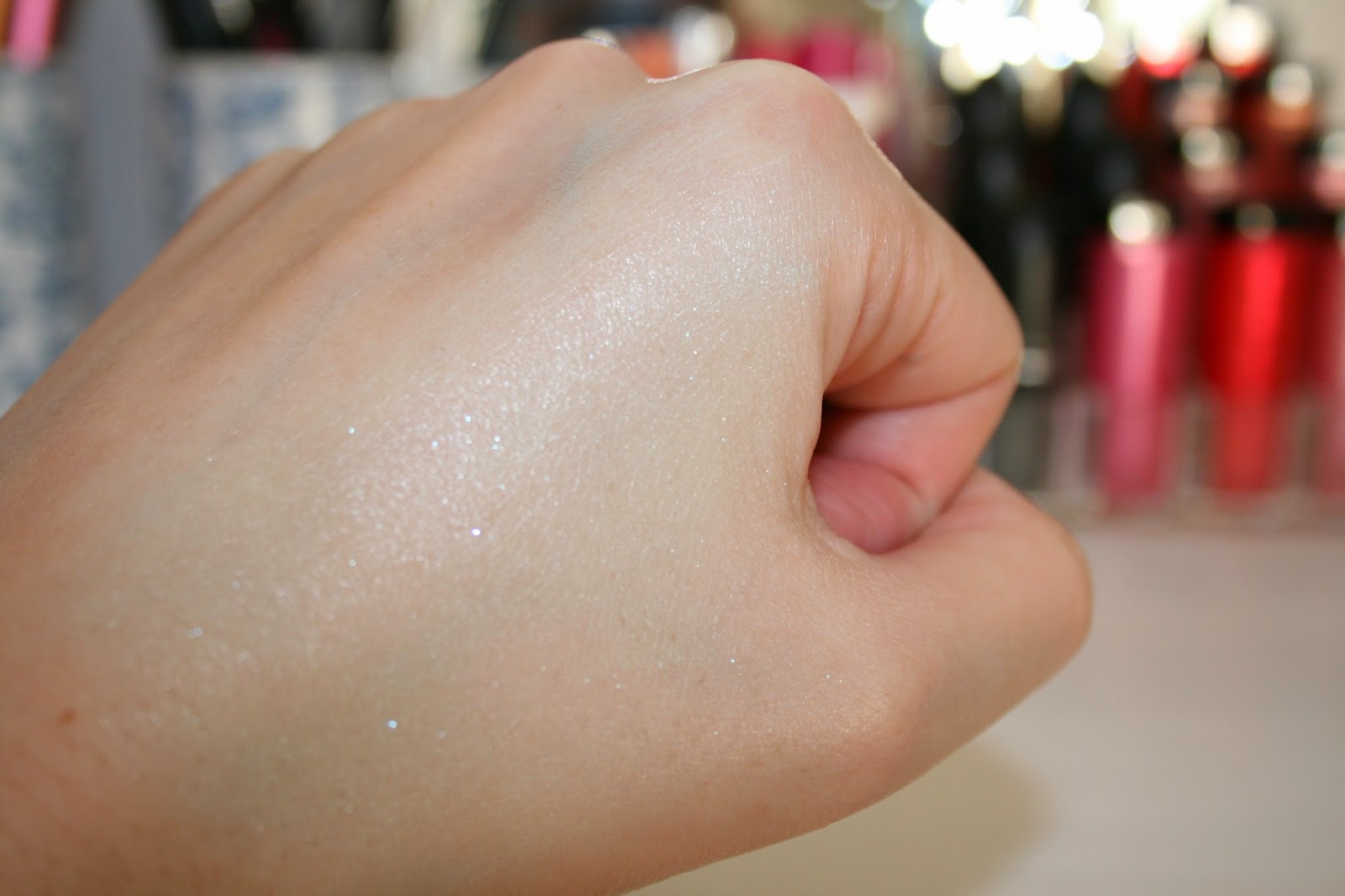 After the mishap with the anti-red base primer, I tried the Pore Refining Anti-Shine Base. The texture is also a gel cream and it is white. This reminds me of the Smashbox primer that I have (the one in the old boxy packaging). This also doesn't apply quite as easily as the Smashbox and Stila primers. I wore it under foundation and under CC cream on separate occasions, and I can say it did a fairly good job of mattifying my skin. Usually I am an oil slick by 11:00, but with this and some setting powder after foundation/CC cream, I found it to last until about 14:00 or 15:00.

I think these primers (maybe even the glitter ball one) would work beautifully when paired with the rest of the Catrice Prime and Fine range. It is also a lot cheaper than any of the other primers I have come across. The Pore Refining Anti-Shine Base gets a thumbs up from me.

These primers are available for R77.95 each at Dischem.

Have you used any of these primers? Let me know in the comments section!