I love trying out new mascaras, especially if they are cheap. To me, if I have to throw it out after 3-4 months, there's no way I'm spending upwards of R200 on it, sorry. I like my essence, Catrice, Maybelline, and L'Oreal mascaras, and when I saw that L.A. Girl brought out four mascaras priced at R99.95 each, I knew I wanted to try it. 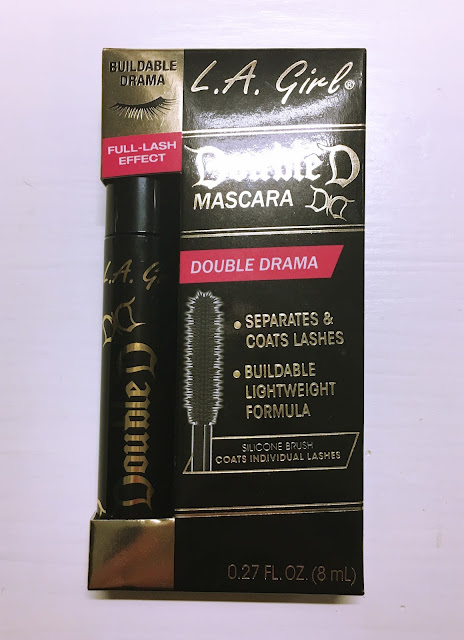 Please excuse the bad-quality photo, but it's so difficult photographing something with foil lettering! Anyway, I settled on the Double D (Double Drama) mascara. It comes in a swanky black and gold box which is, in my opinion, a waste of cardboard and space, but anyway. The mascara is said to give a false lash effect and "buildable drama". It is supposed to separate and coat your lashes as well as having a buildable and lightweight formula. 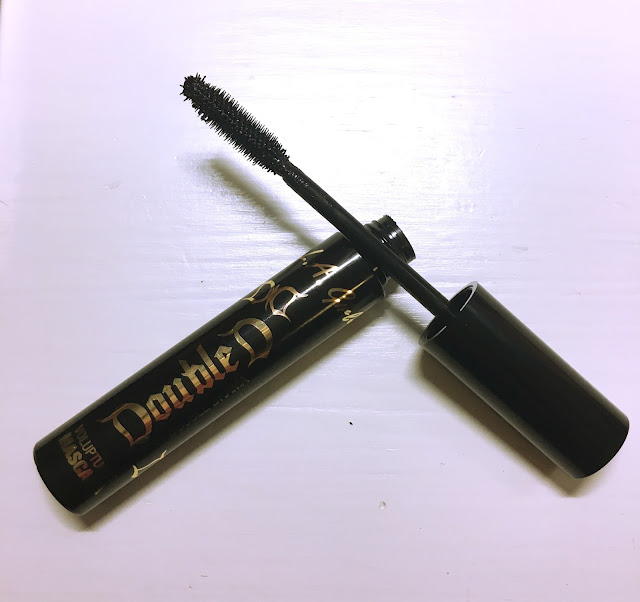 The wand is quite big and it has short plastic spikes. What occurred to me initially is how difficult it is to get the wand out of the tube. It's like the tube wrings all the mascara out of the brush wand and you're left with an almost clean and dry brush. I don't know if it's that or if the formula is just very dry, but I am very disappointed with this mascara. It does almost nothing for my lashes, and I have long, well-behaved lashed to begin with, so it's not that hard a task. The spikes separate my lashes, but almost no pigment is deposited onto my lashes. For R99.95 I could have done much better with an essence or Catrice mascara, to be honest.

Have you tried this mascara? What did you think? Did I just get a dud mascara or is this how they all are? Let me know!