As I'm typing this I am currently six months pregnant. Six months! I feel like time is moving slowly and incredibly quickly all at the same time. It feels like a lifetime ago that I found out I was pregnant, but the past couple of months have also flown past. Obviously I'm excited to meet our baby, but I feel like I want to be pregnant for a bit longer still, just so I can finish all the tasks and project that I'm busy with (or haven't started with!) and fully get to grips with that lies ahead (are you ever prepared?). 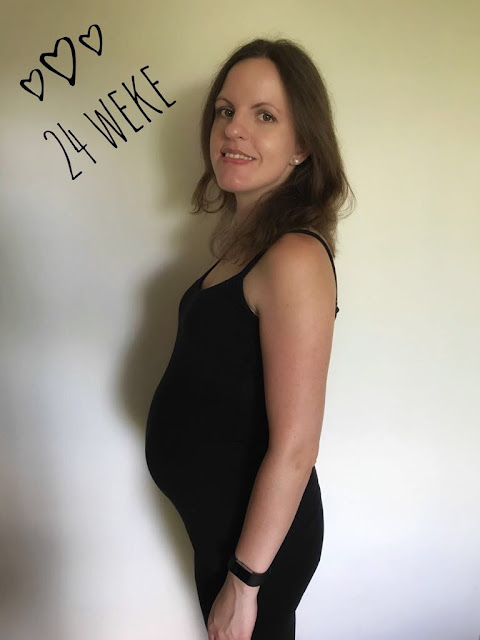 As you would have seen in the blog posts from the past couple of weeks, we went to Italy for our fifth wedding anniversary/baby moon. It was an incredible experience and I felt great for most of the trip. All the walking (and the fast walking, might I add) made me tire quickly, but the husband was very supportive and constantly asked me if I was ok and stopped so that I could catch my breath. The airplane trips also went fine: I had compression socks that I had to wear on all the airplane trips as well as the long train rides. I also had to get anti-clotting injections before each major flight (and 24 hours afterwards) administered by the husband.

In Venice we decided to open our note from the doctor (she insisted on writing the baby's gender on a piece of paper) and was elated to find out that we are expecting a baby girl. We had already started on the nursery and painted the walls two-tone: white on the top two thirds and dark grey on the bottom third. Now that we know it's a girl we can put pink accent pieces in the room to balance out all the white and grey. We also decided to replace the carpet with laminate flooring, but that's something for the new year (and the new year's budget!). I don't want to be cleaning carpets with a baby, and tiles are also very hard and cold, thus laminate flooring sounded like the better option. 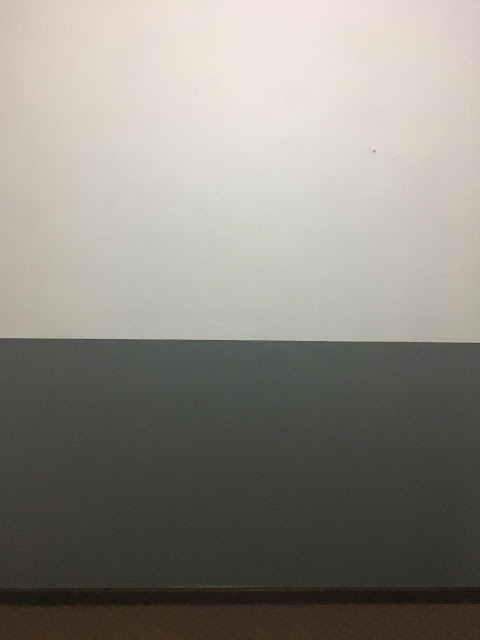 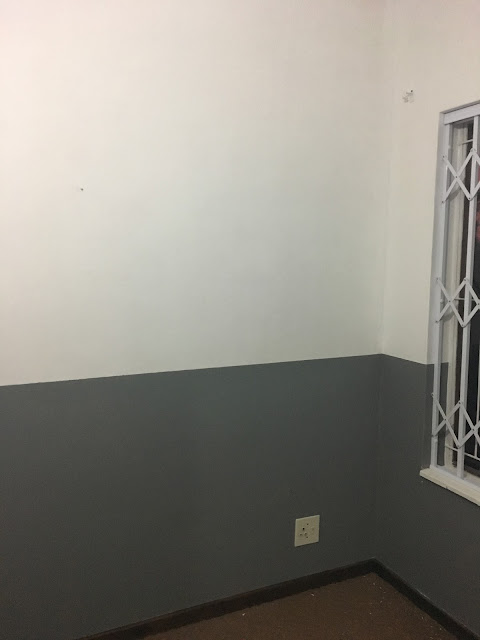 We've also started buying a few things for Olive (that's what we've been calling "him/her" for the past few months - Olive could be Oliver or Olivia, see?). Apart from the cot that we bought in October already we bought a cute dress, a winter onesie, a bath tub, burp cloths (thanks, Granny!), a sheep teddy, a mosquito net for the cot, and the most beautiful woven laundry basket. My friend gave us the most beautiful white crochet blanket that she asked her grandmother to make, so special! 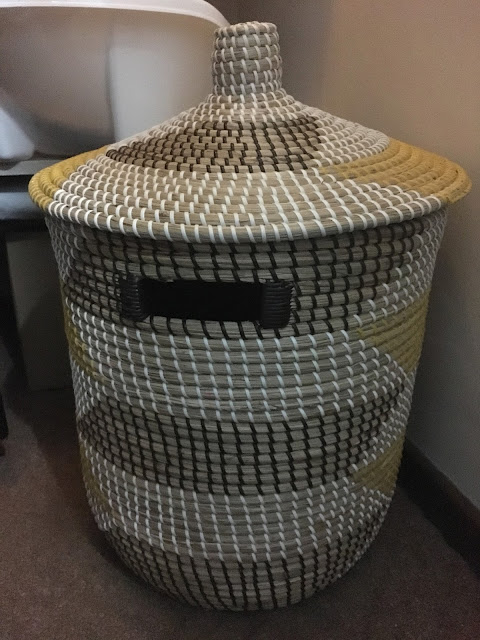 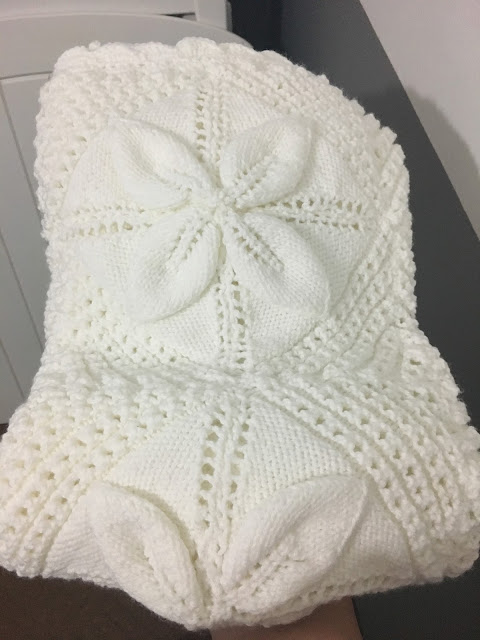 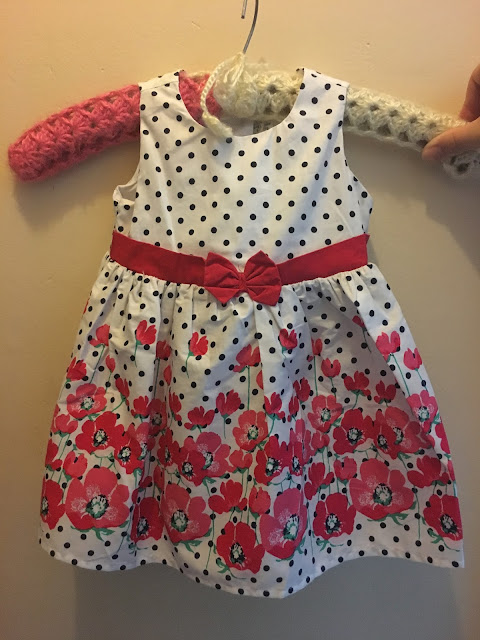 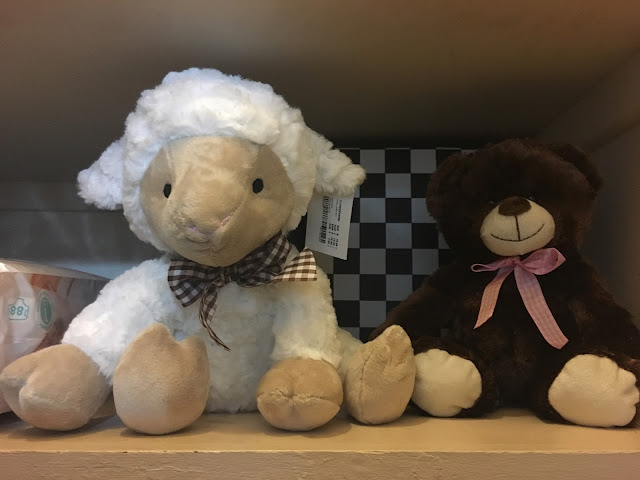 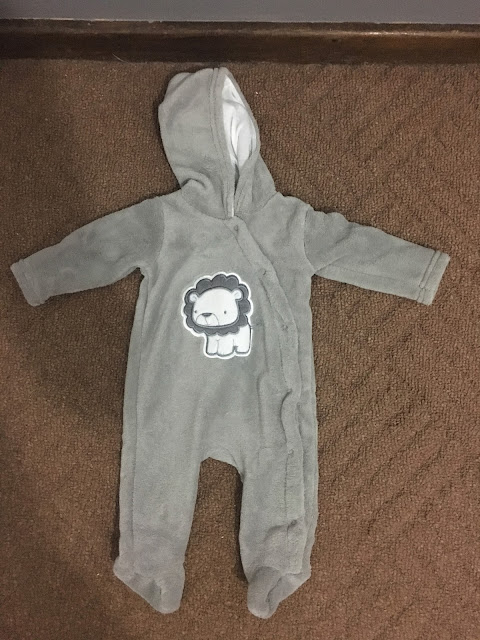 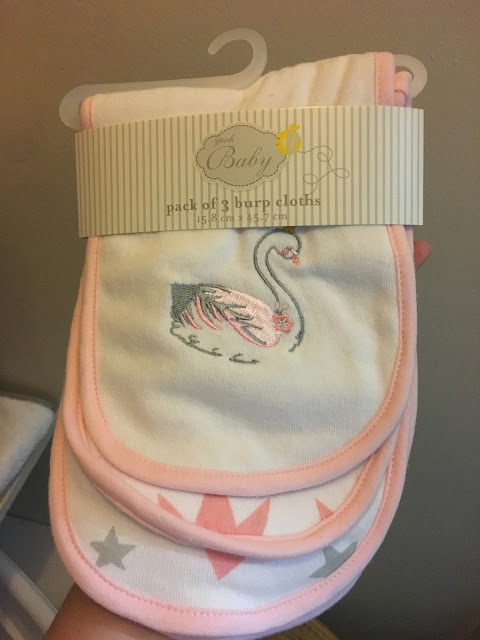 We also went to the Baby Expo early in December, and boy, was it an expensive and overwhelming day! I asked one of my friends who already has two small children for tips and she sent me a list of must-have items that are very well-priced at the Baby Expo. With this list on hand I made a spreadsheet of everything that we need as well as the corresponding prices at different stores. That way I could compare these prices to the Baby Expo prices to see if it was really a good deal (it mostly was) and then I could refine my shopping list. Nerdy, right? I live for stuff like this! On the day of the Expo we went in armed with our shopping list. About seven hours later we left there with a car full of stuff, empty wallets, and sore feet. We now have enough diapers and wipes to last us a good six months. We also bought a baby carrier, a baby wrap, a microwave steriliser, a nappy bin, nappy bin refill cassettes, a breast pump (so expensive, but such a good deal), Sudo creme, Bio-Oil, and a travel system. The travel system we settled on was a Maxi-Cosi carseat in a Double Trouble stroller frame plus a carry cot which will double up as Olive's bassinet in our room for the first few weeks/months. The travel system was delivered to my work a week later, for which I was very thankful, as it would not have fitted into our car on the day of the Expo!

I decided to not buy anything clothing-wise unless it is an absolutely super cute onesie as I want to give family and friends the opportunity to also spoil Olive (as I know they will!). I did, however, see an adorable onesie on the Woolworths website that says "The snuggle is real". I have to get that!

As far as symptoms go I am still extremely lucky in that I don't feel sick at all. I'm "supposed" to get backaches now as well, but I've maybe had two days with backaches and that's all. I am, however, struggling with heartburn that is sometimes so bad that I fear I'm going to throw up. I keep a bottle of Gaviscon chew tablets in my handbag and I found that chewing one immediately relieves my heartburn. When we got back from Italy both my feet swelled up even though I wore my compression socks. My left ankle continued to stay swollen for a few days after that, but I had hurt my foot in Italy so I assume the swelling was due to that. Luckily it went away after about four days. Now when I feel that my feet are feeling "heavy" or that my legs hurt (I can't stand for too long at a time) I sit on the couch with my feet up, which really helps. Bending down (and getting up again) has also become more difficult, especially when I'm already tired. Some days are much better than others and I try to get my housework done on the good days!

My appetite has also increased and I'm enjoying eating even more than usual! I try to eat healthily but since I'm not picking up a lot of weight I often pig out and eat whatever the heck I want. My bump has also expanded a lot since Italy and I am now very clearly pregnant. Those colleagues at work who I didn't tell personally are also figuring out my secret one after the other.

Very little of my pre-pregnancy clothes seem to fit me anymore, it's only the maxi dresses that still fit. Two weeks ago I wore a pair of work pants and decided that that was the last time I would wear them before the birth. I have to button my pants below my belly and now they either start wiggling their way down, or they pinch my belly, which is very uncomfortable. I can still wear my one pair of boyfriend jeans and apart from that I'm living in leggings (black ones from H&M and Woolies) and black flower-printed pants from H&M's maternity range. Another big problem (pun intended) now is tops: all my pre-pregnancy tops are sitting very...taut on top of my belly and it's making me feel self-conscious. I've since been shopping, but it's difficult because I know it's only for a little and I don't want to do a wardrobe overhaul for only a few months. I did pick up a few dresses (two dresses from Mr Price and a dress from Due South of all places, as well as a maternity top from H&M). As for underwear I had to buy two maternity bras, so sexy (not)! The Carriwell one I got at the Baby Expo and is a drop-cup breastfeeding bra. It's very comfortable to wear but it's a gigantic piece of material... The other bra is also from Carriwell but is a lace breastfeeding bra: you pull it on over your head like a crop top; it doesn't have clasps or anything. It's very comfortable and I've even slept in it.

I've also almost used up an entire large bottle of Bio-Oil, definitely a first for me! The more my skin is stretching to accommodate the growing baby, the more it itches. Applying lotion helps, but only somewhat. Another life saver is, sorry for the TMI, panty liners. I've been needing them much more frequently lately and I'm investing in big boxes - I'm buying them in bulk now...

I've also started feeling Olive kick these past two weeks or so and it's really an amazing feeling. The husband has also felt her kick and it's so great to be able to share this with him. He gets so excited when he feels the gentle kicks!

That's all I can think of in terms of updates, please let me know if you have any comments or questions.