As mentioned in a previous blog post, my husband and I went to Swaziland for our second wedding anniversary. It's so weird driving just three hours from home and having to use our passports! Getting through border control was a breeze and the people were friendly and quite efficient. 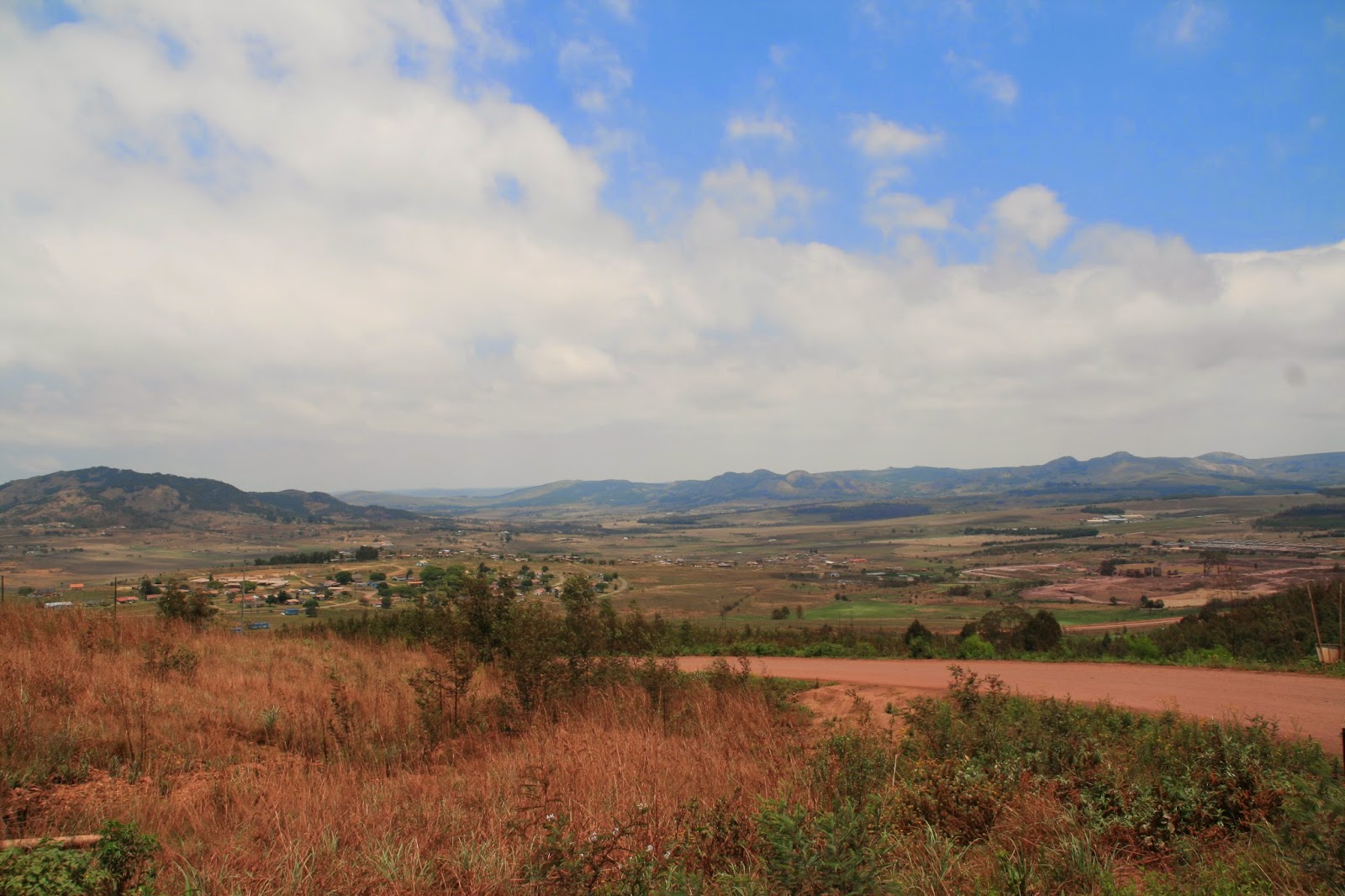 We drove another half an hour or so to get to our accommodation. On the way there we stopped at the Ngwenya Glass Factory that we've heard a lot about. They make recycled glassware and you can stand above the workshop and see how they blow glass and make everything by hand from wine glasses to ornaments in the shape of giraffes and elephants. 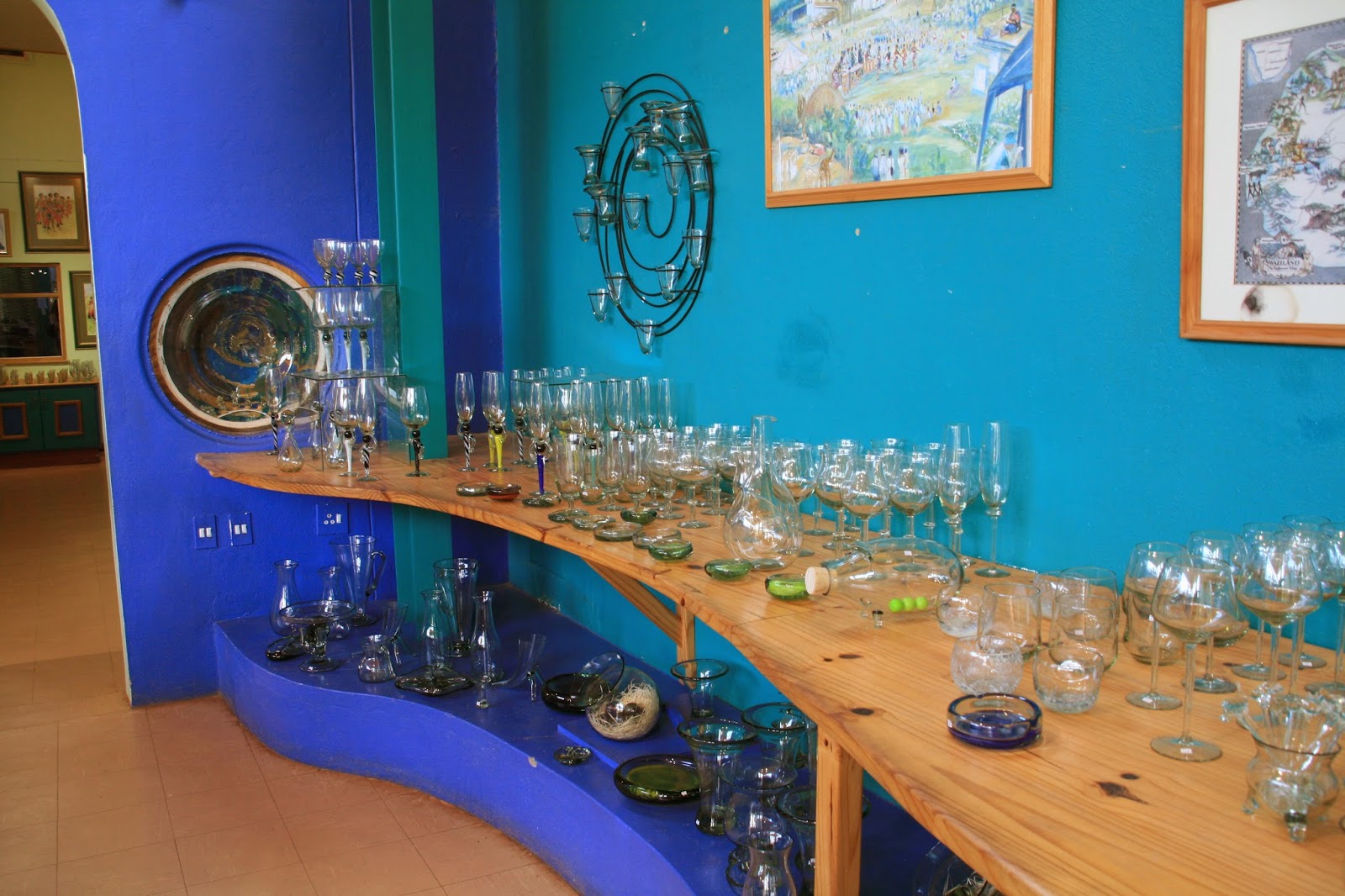 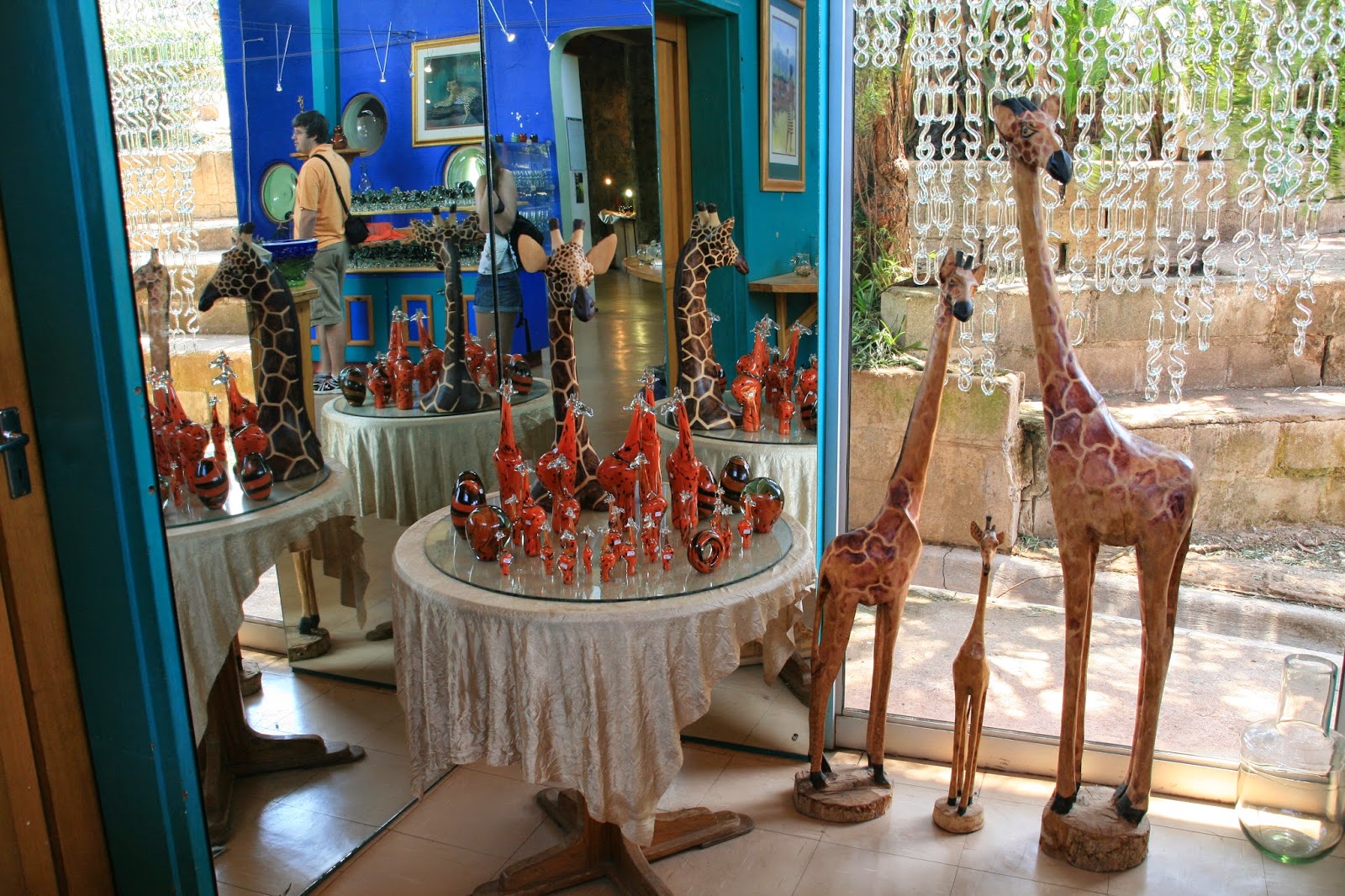 We arrived at the Maguga Lodge which is the only accommodation next to the dam. We really couldn't have picked a more beautiful location!  Swaziland uses hydroelectricity to power the country, and most (if not all) of it comes from the Maguga Dam. 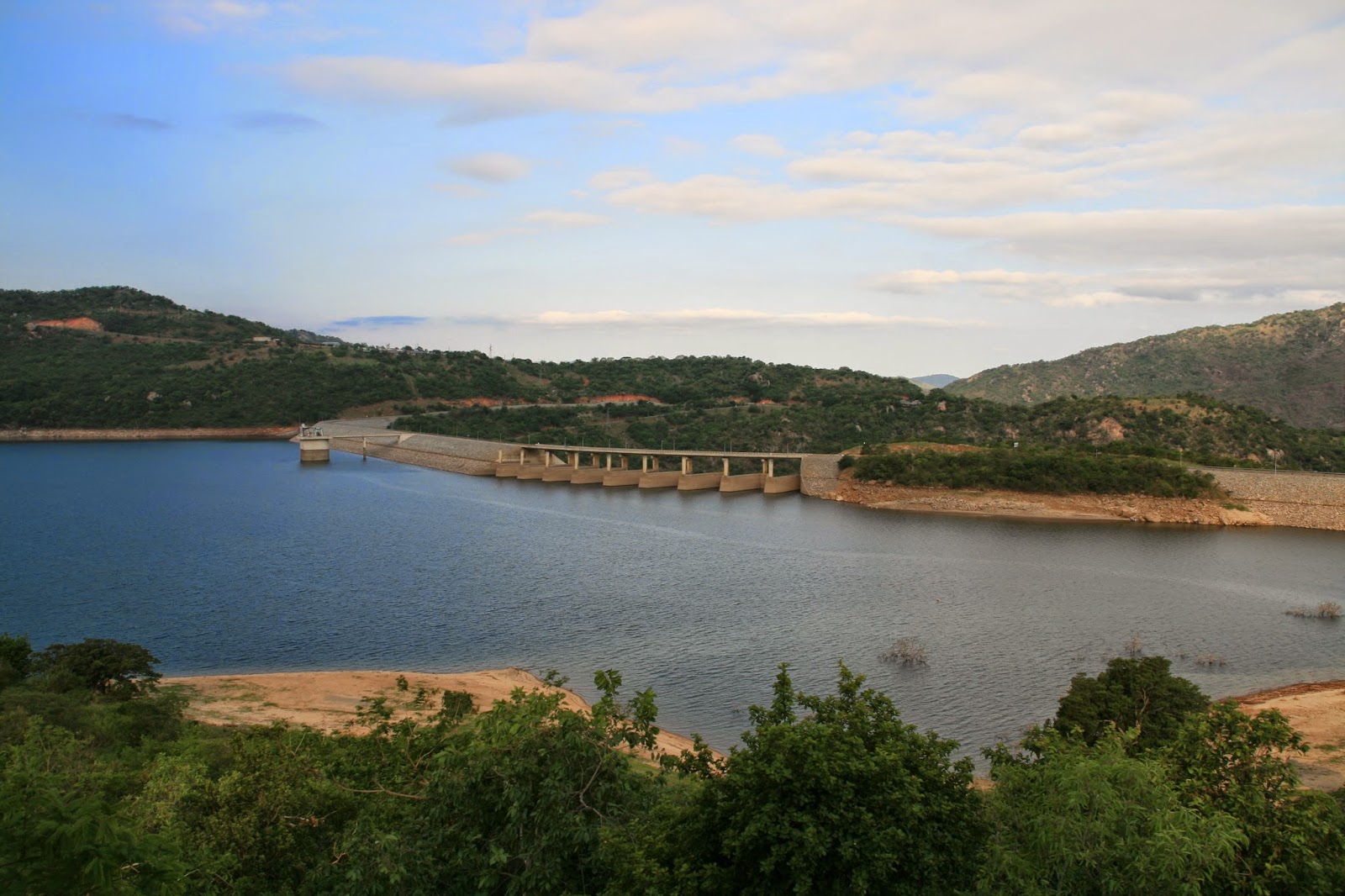 The dam is absolutely breathtaking and although our rondavel didn't have a dam view, we could see it from pretty much everywhere else. Most of the rondavels are divided into two, and are rented out as two separate rooms. I'm not a fan of round rooms, so the fact that I had a straight wall behind my head while sleeping was quite comforting! It was rustic, yet clean and the room is quite large with a Kingsize bed, a television with DSTV, air conditioning, a butler's tray with a kettle and some coffee and tea, a vanity table of sorts, and a separate bathroom with a humongous shower. 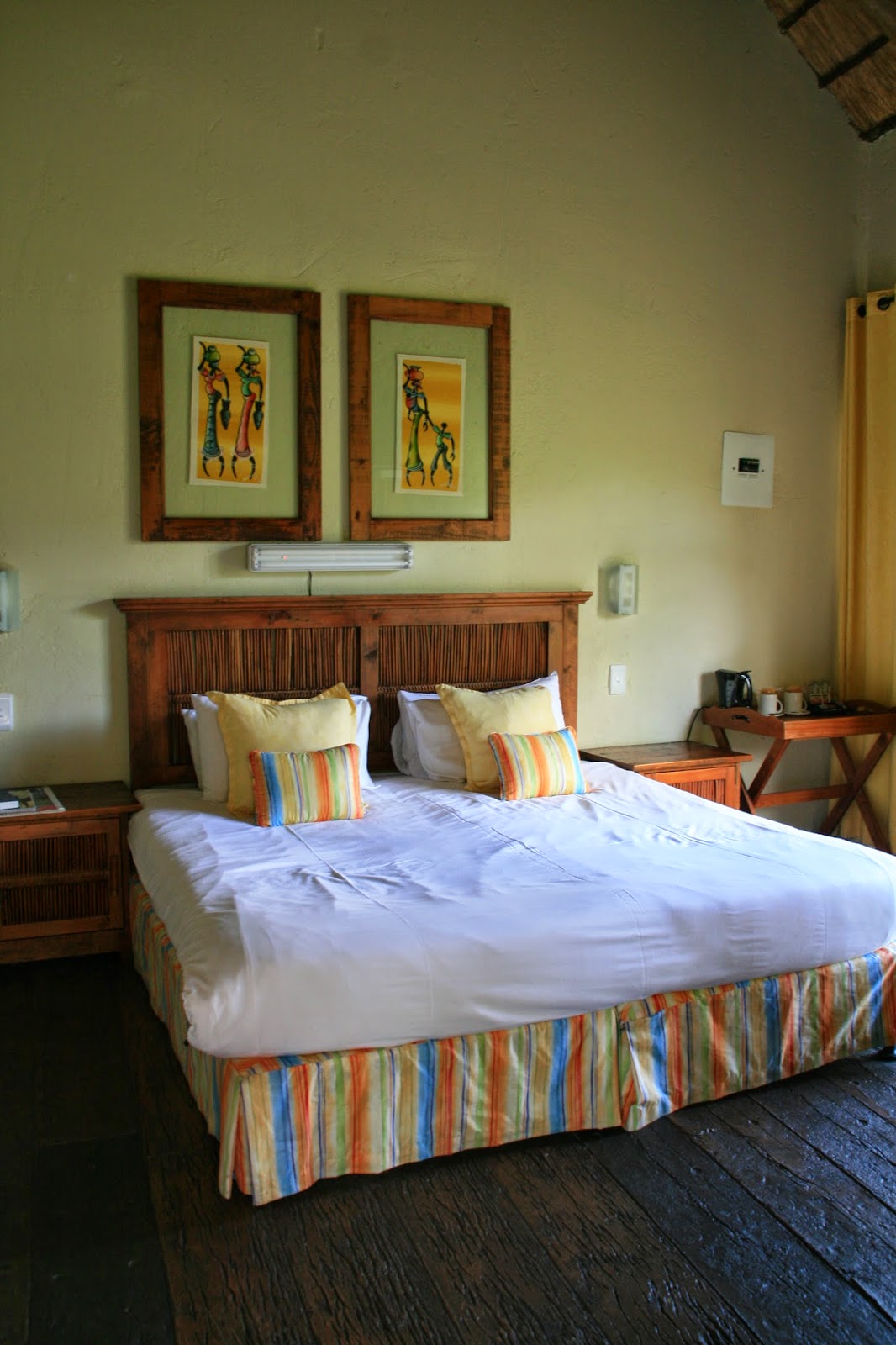 About 50 m from our rondavel was the main building with the reception area and the restaurant. The restaurant overlooked the dam and many times we just sat there with a drink and looked out over the peaceful dam. 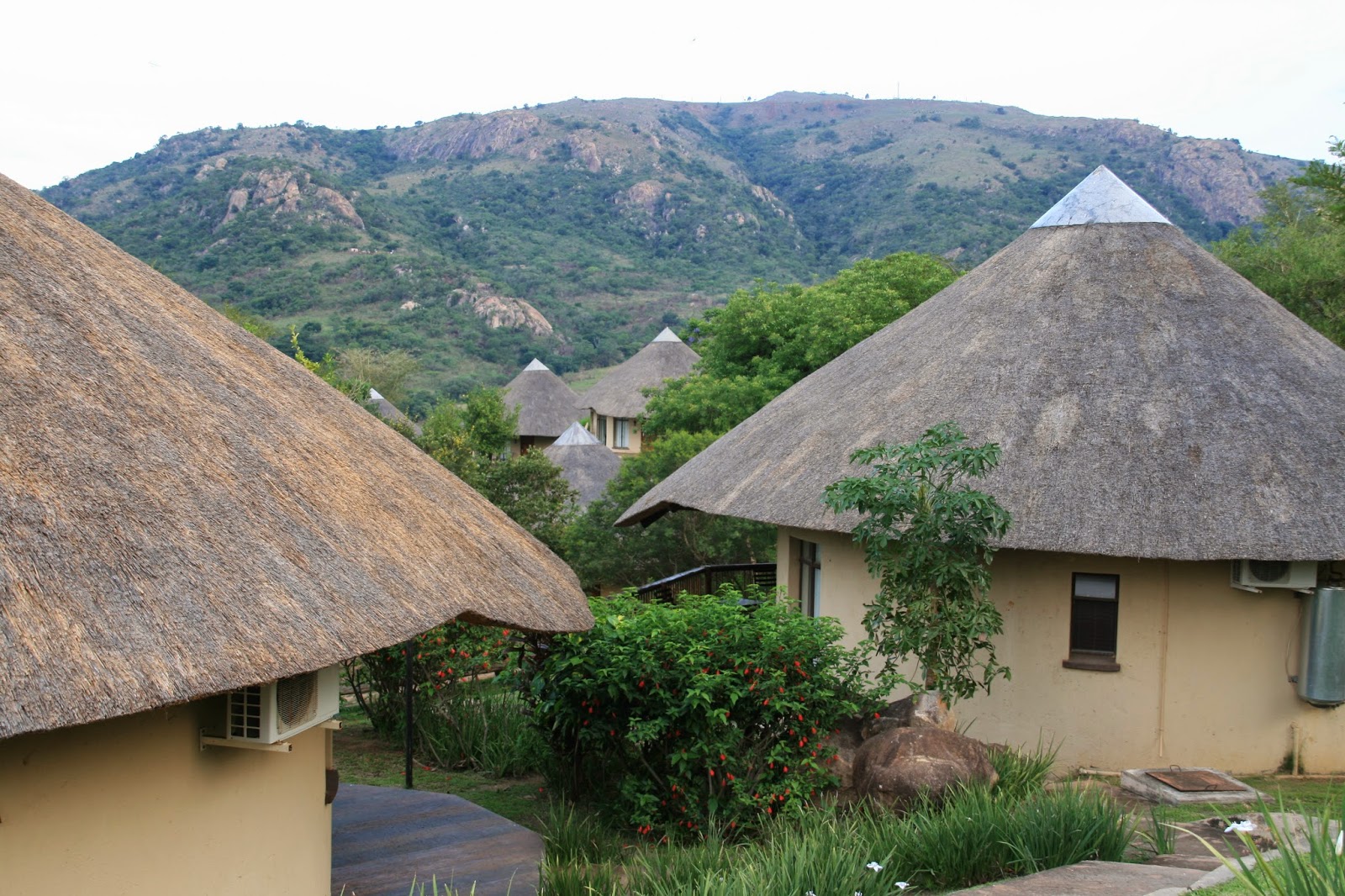 When we weren't at the restaurant, or snoozing in our room while waiting for a thunderstorm to clear up, we drove around and explored the western part of Swaziland. We made it as far as Mbabane (the capital). All the towns we saw were small and rural, but Mbabane is a city with a CBD and lots of cars and big buildings. On a much smaller scale than, say, Pretoria, but still much more busy than the rest of Swaziland. It's also a treat driving on the highway in Swaziland: they have a grand total of two lanes going in a certain direction, and there is hardly ever more than four or five cars in front of you. And by "in front of you" I don't even mean "close to you"! Due to the light traffic the highway is in a very good condition. When we got closer to Mbabane the traffic got heavier, and there were also quite a few trucks on the road. 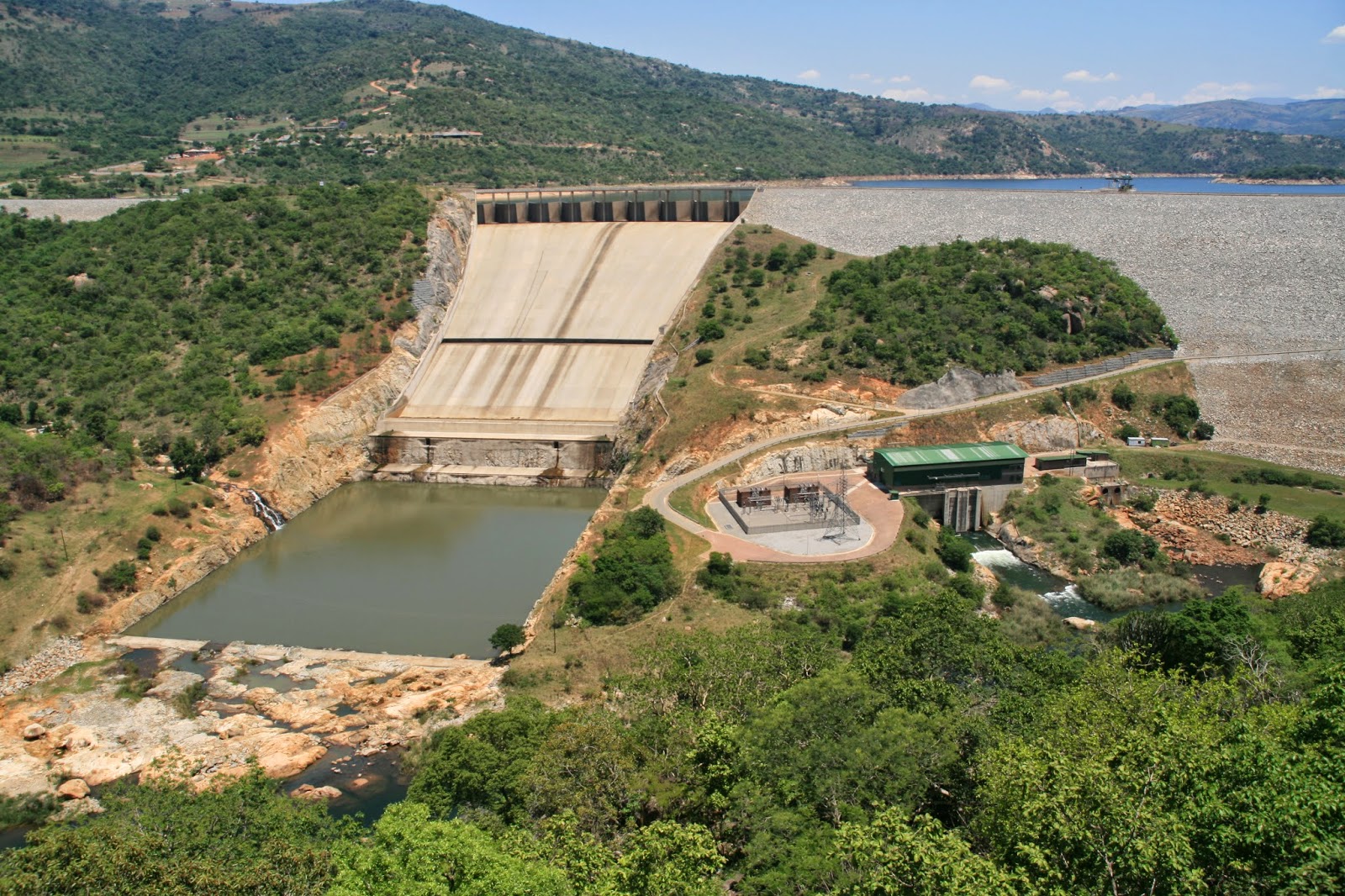 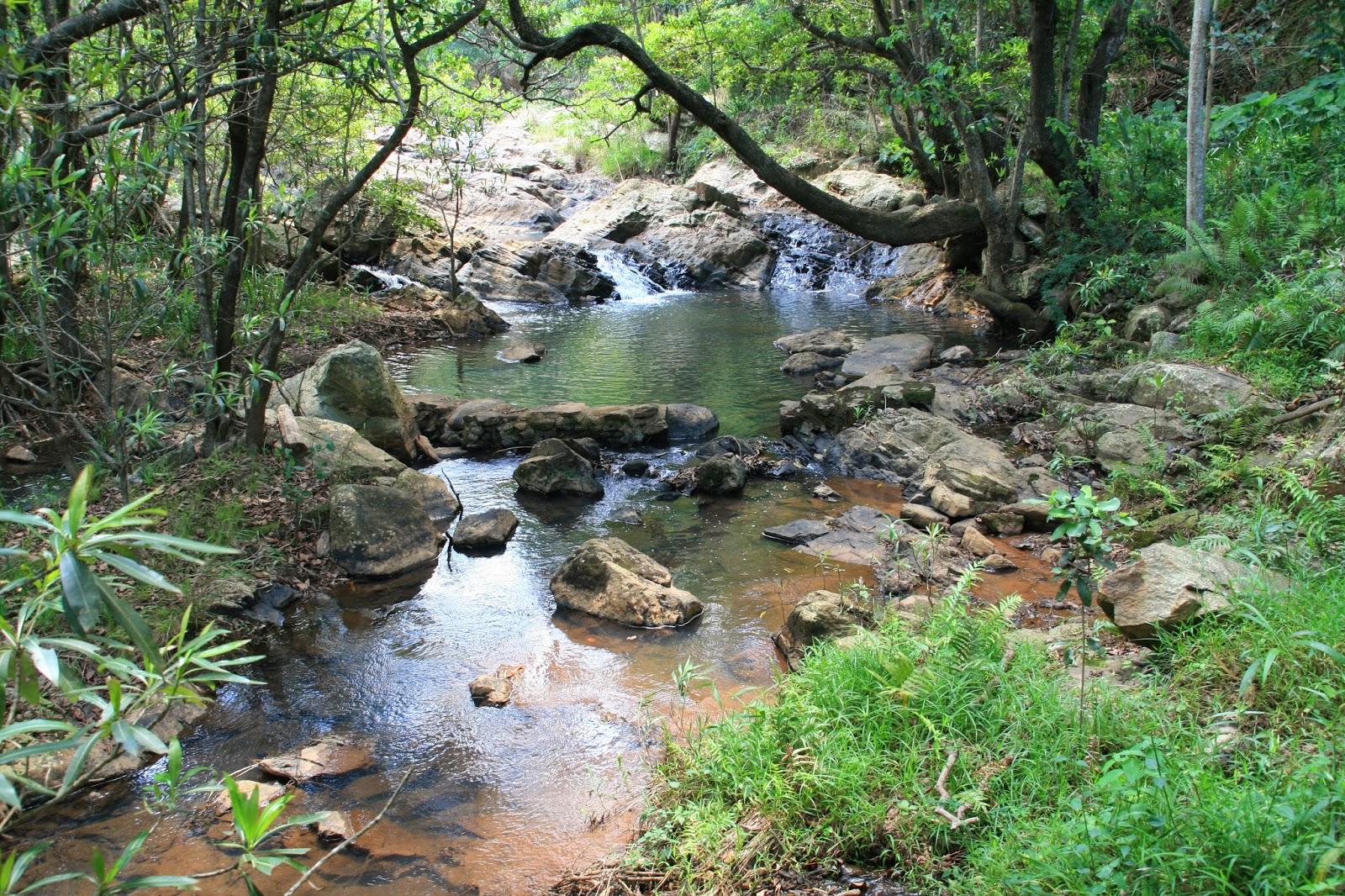 We also visited the Phophonyane Falls in Pigg's Peak and the Milwane Wildlife Sanctuary in Lebombo. Both were quite beautiful and definitely worth a visit, as is the rest of Swaziland!

Things to note before visiting Swaziland: 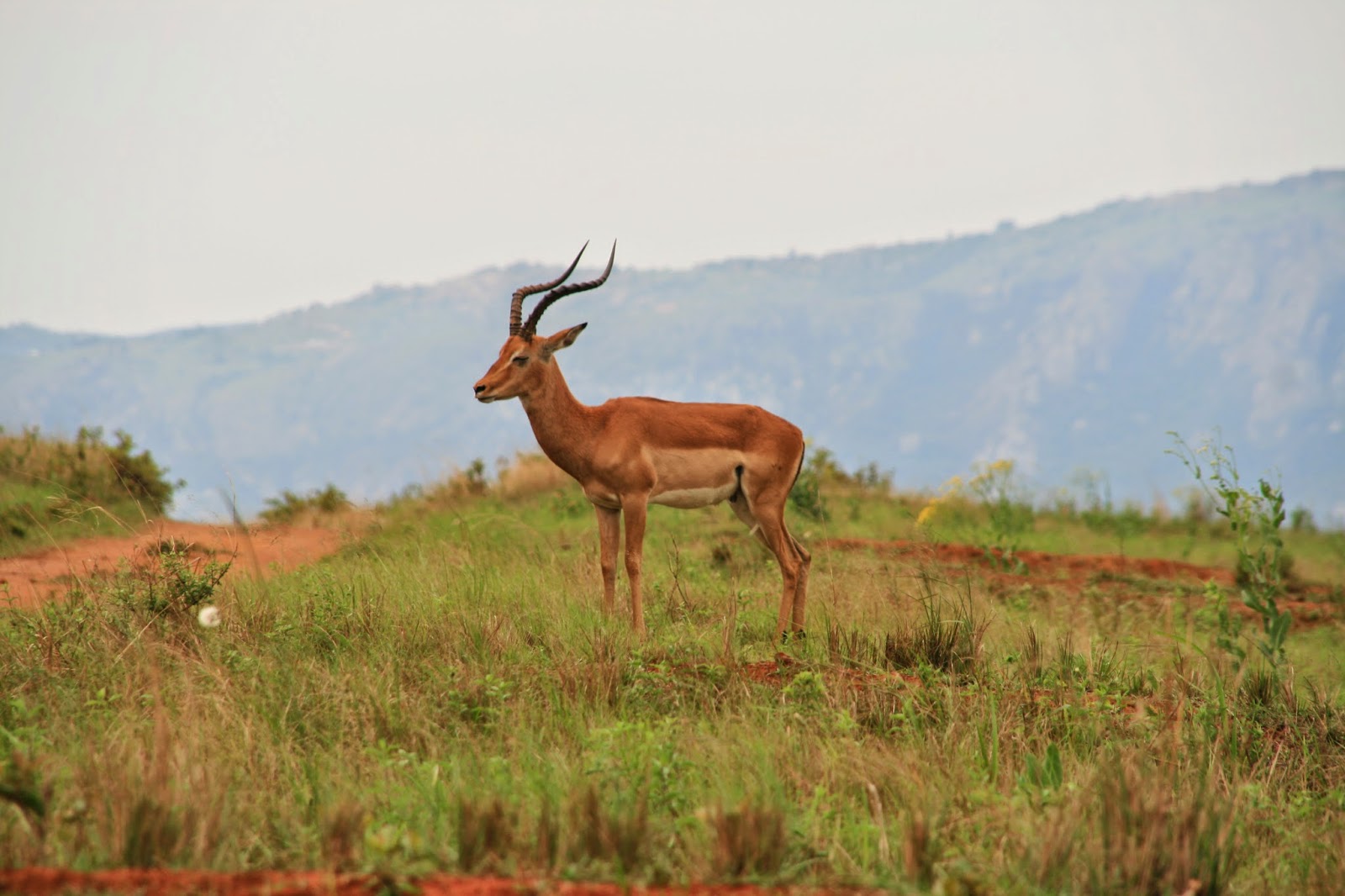 I hope you enjoyed this little travel interlude! Let me know if you would like to see more of these types of posts.